Kraków, Poland – history, nightlife and when to visit

Visit Kraków, Poland, for it’s history and nightlife. Unlike the battered city of Warsaw, Kraków was almost untouched during World War II. Today, the former capital of Poland retains its historical character and its title as the cultural heart of the nation.

The Rynek is the largest medieval market square in Europe, and in summer it’s abuzz with pavement cafés. The monument to Adam Mickiewicz, a famous Polish poet, in the middle of the square is a common meeting point for locals.

If you’re lingering here, listen out for the Kraków bugle call or hejnal (pronounced hey-now), played on the hour from the highest tower of St Mary’s Basilica. Then wander round the Sukiennice (Cloth Hall), which slices the square in half. Formerly Kraków’s chief trading centre, these days it’s a glittering tunnel of amber jewels and souvenir stalls. 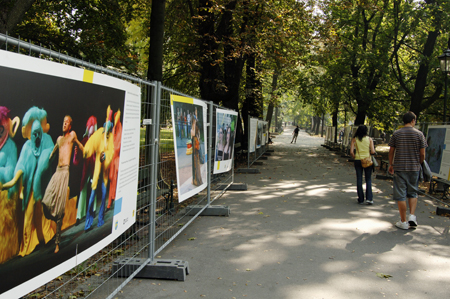 For something different head to Kazimierz. Home to the city’s Jewish quarter, this suburb lay neglected after World War II but since the 1990s has seen a string of bohemian bars and cafés open. The area is also dotted with synagogues, cemeteries and museums, which act as a reminder of the oppressive Nazi reign.

By night, Kraków springs to life. Alfresco cafés are ditched in favour of cellar bars and clubs around the Main Market Square, while Kazimierz is abuzz with hip bars. CK Browar (ul Podwale 6-7) is an Austro-Hungarian style pub where non-filtered, unpasteurised beer is brewed right in front of you.

Alternatively, travel back in time to communist Poland at Club Lubu Dubu (ul Wielopole 15) where everything is retro, including the music. Try local lagers Zywiec or Okocim or, if you fancy something stronger, go for a shot of proper Polish vodka.

Ask for Wyborowa, bittersweet Zoladkowa Gorzka or Zubrowka, which is often drunk as a cocktail known as szarlotka (apple pie). 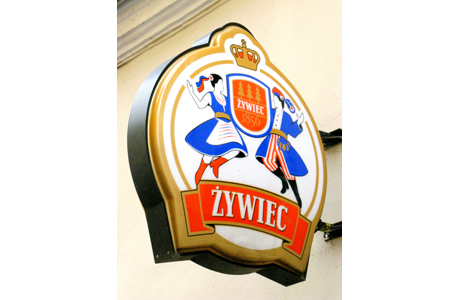 Anyone who visits Kraków should see Auschwitz-Birkenau concentration camp, where the Nazis murdered up to 1.5 million people during World War II. The site was protected shortly after the end of the war to ensure the world would never forget the atrocities.

Also worth a visit is Wieliczka Salt Mine (included on Unesco’s World List of Cultural and Natural Heritage) on the southeastern outskirts of the city. The museum is one of the biggest underground mining museums in the world.

WHEN TO GO: Summer can get very warm, while winters can be freezing.
GETTING THERE: Ryanair (ryanair.com)and EasyJet (easyjet.com) both fly direct to Kraków from London.
VISAS: South Africans need a Schengen visa.
CURRENCY: Polish zloty. 1 GBP = 4.9 PLN.
LANGUAGE: Polish.
GETTING AROUND: Kraków can be explored on foot. Visit Auschwitz by organised tour for about 100zl.
For Wieliczka, take the 304 bus from Dworzec Glowny Zachod.
GOING OUT: It costs about £1.50 for a beer.
ACCOMMODATION: A bed in a dorm starts from £8 a night, while a private room costs from £17.