Legendary London: Live in the areas where London’s most historic figures made their names

And yet, it’s so easy for this city’s slickers to skip by the character of the past and wind up in the nondescript ‘burbs.

So here are a few areas packed with personality, which inspired literary greats,  where gangsters ruled and rock stars first riffed.

This is how to start living history.

Legend has it: Charles Dickens lived, worked and hung out in this famous part of town, and would conjure up stories at Rules (rules.co.uk), which is now London’s oldest restaurant, dating back to 1798.

Live: This central location doesn’t come cheap. David J W Smith, senior negotiator at EA Shaw, tells us: “The majority of converted apartments in the area will be found in Victorian and Edwardian buildings, usually above commercial space. 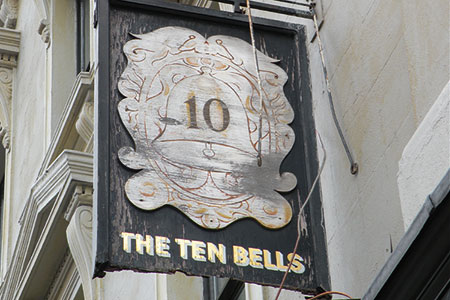 Legend has it: Serial killer Jack the Ripper roamed around here in 1888 before he murdered his victims.

Back then, he was known as the ‘The Whitechapel Murderer’. Two victims, prostitutes Catherine Eddowes and Elizabeth Stride, were said to be regulars at The Ten Bells, a pub still on Commercial Street.

This part of town was sketchy a century ago, but many locals say it was ‘cleaned up’ when the Kray twins, Ronnie and Reggie, and their famed gang The Firm, were at the height of their power. 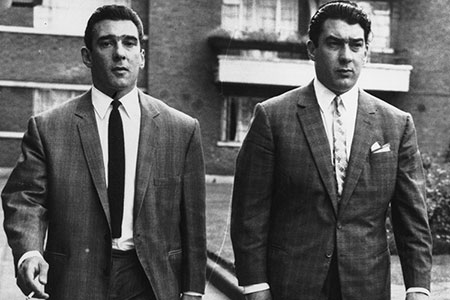 Legend has it: Soho’s all about late-night clubs now, so not much has changed since the 1800s, when the area was packed with prostitutes, dance halls and small theatres.

As Thomas Burke wrote in 1915: “When the respectable Londoner wants to feel devilish he goes to Soho.”

From the Thirties to the Sixties the many pubs made a killing off poets, artists and writers, such as Dylan Thomas.

In the Sixties, the Rolling Stones first performed in The Marquee Club and in the Seventies the Sex Pistols made their name while living at 6 Denmark Street – today the road is known for its clutter of musical instrument stores, so the next big music movement could start here, too.

Eat and Drink: Book a table at La Bodega Negra, a Mexican restaurant behind a sleazy sex shop front.

Live: Smith reckons only party animals need apply: “Those looking for the quiet life should avoid Soho – the area never sleeps.” One-beds cost around £600 a week.

Legend has it: The first Governor of Australia, Admiral Arthur Phillip, lived on Bread Street when he joined the Royal Navy in 1755 before setting sail for Oz. On January 26, 1788, he arrived at Sydney Cove, the first Australia Day.

In 1593, William Shakespeare once lived in Bishopsgate before apparently buying a house near the Blackfriars Theatre.

Eat and Drink: Word is that a fave Dickens drinking hole when he was creating Great Expectations was the ominous-sounding Dirty Dicks.

Live: Parts of the City are surprisingly affordable, according to Davenport. “Average rental prices for a one bedroom is £400 per week,” he says.

Fancy a property with a bit of history to it?

“The City has some very old conversions in EC4,” he tells us, though there are modern apartments built in the Nineties, too.