Lest we forget: TNT remembers fallen Anzac soldiers with expats in London

As hundreds of people lined the roads by the Cenotaph in London last Thursday to remember fallen troops, Stacey Wilson, 30, from New Zealand, summed up what Anzac Day means to Antipodeans in 2013.

Earlier, more than 3000 expats turned out for the 5am Dawn Service in Hyde Park to mark the 98th anniversary of April 25, 1915, when Australian and New Zealand Army Corps landed in Gallipoli, Turkey, during the First World War.

Clad in yellow and green or draped in their national flags, Aussies and Kiwis remembered the 44,000 soldiers who died during the campaign, including 8709 Australians and 2721 New Zealanders, in what’s seen as a conflict that defined the nations, creating a resilient bond.

Michael Hutchinson, 29, moved from Sydney four years ago. He said the service allowed him to carry on a tradition he started after spending Anzac in Gallipoli in 2009.

“My grandfather fought in World War II and Korea so I have always had a deep respect and appreciation for the sacrifice that he and his fellow veterans made. I was so moved by the experience [in Gallipoli] that I made a promise to myself I would ensure I attended a Dawn Service each year.” 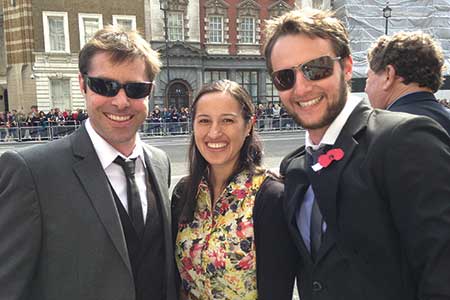 Jonathan Page (left), Australian: “It’s part of our history, so we should respect the fallen heroes. We should never forget the sacrifices they made. I think marking Anzac Day is getting more popular with new generations.”

“In a time of terrorism, when the enemy is often unknown and unseen, we honour not only those who have fallen over the years but those who continue to bravely serve us in places like Afghanistan and in peacekeeping operations around the world,” he said.

“On this day we remember our fallen comrades as the best of our breed, the saviours of all we cherish and the architects of who and what we are.” 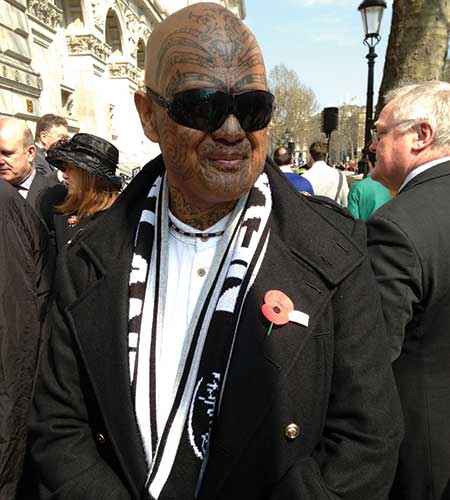 Ben Ward, NZ: “I’m representing my parents. My father was a Sergeant Major fighting in Italy. They’ve both passed away, so this is incredibly significant. My family still embrace it seriously, it keeps the memories alive.”

As services were held around the world, TNT headed to the wreath laying ceremony and parade in Whitehall. Soldiers, dignitaries, VIPs, politicians, backpackers and families turned out for the service, which included readings, hymns, prayers and music – including traditional bugle call the Last Post – from the Coldstream Guard Band.

Regional technical officer Stuart Thomson, 46, who served with the Australian army for 23 years, said the day isn’t only important for remembering Anzac soldiers, but for paying respects to all those who have fallen since.

“For me, it’s not just guys who died in warzones – a lot of my friends died in the Black Hawk disaster in Australia in 1996. I see it that any soldier that’s served whether in training or active service, this is a day to think about those guys and remember,” he added. 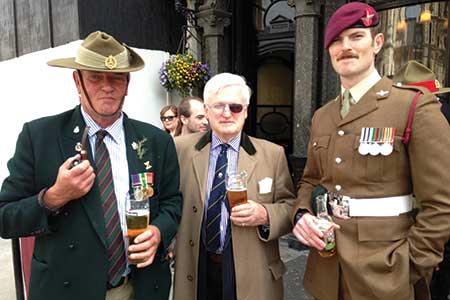 Private Dennis McIver (right), NZ: “I lost four mates last year while they were serving. We’re here to honour them with our mates and share it with people to get the message across how important Anzac is.”

After wreaths were laid by representatives including the Australian and New Zealand high commissioners, Reverend Jenny Petersen concluded with lines from The Fallen by Laurence Binyon, ending: “At the going down of the sun and in the morning, we will remember them.”

“We’ve worked so hard as a nation to build up Australia to what it is today and it’s thanks to the soldiers that fought.”She added: “I’m very proud to be Australian today.”

Is Anzac still relevant? How did you mark it? Send us your views and photos to letters@tntmagazine.com