Yes, people across the land are looking happier and clothes are getting skimpier (any connection?) – the Aussie summer is well and truly here. It’s the time when suddenly, whatever you’re doing, it’s better to do it outside – and the joy of spending a chilled night watching a film is no exception.

Indeed, “As the day’s grown longer and the nights become warmer there’s no better way to watch a than outdoors on a summer evening,” explains Ian Sutherland. He’s the general manager of Moonlight Cinema, the daddy of the Aussie outdoor film scene which is back for its 18th season this year, and we couldn’t agree more.

The long, hot Aussie summer is ideal for the world of outdoor cinema, which probably explains why you won’t have to struggle too hard to find one in a location near you. Moonlight is the biggest of the bunch, but whatever you’re after, whether it be classics, previews, to drink or see bands, there’s bound to be an event that caters to your tastes.

Here are some of our favourites. 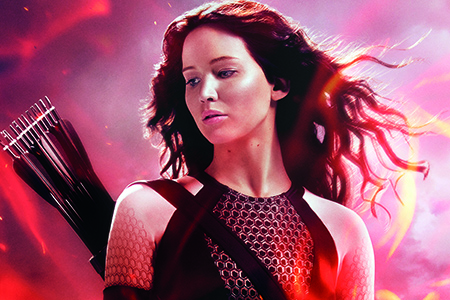 WHAT: The day the Moonlight Cinema schedule is released is always a joyous occasion – it means summer is here. With sites set in scenic spots in Adelaide, Brisbane, Melbourne, Perth and Sydney, films are shown almost every night from now until around March. The programme this go round includes a mix of classics like Top Gun and Life of Brian, Aussie favourites, like The Castle, and stacks of new releases, such as Anchorman 2 and The Hunger Games: Catching Fire. They’ve got 3D films and special sing-a-long nights too.

It’s definitely worth hiring a bean bag for $9 (unless you can face bringing your own rug/cushions). Food and drink is available there, but doesn’t come cheap, so take full advantage of the relaxed BYO setup by going with a picnic and booze.

WHAT: This touring event has a couple of extra tricks up its sleeve – live music and, unsurprisingly, a slight obsession with all things ice cream. Now in its 10th year but visiting more cities than ever before, Openair’s tagline is “music by day, movies by night”, and for good reason – top Aussie bands take to the stage on Saturday nights, with local DJs keeping it rolling throughout the week. Then, once the sun’s dipped below the horizon, the screen kicks into action.

The event has already finished up this year’s Brisbane dates but is still to hit Adelaide, Melbourne, Sydney, Canberra and Perth. Films range from classics like Crocodile Dundee, Labyrinth and Point Break to newbies such as The Hobbit: The Desolation of Smaug and upcoming Ben Stiller flick The Secret Life of Walter Mitty. 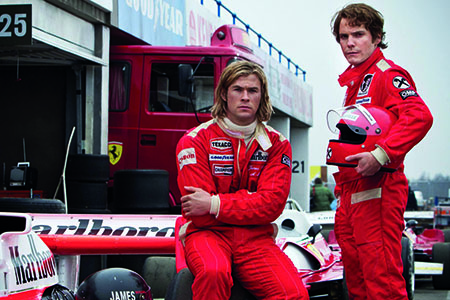 WHAT: You’d be hard-pushed to find a cinema screen with a more spectacular backdrop anywhere in Australia, if not the world. Set right in the heart of Sydney Harbour, the screen emerges from the water, offering views of the Harbour Bridge and Opera House to either side, just in case the film isn’t quite holding your attention. Less is more, so they say, and that’s very much the case with this event. It’s a short season, with high prices. Still, it sells out fast and is worth the experience, even if the movie isn’t your first choice. This year’s list of 33 films is set to be released on December 13.

HOW MUCH: $33 plus a bf. Tickets go on sale Tuesday, December 17 – they normally sell out very fast. A limited number are sold on the door each night.

WHAT: Set within a limestone walled garden in the heart of Perth’s Mosman Park, this outdoor screen fest is one of the best in the west. Run by Luna Palace Cinemas, it features a selection of top views, including The Counselor, Rush, Oscar bait The Butler and stacks more, starting with a screening of Woody Allen’s latest, the high-rated Blue Jasmine.

WHAT: A definite contender for winning the cool stakes. Set bang in the heart of the Melbourne CBD, this is a rooftop bar and restaurant which is transformed into an open air cinema during the summer (except on Fridays). An extra bonus is that it stays open until 1am, so there’s no reason to rush for the exit as soon as the credits start rolling. The season starts with the Sydney filmed The Great Gatsby, includes the more unusual, such as Sharknado, plus upcomers like Outback murder flick Mystery Road. This one, however, concentrates on the classics as well – The Goonies, Pulp Fiction, Shaun of the Dead, Dazed and Confused and The Blue Brothers are some of the top picks. 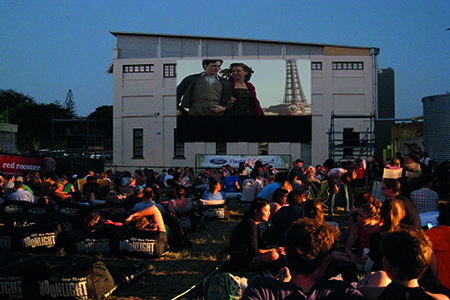 WHAT: The world’s largest short film festival returns for its 22nd year this Sunday, taking place pre-Christmas and in Centennial Park for the first time. The free, star-studded event, that always draws crowds in their thousands, features screenings of the 16 short films chosen as this year’s finalists, all incorporating this year’s theme of ‘change’. There will also be an open Q&A called Tropfest Roughcut, held the day before, which will feature industry insiders giving presentations on everything from direction and producing to writing and acting.

WHAT: Bondi’s very own international short film festival is into its 23 year and will take over the Bondi Pavilion for 10 days in January, with each session lasting around 100 minutes. This year’s festival is the first to have been given accreditation by The Academy (the people behind a little thing called The Oscars), meaning more entries from across the globe.

Save money with Christmas deals at British Airways, Argos and Pringles

Bristol introduces its own currency