Career choices, work life balance, finding our purpose, mental and physical health struggles, relationships, social expectations – as far females have come, and as privileged as we are, these things still hang over us. A weekend in Winchester not only proved to offer a little time for reflection, but also some lessons in the form of a certain Jane Austen.

Over the last few years, through numerous adaptations, modern takes and ‘sequels’ from other authors, Austen’s canon has continued to inspire readers. Whether it’s the strength and determination of  Elizabeth Bennett, Anne Elliot’s firm mind, or the buoyant imagination of Marianne Dashwood and her friends, her female characters have proven her literature to remain relevant. But it’s not only the characters who have proven influential – she was something of an inspirational woman as well, as we learned on our tour with Vanessa Silcock. 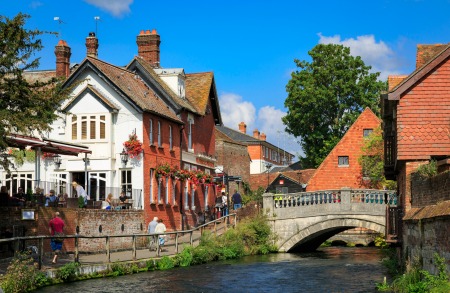 You don’t have to marry

Spinsterhood continues to be somewhat frowned upon, as much as we profess to be all about women’s choice, and the pressure to marry prevalent, even in 2017. Yet a fine marriage was not only ‘a truth universally acknowledged’ in the period, but an absolute necessity if one was to be able to function financially and socially in life. Despite this, Austen remained unmarried. Born in 1775, the second daughter of a Church of England clergyman, she was part of a not very well-off household, and the pressure to marry would have been profound. She received and accepted one proposal that we know of, but sleeping on it, the next day retracted her acceptance. Not only did she recognise that she did not have to marry, but she was also able to stand up for herself and her own needs.

In a word where male authors were the only ones truly recognised, she was brave enough to put her words out there. And tenacious enough to stick by them. At the age of 20, she completed early versions of Sense And Sensibility and Pride And Prejudice, but when her father, Reverend George Austen, wrote to a publisher in 1797, offering to send him the latter, it was turned down. In 1803 Susan was bought for £10, but the publisher failed to do anything with it. Her first novel , Sense & Sensibility was published in in 1811, anonymously. It would have been easy for Austen to give up. But she didn’t. In total it is estimated that she earned only £600 (now less than £20,000) from her books in total. On her gravestone in Winchester Cathedral the fact that she is an author was not even mentioned. But she must have enjoyed writing, in order to have continued with it for so long and in the face of such difficulty. The salary or CV was not what mattered to her. 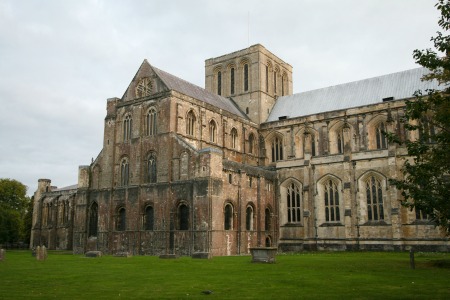 It’s ok to speak out against the norm

Like her characters, Austen challenged convention. When she started to write Emma in 1817 she knew that she would be ‘going to take a heroine whom nobody but myself will much like.’ The idea that a person’s true love and happiness is more significant than his or her social duties would have been considered distasteful and entirely baffling to many. As would her acerbic commentary on society. A woman’s right to stand up and follow their own passion is still often something we skirt around, but Austen addressed this in a subtle and compelling way.

Austen’s family were lucky enough to be born to a father who believed passionately in education. He supplemented his meagre clerical income by taking boy pupils as boarders, and whilst her brothers were taught here, Cassandra and Jane were sent to boarding school. Their access to a very well stocked library at home and the time allowed for literacy is an experience that not only allowed Jane to write, but permeates her novels. Her female characters are always well read, educated and spend much time reading. The house in Chawton where Austen spent the last eight years of her life, from 1809 to 1817, is now the Jane Austen House Museum. Here it is still possible to see her writing desk and the environment in which she finally flourished as a writer, as well as visit the nearby Chawton House Library housing a collection of women’s writing and encouraging research and knowledge of early female writers with the aim of inspiring today’s. 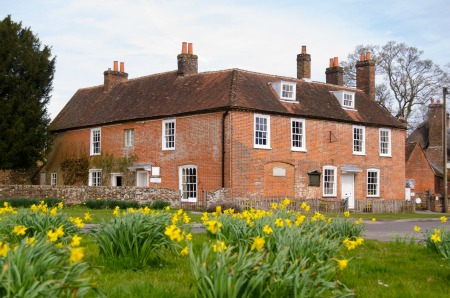 Two hundred years after Jane’s Austen’s death, in 8 College Street, there’s still so much on offer.  Whether you’re on Austen geek or brand new to the author, get stuck in and discover. There’s plenty to learn.

Pistorius gets five years in jail for killing Reeva Steenkamp