While similar races got underway across the country, the (yule) tide of red and white at Liverpool was the biggest extravaganza. Women were clad as Mrs Claus and some others were in fancy dress, all taking part in a 5km run for charity. 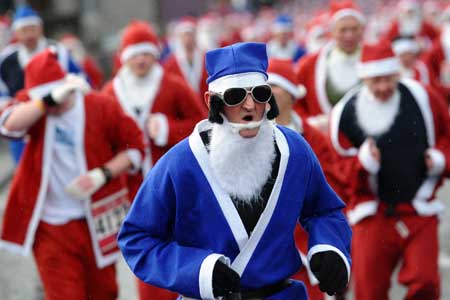 But not all the Father Christmases wore red. 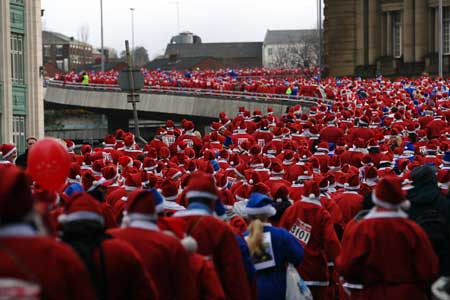 Manchester also experienced an influx of white and blue – the colours of Mancheter City Football Club – as thousands defied the rain to take part in the annual Sky Blue Santa Stroll. 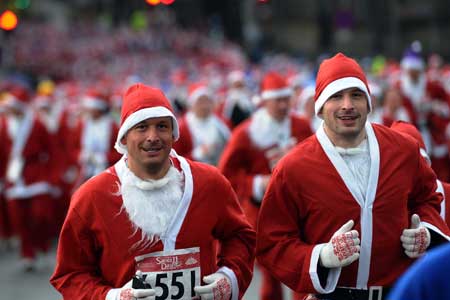 The race began after manager Roberto Mancini and ex-midfield maestro Patrick Vieira battled in vain to get the damp starter horn to work. 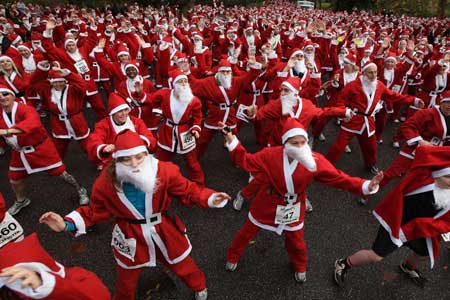