Team GB have surpassed their gold medal haul in Beijing and notched up the biggest gold medal tally since the first London games in 1908.

To champion this fact, yesterday’s Daily Express had spread across its front cover gold medal winners triathlon champ Alistair Brownlee, cyclist Laura Trott, the Team GB dressage team and cycling hero Sir Chris Hoy, only for it to be pointed out later to red faced editors that the dressage team were in fact Dutch trio and not the British.

Fair enough, the dressage stars might not be s famous and recognisable as Hoy, but there were some easy indicators that the trio pictured were not who the newspaper suggested they were: the orange adorned their clothing could have been a hint that they were in fact not British, so too the fact that the medals hanging round their necks were bronze and not gold!

The gaffe was quickly spotted and passed around social networking sites, with the BBC’s Clare Balding even pointing out the blunder to the real Team GB dressage team. 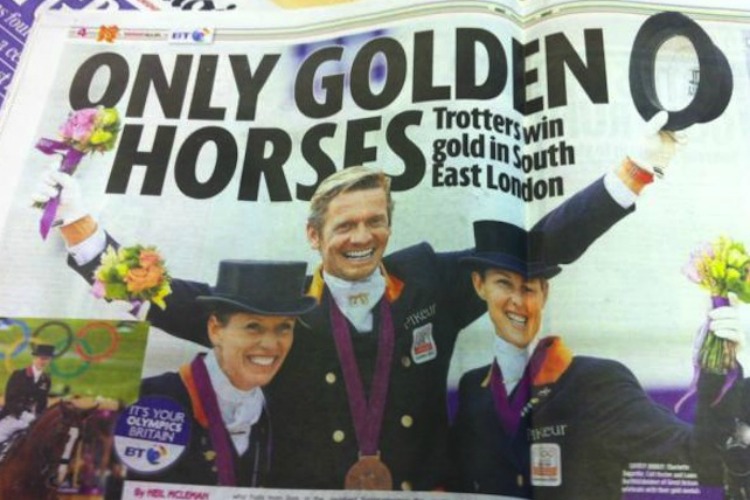 The Daily Mirror made the same screw-up with a huge double page spread – still, they look very happy and it makes a nice photo…

Marshall ‘The Tampon’ ready for Roos