London will celebrate Chinese New Year with a bang on Sunday, February 6.

The capital will be awash with red and adorned with lanterns to mark the Year of the Rabbit.

More than 250,000 people will turn out to witness extravagant displays of dance, music, puppetry and acrobatics in the biggest celebration of its kind outside of Asia.

Whether your interest in Chinese culture extends to the ancient Manchu Qing dynasty or just a special fried rice from your local takeaway, this is a celebration not to be missed.

Although Chinese New Year officially falls on Thursday, February 3, all the action is on the following Sunday.

Stands, stalls and marquees will line Chinatown, Shaftesbury Avenue, Trafalgar Square and everything in between.

Impromptu parties will break out and Chinatown’s usual frenzied pace will be turned up a few notches. Expect restuarants to be hectic.

The action kicks off from 11am at Trafalgar Square, where the entertainment will include Mongolian bowl dancers, Chinese and Tibetan singers, the Hua Dan dancers of the Beijing Opera and a host of other traditional and contemporary toupes and solo performers.

There’ll be a dazzling pyrotechnic display as well.

The peckish will be well catered for with a host of stalls lining the square vending authentic Chinese cuisine.

This year’s event will be the culmination of months of planning by the the London Chinatown Association.

One of the organisers, Yip Kwan, can barely curb his enthusiasm.

“Chinese New Year in London is so fabulous. Chinatown bursts with colour and decorations. There are activities to try, great food to eat and a wonderful culture to witness.

The planning has been long and hard but it’s always worth it in the end. You really have to experience it.” 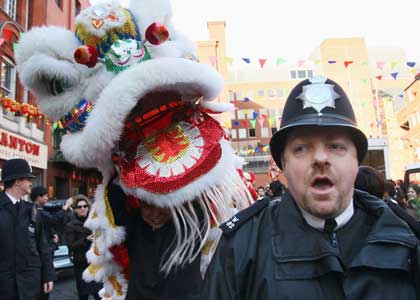 Chinese legend tells of the Nián, a man-eating beast which came out once a year to prey on humans.

Eventually people learnt to scare the Nián away with explosions, fireworks and the use of the colour red, giving rise to the traditional New Year celebrations.

The garish lion and undulating dragon are inextricably linked with this legend. In London, they will weave their way through the throngs, warding off evil spirits to the unmistakable cadence of drums, cymbals and gongs.

Purchase a small box of firecrackers from a Chinese shop and ping them at the dragon’s feet. It’s customary and said to keep the beast awake.

Endear yourself with Chinese people by  greeting them with ‘Gong Hee Fat Choy’, which is a wish for prosperity. 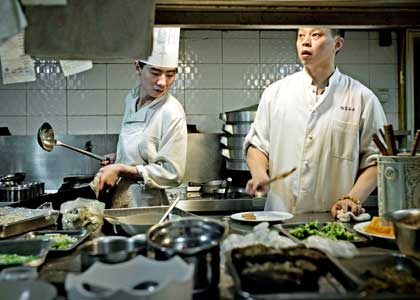 Get your chopsticks out as restaurants across the city celebrate with some special fare.

The Ping Pong dim sum chain has devised a special new year menu for large groups; Michelin-starred Kai Mayfair plans to offer its guests readings from a Chinese astrologer; Camden restaurant and bar, Gilgamesh will be transformed into a decadent Oriental paradise with a themed menu and cocktails; you’d be mad to miss Min Jiang in Kensington’s Beijing Duck, roasted in a wood-burning oven; and finally, diners at Lotus floating restaurant will be treated to a lion dance and a magician’s sleight of hand as they devour a sumptuous 10-course feast.

But that’s not all

The National Maritime Museum is hosting a Chinese-themed stargazing on Feburary 12, and on February 25, it has laid on a day’s worth of activities, including ribbon dance lessons.

Check out lion dancing and try your hand at Chinese arts and crafts at the Victoria and Albert museum on January 30.

Also, swing by Museum in Docklands on February 5 and 6 for a range of arts and crafts and traditional storytelling. 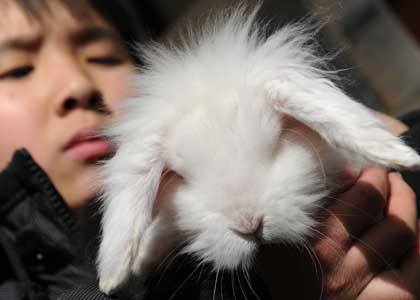 Year of the Rabbit

Each year in the Chinese calendar is represented by one of the 12 animals of the Chinese zodiac and 2011 is the Year of the Rabbit.

Their grace, calm demeanour and impeccable manners set them up for a career in diplomacy.

Unsurprisingly, they have an aversion to conflict, too. Just ask David Beckham, Angelina Jolie and Jamie Oliver who are all celebrity rabbits.

With the Year of the Rabbit just days away, nature’s floppy-eared symbols of good luck are apparently a hot commodity among Chinese communities across the globe.

Bunny paraphernalia has been flying off the shelves and pet stores are doing a roaring trade in the real thing. They make a less ferocious pet than the current zodiac animal, the tiger, that’s for sure.

‘We’re not horsing around’: Politicians issue ‘tongue-in-cheek’ warning on UK food, but do Aussies and Kiwis care about the horsemeat scandal?