Next on the group’s list was the Tate Modern, which enjoyed a rise of nine per cent in visitors last year to 5.3 million with a retrospective of Damien Hirst’s works a major drawcard. 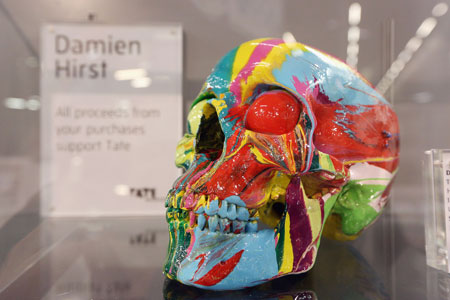 While ALVA said there was a lull during the Olympics, the recovery for London’s major attractions was “almost immediate” and once the year was out there was an overall 5.1 per cent increase in visitors at UK attractions.

A bad year for weather had a greater impact – out of the 30 attractions which recorded a drop of 10 per cent or more over the year, 27 were outdoors.

Among the British Museum’s top attractions was the exhibition by Turner Prize winner Grayson Perry, which included his own works alongside those from unknown creators from the museum’s extensive collection.

The Victoria & Albert Museum had its best year ever with a jump of 16 per cent to 3.2 million visitors, largely courtesy of its Hollywood costumes exhibition.

The five most visited UK attractions in 2012