What do deadly snakes and festivals have in common? Australia has more of them per capita than anywhere in the world. That’s Australia for you, life on the edge, full of thrills and spills and hey, what doesn’t kill you only makes you stronger, right?

Complaints aside, the best thing about Aussie festivals is the atmosphere. Sure, we don’t always get the big names or Kate Moss rolling around in the mud wearing short shorts, but we do have the vibe. The sun is shining (well, usually), the clothing is sparse (always) and people are generally having a sweet time, all for the love of the music.

So whether you like to dance, mosh, skank, sway, shuffle or all of the above, there will be something for you. And it doesn’t matter where you are, the festivals move around so as long as you can get to a capital city or sometimes even a country field, then you won’t miss out. 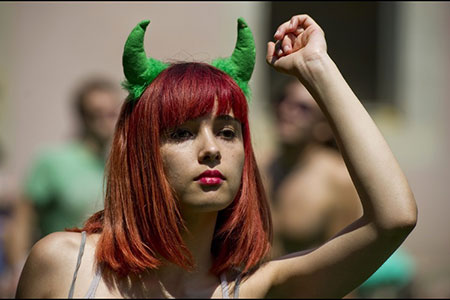 Hell, even Tasmania gets one of the coolest festivals in the country at New Year’s. Another great thing about festivals in Australia is the people watching. There’s the protein-shake, Aussie-flag loving blokes you get at the likes of Big Day Out and Soundwave, or the peaced out, bespectacled hipster girls at the likes of Harvest and Laneway.

Then you’ve got your hardcore, diehard festival fan who lives for the music, forgoing showers and getting on the green for the camp-out weekender festivals like the Blues and Roots or Peats Ridge. Or the show-offs who don’t really care about the music but want to be seen. They’re usually pepped up to the max, wearing their swimming costume (girls) or have their shirts off (guys) and want to be your best friend.

Try to avoid them. I could go on and on about festival stereotypes, but I won’t, because it’s not just about them. Making their way over to these shores for the festival season this year are artists like Bob Dylan, Kanye West, Snoop Dogg and the Arctic Monkeys. It’s an action-packed time though and many festivals sell out before you can say “can I jump the fence?” (indeed, many have already sold out, but check eBay and Gumtree for last minute sell-ons, also Facebook is a great way to buy tickets, just go to the festival page and check out the forums).

So, to help stop your head exploding trying to work out where, when and how much, here’s the low down…

What: Ease yourself into the festival season with some chilled summer sounds. The organisers are calling this one a “feeling” not a festival. Get on that wavelength with Portishead, The National, Bright Eyes, Death in Vegas and The Holidays.

How much: $150 bf. info: harvestfestival.com.au

What: The Aussie (and a few Kiwis) festival in Sydney’s Domain which gives you the very best in home-grown talent. Including Nick Cave (with his newish band Grinderman), Cut Copy, Pnau, Gotye, Ladyhawke and Danel Merriweather. 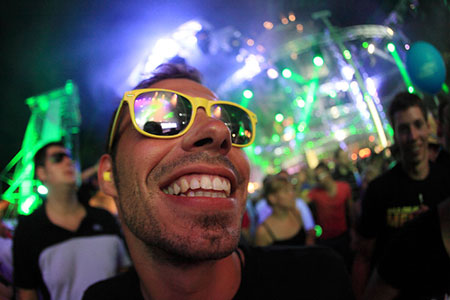 What: Consistently one of the best Aussie festivals, Falls is a three-day fiesta held at stunning sites near the beach in Lorne, on the Great Ocean Road, and Marion Bay, near Hobart, with the acts switching locations halfway through. Grab your tent and enjoy a great lineup which includes The Kooks, Arctic Monkeys, The Jezabels, Metromony.

How much:: Lorne is sold out, but it’s $216 bf for the three-day Marion Bay festival.

What: Burst into summer with some blockrocking beats. This year the line-up includes Armin Van Buuren, Afrojack, Carl Cox and LMFAO.

Festival of the sun

Qhat: A three-day festival known catchily as FOTSUN to locals. It’s located right on the beach. AND it’s BYO. This year’s lineup includes Art vs Science, Ladyhawke and Dan Sultan.

Finalists announced for Australia’s ‘best jobs in the world’ competition

A Guide to Gay Australia