However, the airline refused to apologise, with others calling the criticism “political correctness gone mad”.

Adams was awarded Olympic silver until Ostapchuk was stripped of her gold medal after testing positive for drugs.

Air NZ said it had received no complaints.

A Gangnam Style Christmas lights display in a street in Perth has been cancelled after proving too popular.Kim Illman has had to switch off the event, which uses 1000 bulbs and took 200 hours to set up, as too many people turned up, clogging up the street to the displeasure of local residents.

“Experience shows that those numbers build exponentially as we get closer to Christmas,” Illman said of the overwhelming popularity his display enjoyed, briefly.

“The prospect of such large numbers in a very small street over a number of weeks is simply unmanageable. There is also a very real safety risk.”

He promises to be back next year though in a new location where there is plenty of room for parking.

Believe it or not, experts are teaching rescued dogs how to drive cars. If early reports are to be believed, three pooches took just two months to master the basics of the road in purpose-made simulators (wooden carts).

Since then, the mutts have graduated to a modified Mini Cooper, where they actually sit in the drivers seat on their hind legs and use their front paws to steer.

Their paws go to extension levers which are attached to the accelerator and brakes so they can control the speed and direction of the vehicle, while they can also shift the gear stick with their other paw.

All of the driving dogs have been saved by anti-cruelty group SPCA.

Auckland chief executive Christine Kalin said: “This really shows with the right environment just how much potential all dogs from the SPCA have as family pets.” Barking! 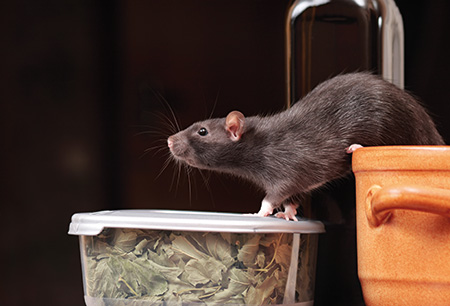 A Tooting curry house has been fined £20,000 after the restaurant owner killed a rat in front of health inspectors during an inspection.

New Chutney Express’s Rajakumar Rajalingram was being told his premises did not meet hygiene standards as rodent droppings could be seen on food preparation areas, when a rat appeared.

Rajalingram then killed the rat in front of health inspectors as they carried out an assessment of his take away shop.

“This was a shocking catalogue of hygiene and food safety breaches,” council spokesman on consumer protection Cllr Jonathan Cook said.

Does your fella love the smell of freshly baked pizza?

Then this new scent is for you. An unexpected response by pizza lovers in Canada has promoted Pizza Hut to release 100 bottles of pizza perfume.

The fast-food retailer joked last August on its Facebook page about bottling the smell of pizza – and after 1000 people said they liked the idea, they did.

Marketing agency Grip worked with Pizza Hut to design the limited-edition perfume, which smells of dough and seasoning.

“All we are trying to do is have some fun with our consumers,” marketing director Beverly DaCruz said. 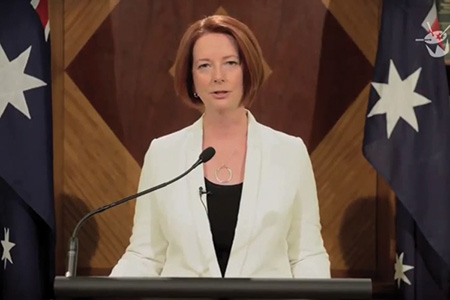 End of the World is Coming, says Gillard – Australia

The world is coming to an end, so says Prime Minister Julia Gillard.

She has confirmed the doomsayers are right and the apocalypse will hit this month. “My dear remaining fellow Australians,”

“The end of the world is coming.

It wasn’t Y2K, it wasn’t even the carbon price. It turns out the Mayan calendar was true.”

Gillard says while scientists at the CSIRO can’t confirm the news, she is confident Triple J’s prediction is correct.

“Whether the final blow comes from flesh-eating zombies … or from the total triumph of K-pop … I will always fight for you to the very end,” she says.

“And at least this means I won’t have to do Q&A again. Good luck to you all.”

5 things you forget to unbackpack