Lunch with a twist or two

Before you start with the 1990s Ferrero Rocher advertisement series jokes, based on a party in the European ambassador’s official residence don’t bother, it’s starting to wear very thin. 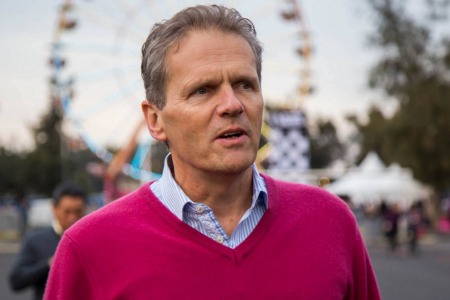 I’ve never been on a press trip that’s run on time before so why break the habit of a lifetime, we were running late.  In fact so late that we had to jump out of our transport and leg it across the city by foot.

On arrival the ambassador and other embassy staff met us warmly, we sat out on the roof terrace at restaurant La Casa se las Sirenas in the warm early afternoon sun, as the conversation began to flow.

About half an hour into our meeting a loud siren started ringing out across the city, I couldn’t understand word for word what the male pre-recorded voice was saying, but I got the sense, it was an earthquake warning. I looked around the table at different reactions, some of the English were laughing thinking it was a joke (good one British humour), the ambassador mentioned that he was surprised that his app hadn’t gone off (yes they have an earthquake warning app in Mexico) and some of the Mexicans around the table didn’t look concerned at all, while others looked scared. One of the embassy staff asked the waiter what we should do, his reaction wasn’t helpful, “I don’t know, I’ve only worked here two months.”

The way out was down two floors of an old 1750 winding staircase, it was apparent that we wouldn’t get out in time, so we stayed on our seats. I felt pleased to see only plastic roofing above us.

As expected everything began to move, buildings swayed and the hanging baskets attached to the interior wall took on a life of their own. It was fascinating watching the reaction of everyone around the table, a combination of indifference, surprise, fear and curiosity. The earthquake lasted nearly 30 seconds and as soon as it finished Mexico City returned to normal.

I was later told that the earthquake reached a magnitude of 5.5. I’m no expert in the field, but there were no reports of serious damage, just slight damage to buildings and structures.

After a fantastic lunch (when you’re in Mexico City you must head out to La Casa se las Sirenas) we settled down to a bottle of corona extra and a bowl of chapulines. For those of you who don’t know, chapulines is Spanish for grasshoppers. They’re nearly always doused in a mild chili powder with salt and lime juice and tasted similar to a salted peanut with a slight earthy, after taste. They were quite pleasant and I ate a good half of them. 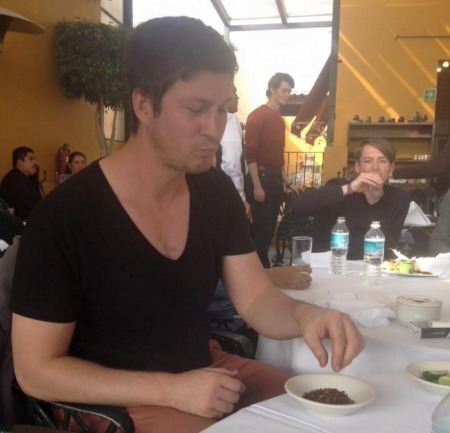 Eating insects to save the planet

Fans of eating dried grasshoppers say that they’re the cleanest insects because they never touch the ground, they just leap from one leaf to another. Maybe that’s why Mexicans munch on them more than any other edible insect. You can find snack able grasshoppers all over Mexico City, piled up in sacks and food trucks along the roadside. 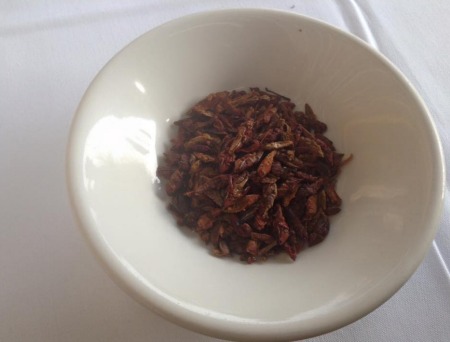 You can find snack able grasshoppers all over Mexico City

Will I eat them again? Absolutely, because of their high protein content insects hold great promise at tackling an impending future food crisis, so I’m going to get into them and other insects just in case.