Ex-Home & Away actress Melissa George on taking the lead in her latest film A Lonely Place To Die, and finally admitting to dating a new man.

Melissa George starts giggling down the phone line. She pauses, trying to regain her composure. “Oh dear, I don’t know what to say to that. I guess the answer is that I’m very happy. I’m not going to state yes or no. I haven’t been this happy in a long time. Let’s put it that way,” she finally manages to say.

Until now, George, 34, has remained tight-lipped about development in her love life. Having been married to director Claudio Dabed for 11 years, in July she was photographed with millionaire Russell Simmons – sending the global gossip mills into overdrive.

They made their first public appearance last month, further fuelling speculation, but have not released an official announcement. So is the actress dating the hip-hop and clothing mogul – who, at 53, is 19 years her senior? 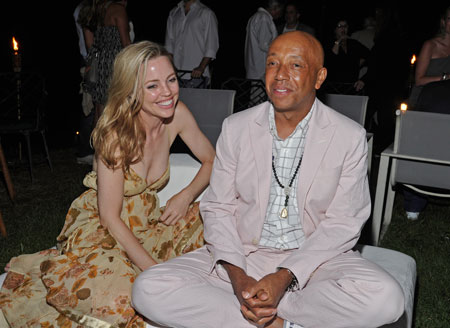 “I guess so … I guess so,” she admits, hesitantly. “I can’t wipe the smile off my face and that’s because I’m in a very good head space right now.”

Until now during our conversation, George has sounded assertive and brimming with confidence. It’s clear she’s uncomfortable talking about her private life, so I suggest we get back to the reason for the interview – her new movie.

The Australian actress – best known for her role in the Nineties playing Angel in Home & Away – stars as lead female role Alison in A Lonely Place To Die.

Directed by Julian Gilbey (Rise Of The Footsoldier), the thriller is shot in the remote Scottish Highlands and sees George and four other climbers embark on an expedition which leads to the discovery of a young girl buried in a box underground.

Cue an action-packed 60 minutes which has the group chased by a gang of Serbian kidnappers, who, in turn, are being hunted by a war criminal’s hitmen.

George admits to grabbing the opportunity with both hands – but it wasn’t purely because she loved the script.

“I want, as an actress, to be the lead and have the story be ‘her’,” she says. “For a female, there aren’t a lot of roles that are really dynamic, so, when you see one, I don’t care where it shoots, what country or what genre, I’m going to take it.

“It was my movie and, in this one, it’s the fact that she saves the day among all these male gangsters in the Scottish Highlands, and I just loved it.

“When you see a woman take charge in a film it’s something you – as an actress – always want to take and you just hope that they offer it to you.” 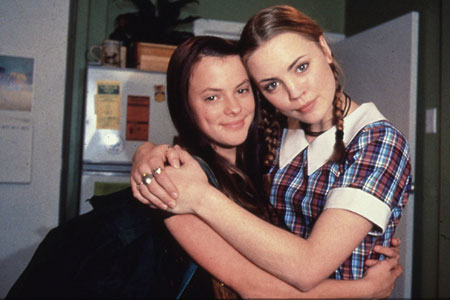 Melissa George as Angel in Home & Away

There are some tough scenes throughout the movie. Particularly gripping is the shot of George, clinging to the side of a mountain after her friend has plummeted to the ground. She has to navigate the sheer drop to reach the bottom while rocks are pelted at her. She falls, hitting a tree before falling into the river below.

“I actually freaked the hell out of myself. Julian [Gilbey] put me on these mountains and said, ‘I just really want you to feel as though it’s happening’ and I said: ‘There’s no mistaking that, it was really happening.’ I’ve got the type of personality that can withstand a lot of hard, dramatic movies. And this was just a testament to being Australian in a way – we’re very hearty women.“

Since 1997, George has starred in more than 40 titles – from David Lynch’s Mulholland Drive, Derailed and The Amityville Horror to TV shows including Grey’s Anatomy, Friends and In Treatment, for which she received a Golden Globe nomination.

George explains there is a method to her madness in taking a range of roles across varying genres, but says she always intends to offer her fans her best.

“I’m one of the few actresses that will take a comedy or do a show like In Treatment, and then go out into the forest and do an action film for four months. I really enjoy working hard and taking the kind of roles that aren’t easy,” she says.

“For me, it’s all about diversity. It’s all about if you’re going to pick a movie by genre, then you’d better make it good. It’s fulfilling all the things I want to do.

“I take pride when walking in New York and everyone says, ‘Oh my god, you’re Laura from In Treatment’ … but they don’t know my work in the horror genre.

“If I’m going to make a horror film … I’m not going to mess around with that genre. I’m going to take the best of the best, something that will make my horror fans proud.

“Then I’m going to take my action thrillers and do they well. Then when I do Grey’s Anatomy … I’m going to do that well as well.

“I like to be nutty; I like to be pushed to the edge of my strengths and if that’s going to do that, I’ll take the job.”

With that in mind, what’s next on the list for the actress who’s always keen to push herself?

“I’ve got really big news but I’m not allowed to tell you,” she teases. The only hint she will give is that she’ll be moving to London for the role. “And, I’m just signing a deal to a book I’ve been trying to get for five years, and I just got it – and that’s going to be my big role,” she adds – and won’t say another word about it, despite my questions.

So, it seems, despite wishing she was “sometimes” remembered for roles other than Angel, the girl from Summer Bay is doing good.

And, with a new love and exciting new signings, it’s unlikely that smile will fade from George’s face for a long time yet.

Me and My Mum