The poll came from data through UMR Research, the Labour Party’s pollster. It was compiled from 1,000 Australian voters’ online answers.

They were asked: “Recently, Wikileaks has announced that Julian Assange plans to run for a seat in the Australian Senate. If he were to run, how likely would you be to vote for him and the Wikileaks Party?” 26 per cent of respondents declared themselves likely voters for the Wikileaks Party.

23 per cent of voters in Victoria, where Assange will run, consider themselves “likely” to vote for his party. 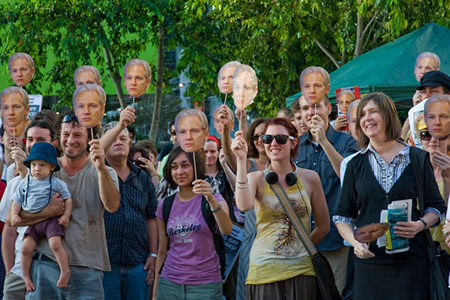 UMR Research’s Director David Utting has told Fairfax Media he doesn’t think that level of support will be sustained on election day.

Even if Assange won a seat, it wouldn’t offer him privileges to avoid arrest if he left the Ecuadorian Embassy in London.

If he is eligible to run and wins, Assange then faces the problem of appearing in the Senate. If he fails to appear his seat would be declared vacant and awarded to another member of his party.