Figures from entertainment, sport, business, politics and culture are included on the list – and will be awarded OBEs or CBEs in 2012 – as well as those deemed to have played an important role in British society.

Some inclusions on the New Year Honours list, however, have stirred up controversy.

Prime Minister David Cameron has been criticised after it was revealed that Conservative Party donor and hedge fund manager Paul Ruddock will be knighted in the New Year.

Ruddock’s company, Lansdowne Partners, made £100million on the back of the financial crash by betting that the price of Northern Rock shares would fall.

John Mann, Labour MP for Bassetlaw said: “The country is sick to death of bankers getting knighthoods from successive governments.

“It is extraordinary that when there are so many hard working people who have done a lot for this country, it is people who have caused us so many problems that are getting awarded. Small business owners who went under and people who lost their jobs when Northern Rock failed will be extremely angry,” reports the Daily Mail.

Ruddock’s has donated nearly £500,000 to the Conservative party.

He has been included on the New Year Honours list for services to the arts and philanthropy, on the back of his roles as chairman of the Victoria and Albert Museum in London and as a trustee of New York’s Metropolitan Museum of Art.

Anger has also been voiced by the father of Damilola Taylor after an ex-drug dealer cousin of his son’s killers is awarded the OBE.

Chris Preddie, 24, was included on the list for his charity work with young offenders after he ran a successful anti-gun and knife campaign.

Damilola’s father said: “I don’t think honours should be given to such people. I think there should be stricter rules. He’s the cousin of the killers of my son.

“To be honoured with such a prestigious award when there are hard-working people who have lost their loved ones doing similar work in the community isn’t right.”

Year another New Year Honours backlash erupted after Gerald Ronson, 72, was made a CBE, despite his 1990 conviction for his part in the Guinness share trading fraud case of the 1980s. He has always maintained his innocence. 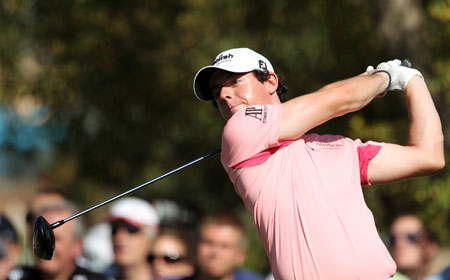 Sportsman Rory McIlroy has been made an MBE

Less contentiously, comedian Ronnie Corbett, 81, will be awarded a CBE for his five decades of work in the entertainment industry. His Two Ronnies double act, alongside Ronnie Barker, was one of the most successful sketch shows ever made.

Actress Helena Bonham Carter, who will receive a CBE, told the Press Association that she would receive it in honour of her late father, who was left severely disabled after an operation to remove a brain tumour.

“I always thought my father deserved a medal for facing 25 years of chronic disability with quiet daily heroism, so I am delighted to accept such a wonderful honour in his memory,” Bonham Carter said.

Golfer Rory McIlroy, 22, was on the list for an MBE after becoming the youngest US Open champion in 88 years.

Chat show host Lorraine Kelly will be made an OBE for her services to charity and the armed forces.

Setback for Kiwis as rain intervenes