The Eastern Suburbs side trailed 8-18 but managed to overcome a side they’d beaten three times this season in front of 81,491 at ANZ Stadium.

Manly had come out fighting and the Roosters were taken aback making errors uncharacteristic of the form that saw them finish the year on top of the NRL ladder.

Form halfback James Maloney kicked out on the full while Sonny Bill Williams, perhaps playing his last game of rugby league (who can tell) was guilty of missed tackles and being stripped of the ball by Manly’s five-eighth Keiran Foran.

The pressure was rewarded after 10 minutes as winger Jorge Taufua crossed with the Roosters yet to enter Manly’s half. 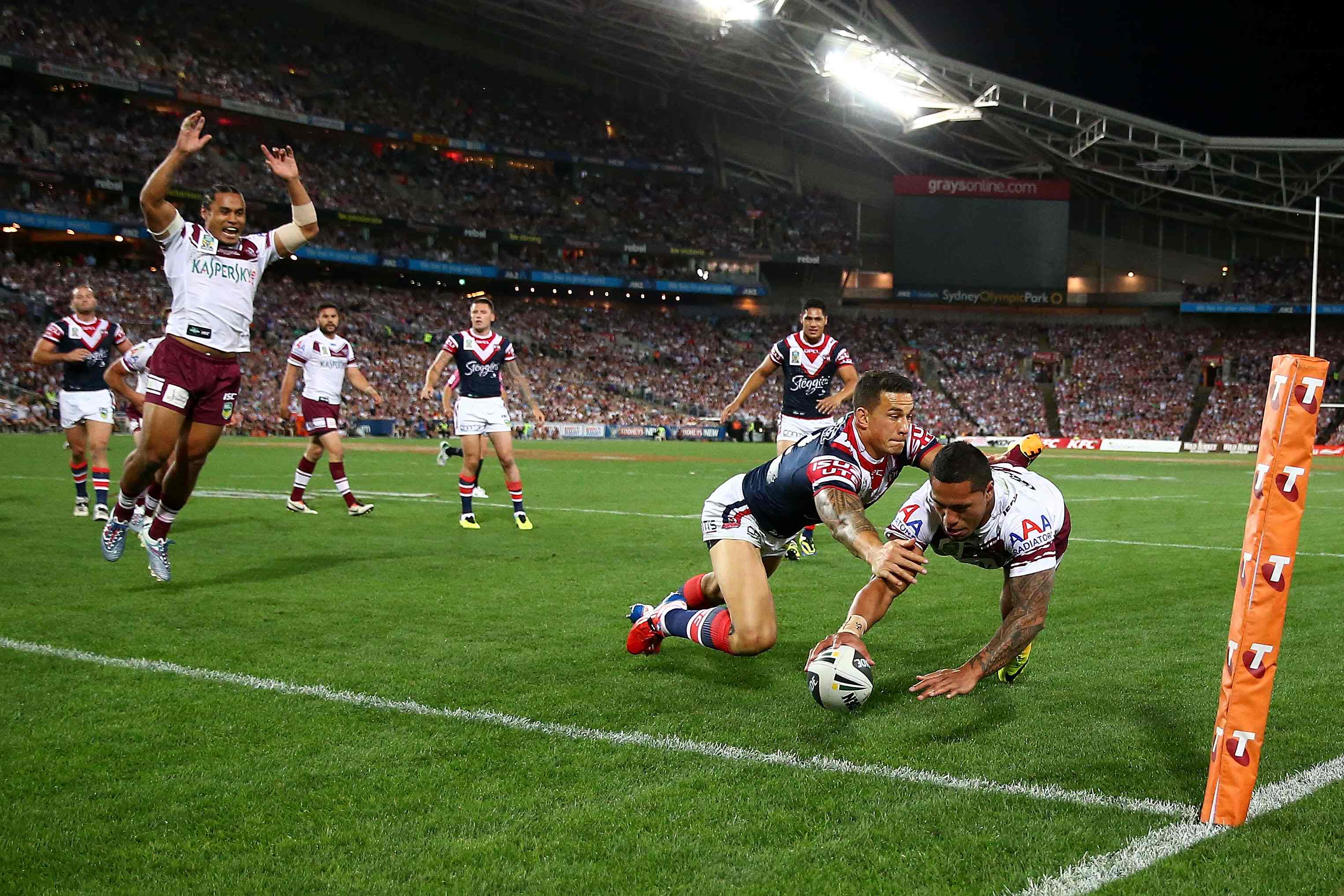 Jamie Lyon then added two more points for a penalty in front for Manly to take a 6-0 lead.

It may have been the wake-up the Roosters needed, as they refocussed in attack and defence.

Maloney found his range too with what seemed like a speculator finding Daniel Tupou on the other side of the field soaring over Manly/ Origin winger David Williams to score. The pivot then landed the conversion from the sideline. 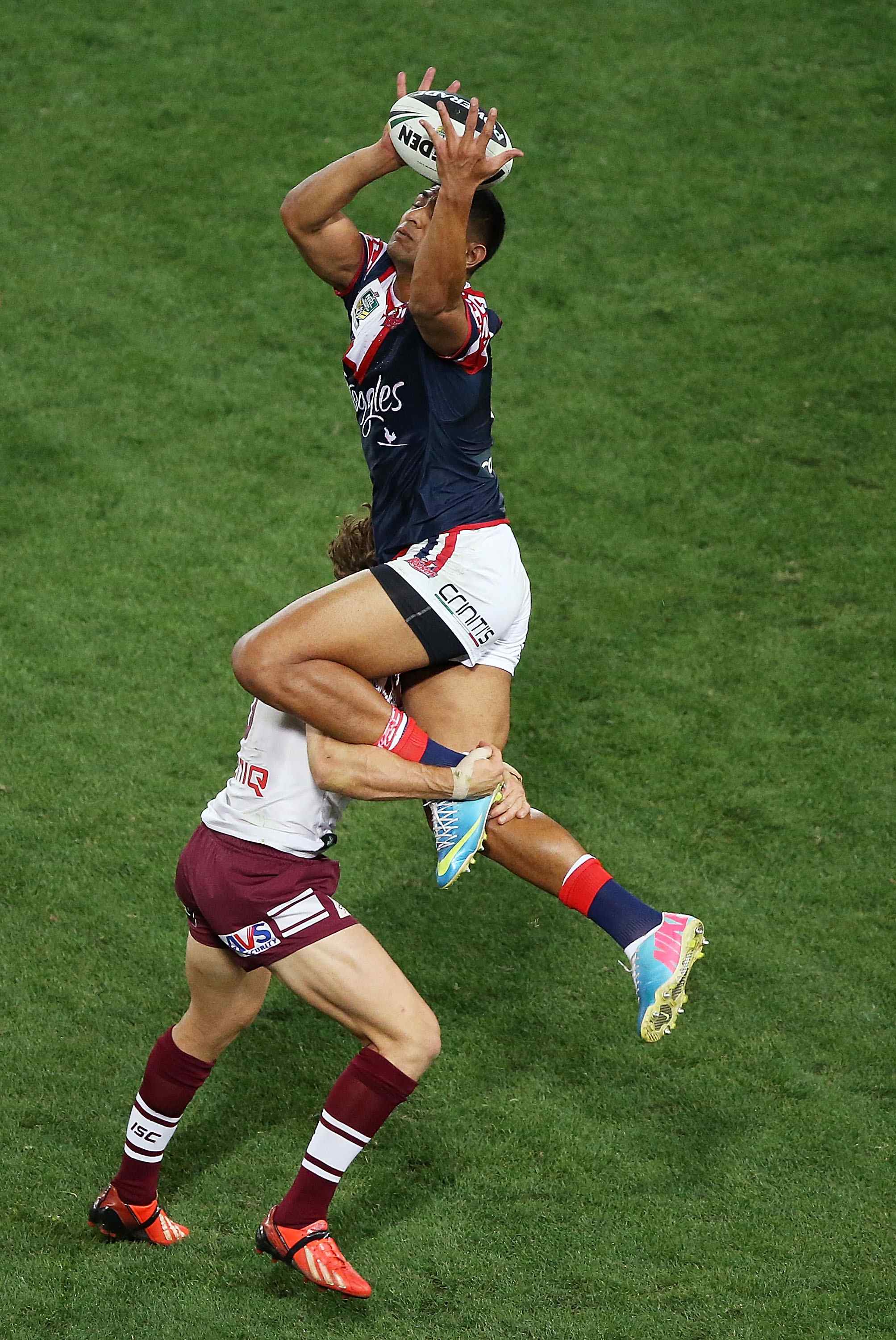 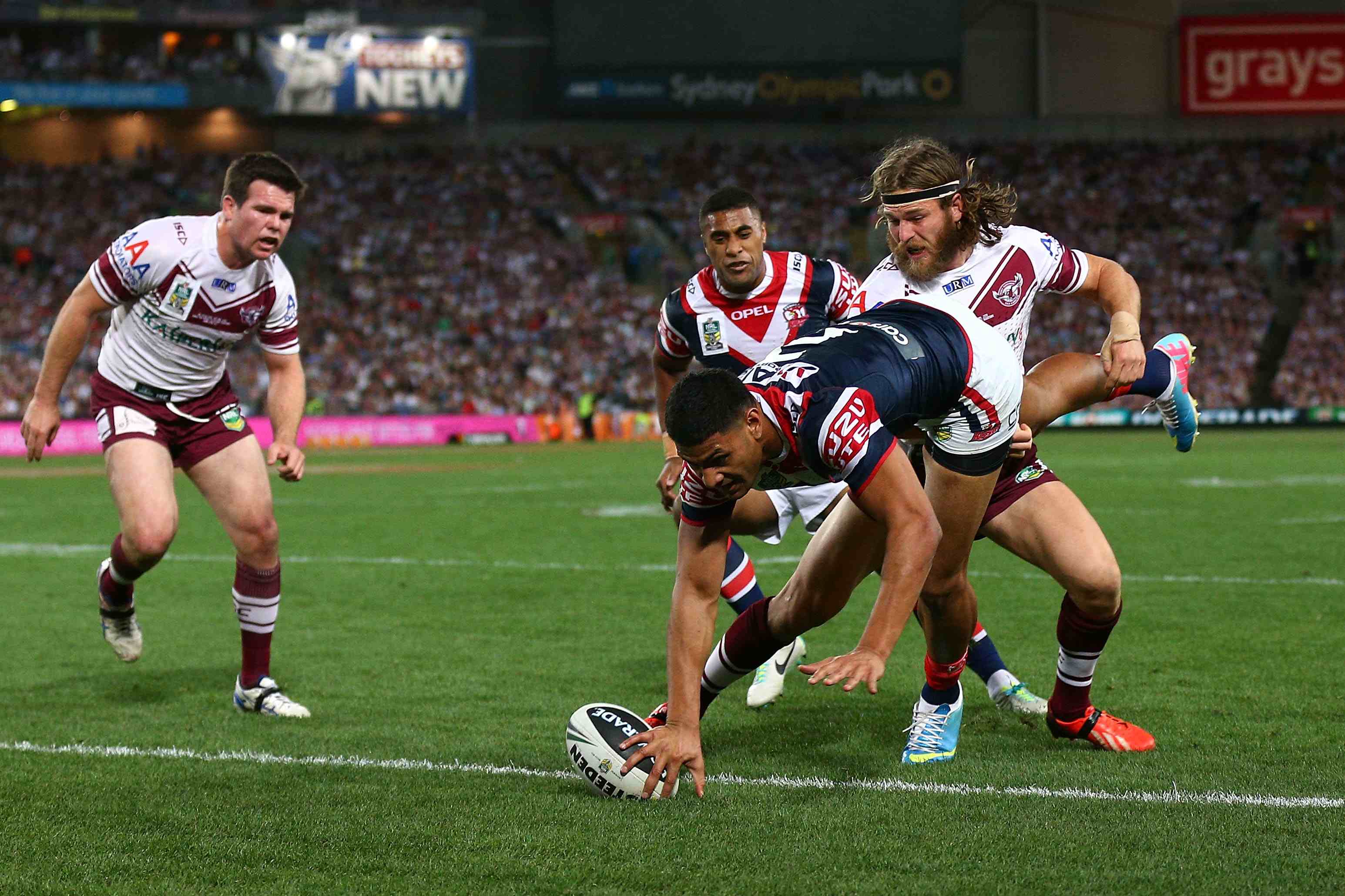 Another penalty slotted by Maloney after a scuffle and the Roosters were in the lead.

Daniel Mortimer went close for the Roosters, dropping the ball at the crucial moment to leave it 8-6 at halftime.

While the refs were again a major talking point, the final was evenly poised.

Manly came out the stronger with Lyon seemingly getting on the end of a Daly Cherry-Evans grubber.

Referee Shayne Hayne went upstairs and found while Lyon didn’t ground it, he was taken out by Mitchel Aubusson meaning a penalty try to Manly. Lyon converted from in front to make it 12-8. 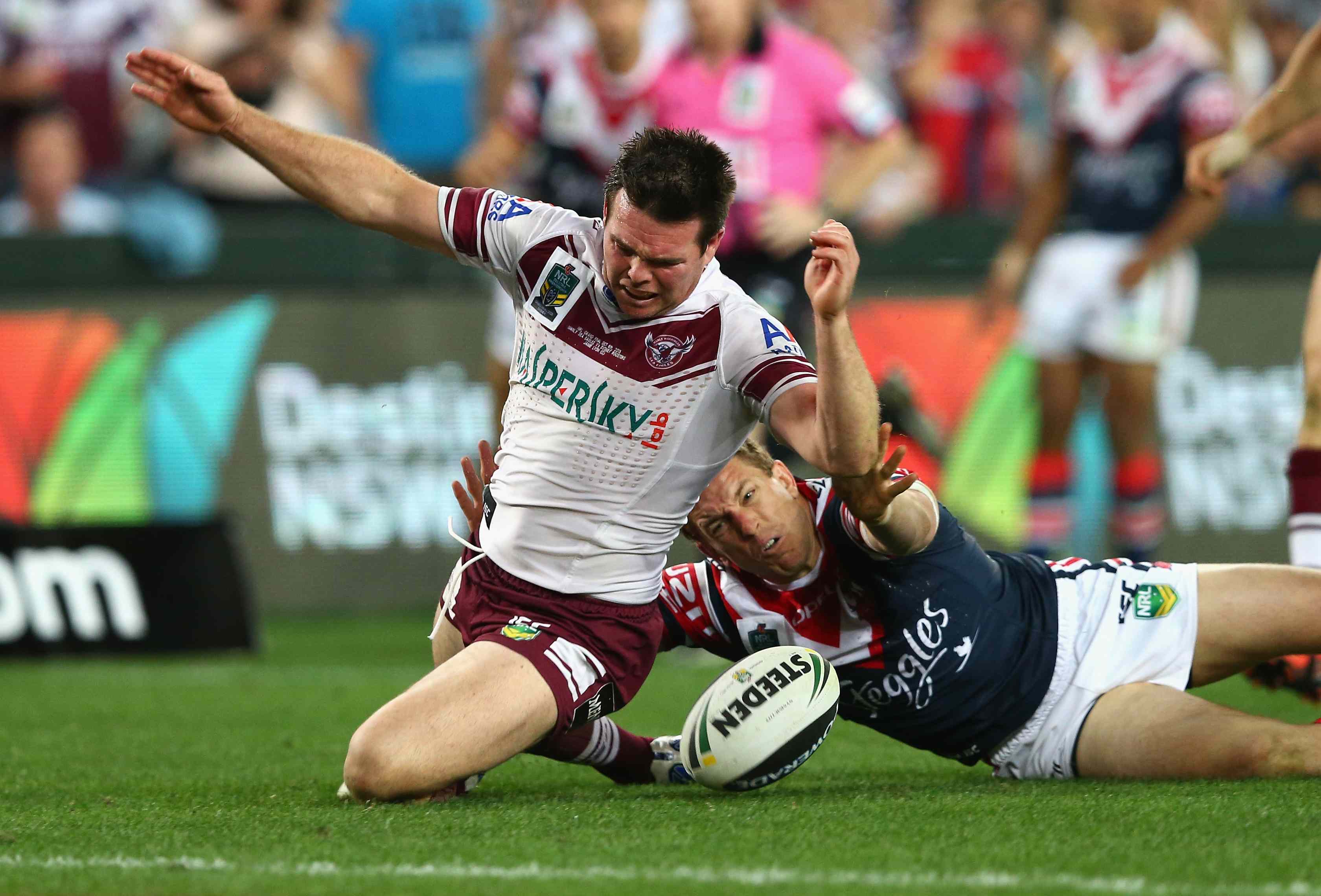 With Cherry-Evans – who would be given man of the match in a losing side – pulling the strings with aplomb and the Roosters struggling again with errors, Manly crossed again via Steve Matai. Another Lyon conversion and it was 16-8.

Then came the Roosters resurgence. First a try through Aiden Guerra and then Shaun Kenny-Dowell after a rather suspect pass from Anthony Minichello, and all of a sudden the red, white and blue were in front, 20-18.

The final result was decided again with controversy, the video ref deciding Michael Jennings had grounded after a brave lunge to get on the end of a Maloney grubber. 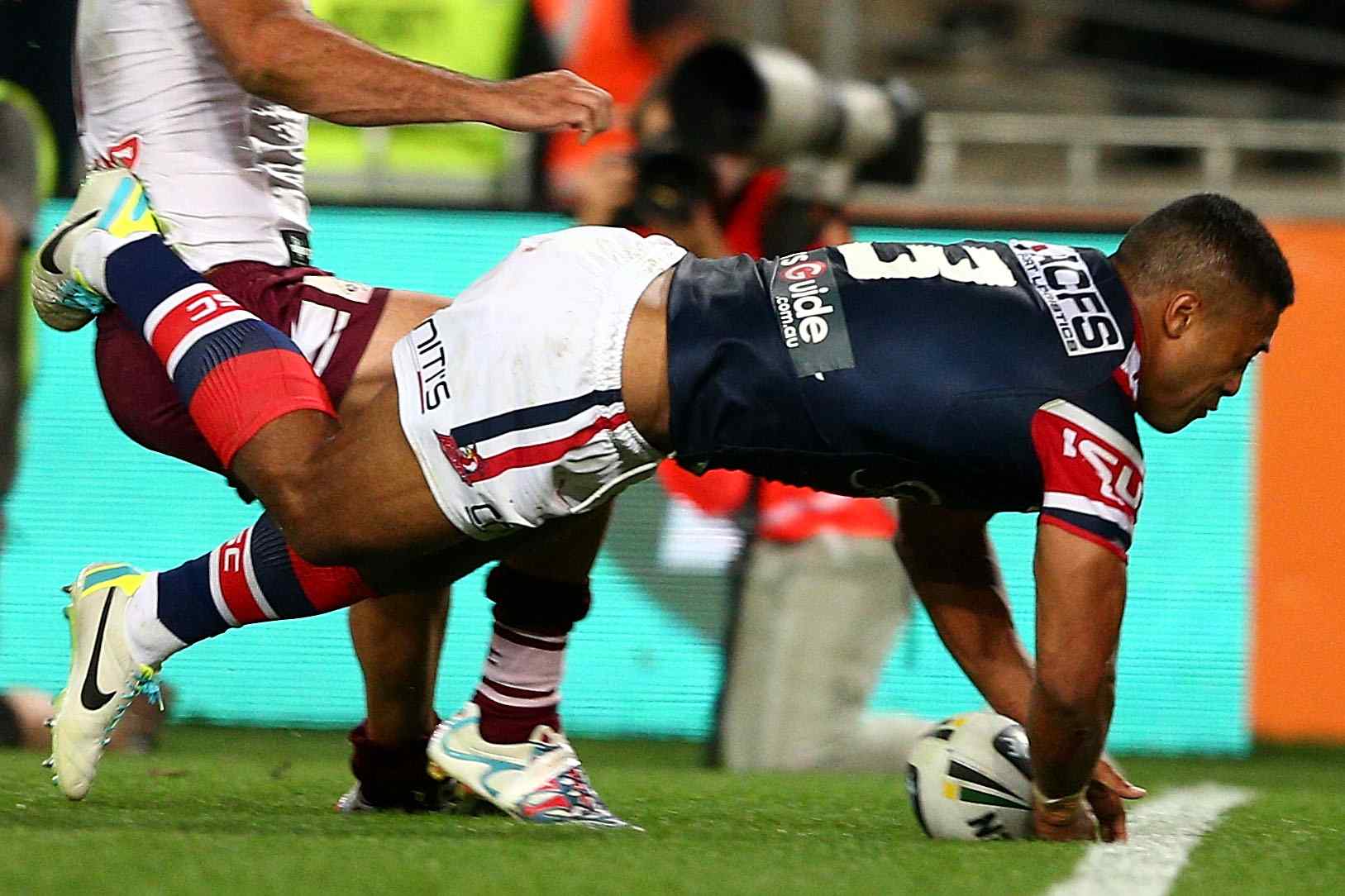 And that’s all she wrote – a few gallant efforts from Manly stalled at the last by the Roosters and the Proven Summons trophy was theirs for the 13th time.

Djerba, Tunisia: Gateway to the Sahara