Wigan were deadset Warriors as they scored 28 unanswered points to win 30-16 after being 16-2 down at Old Trafford.

As is so often the case in Super League headliners, Australia’s contingent were front and centre.

Warrington winger Joel Monaghan scored first for the Wolves, sparking a three-try blitz to give his side the upper hand. 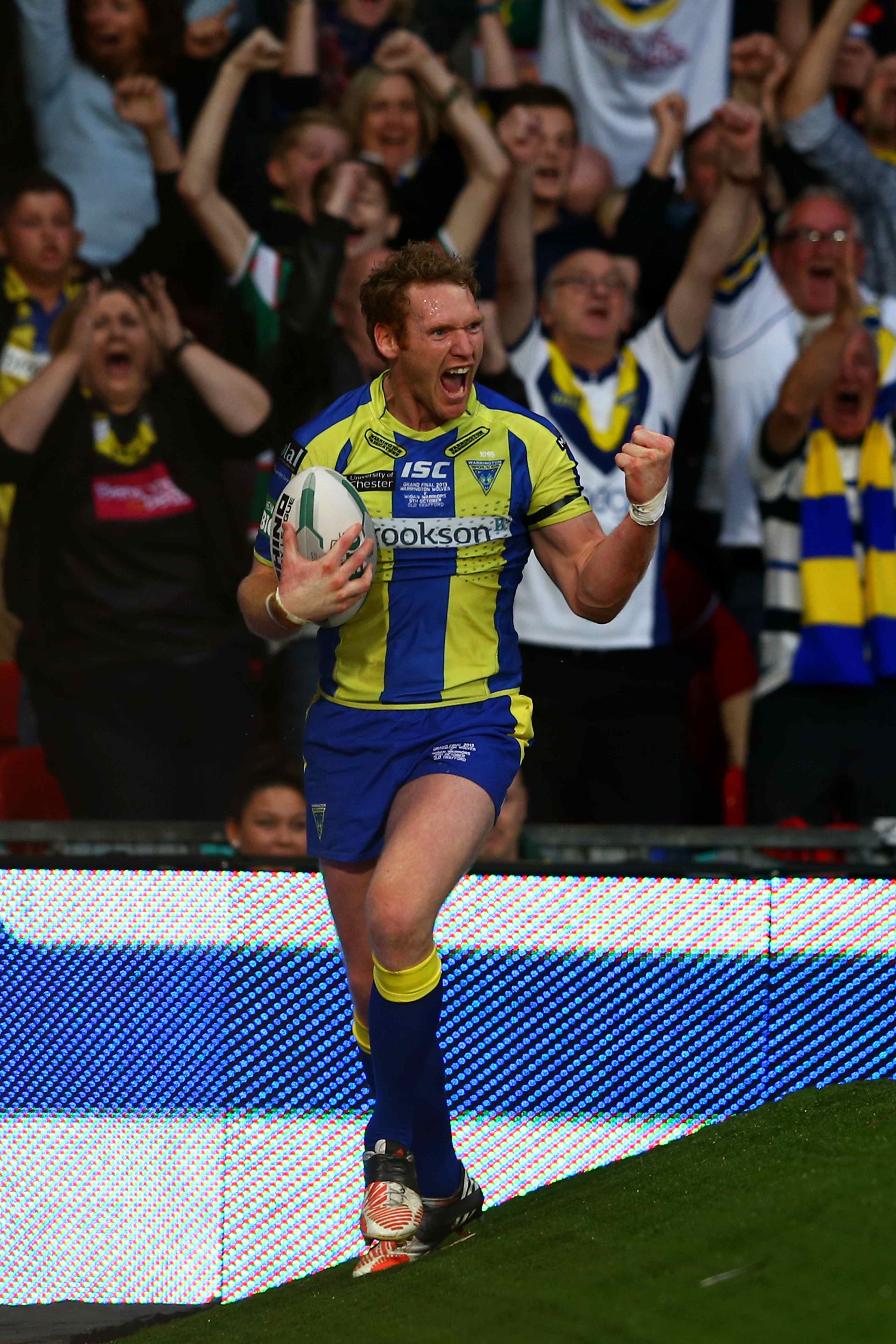 But his night was cut short when he was stretchered off in the most horrific circumstances – his departure moments before halftime was undoubtedly a turning point.

Warrington were well on top, but the time to regather and the loss of one of their opponents’ star players was a big opportunity for the Warriors.

Champion teams, like Wigan proved they are flogging Hull in the Challenge Cup final, take their opportunities.

Coach Shaun Wane took a chance himself when he picked captain Sean O’Loughlin after a six-week injury lay-off – having such experience and leadership on the park couldn’t be overvalued.

Another Australian, though the English refer to him as an Irish international, Pat Richards capped off his final Wigan appearance with the match-clinching try and five goals. He’s returning to the West Tigers, who he played for before he joined Wigan in 2006.

In another sign-off from the club, for now, Sam Tomkins got the dream finish he was hoping for before he takes up a world record fee to wear number one for New Zealand Warriors.

For Warrington, it’s head in hands, cry into your beer and maybe shed a tear territory – it was their second grand final defeat on the trot.

Lose one to win one they say – let’s hope it’s lose two to win two.

Tragically, the club up with the best all year, hasn’t seen a premiership since 1955 and farewells great servants Adrian Morley, Mike Cooper, Garreth Carvell and Brett Hodgson (who didn’t play today), with a runners-up honours.

Richards troubled the scoreboard first, his boot doing the work after a penalty went against the Wire for a two man strip. This followed Joel Monaghan spilling at the crucial stage after a chip-kick. 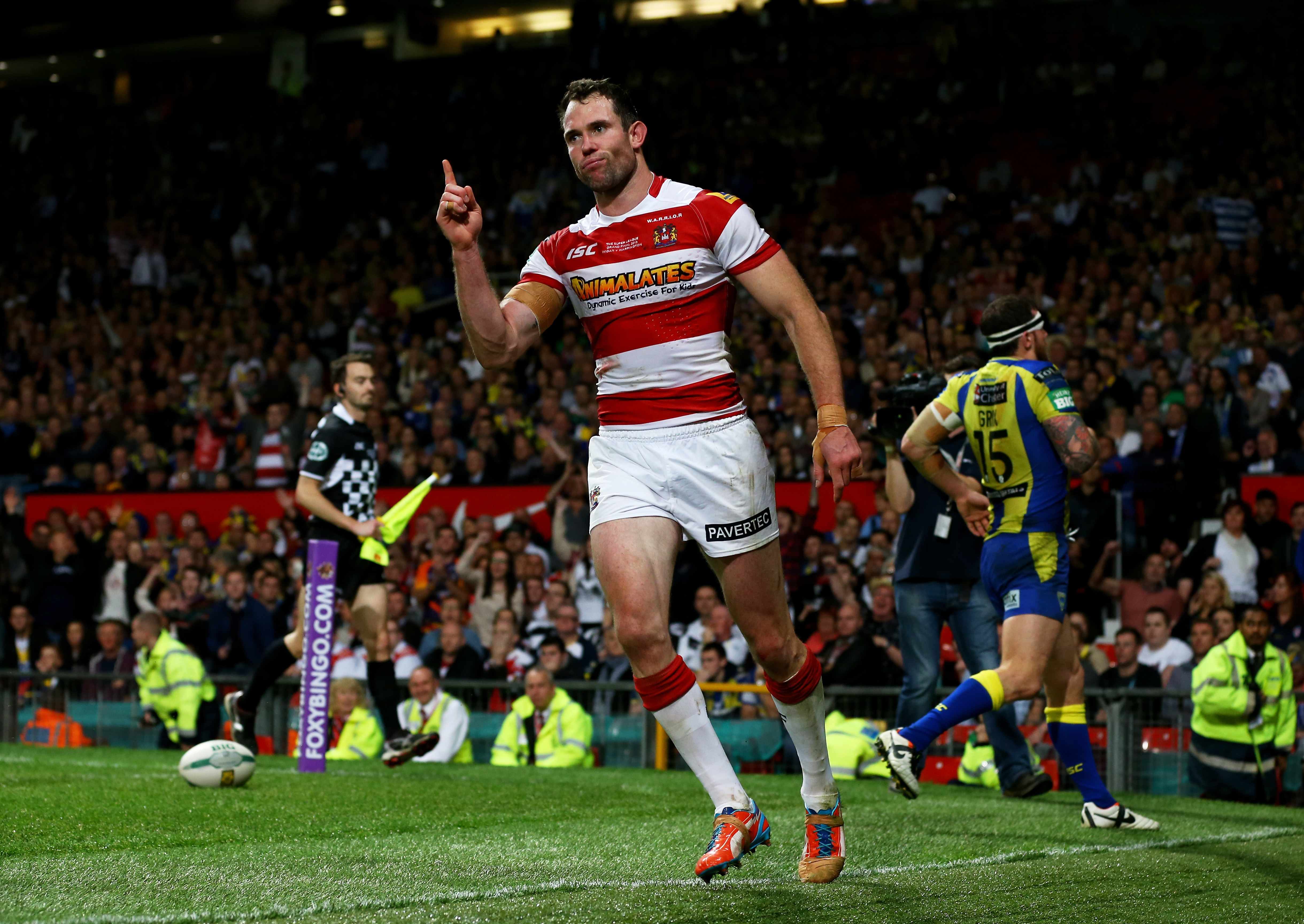 It was a tackle from Richard which confined Monaghan to a stretcher and by the time he was removed from the field and on his way to hospital, Warrington’s momentum was stifled.

Then a Darrell Goulding try just before half-time reduced the gap to 10 points.

Wigan needed halftime like a hole in the head but they lost nothing from the break. Another four points came soon when Michael McIlorum scored from dummy half.

More tragedy soon came for the Wolves, after a suspicious two-man tackle on Stefan Ratchford left them with more firepower limping from the field.

Charnley crossed under the posts, Richards – who kicks goals from the sideline for fun – did the job from in front and Wigan were ahead.

McIlorum’s spark from dummy-half delivered again to put over Blake Green, the playmaker who would be awarded the Harry Sunderland Trophy.

Having just 15 men at their disposal took its toll and the nail was hammered into the coffin when Richards, after copping a swinging arm in an earlier tackle, made them pay in the most effective way – on the scoreboard.

Heatwave to hit Britain this weekend