On the road in Oz: Jervis Bay and beyond

It gives us travellers itchier feet than going barefoot in a communal shower. And while the temptation to flip off the boss and never come back is strong, I’m just off on a seven-day sojourn, so I keep that middle finger firmly on lock down.

Relief overwhelms me as I walk out the door at work. Yet a strong desire to make a get-pissed stop at the local also overwhelms me, despite the next day’s 6am ETD. Thanks to that “quick one”, we arrive at beautiful Jervis Bay, on the New South Wales south coast, only a three-hour drive from Sydney, around mid-afternoon. (That 6am ETD? Far too optimistic.)

It isn’t until I step onto the beach and my feet strike the powdery white sand that I feel truly relaxed, as small ripples lap into the shoreline.

Our campsite, Green Patch in The Booderee National Park at the southern end of Jervis Bay, is so wonderfully cliché Oz, that the area is on the cover of Lonely Planet’s East Coast of Australiaguide, and the cover model regularly bounces by. 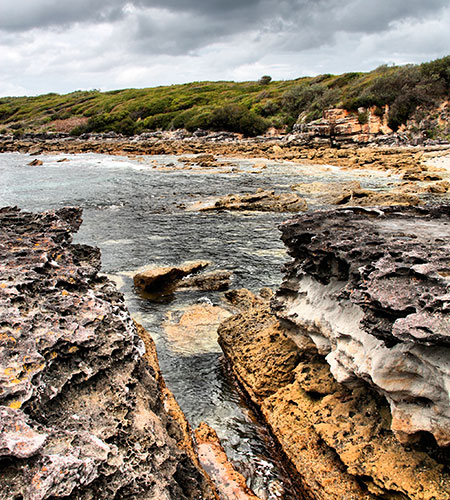 Both wallabies and kangaroos visit the park and beach. Getting within a couple of metres of them amongst the tall eucalypts that are their home turf is something special. Our other neighbours – possums, inquisitive skinks and ducks – all stop by.

To get away from the human crowd that dusts Green Patch’s beach, stroll over the rocks to thenorth to a more secluded cove. Or take one of the walking trails that leave from the national park and explore the bushland that leads you to Governor Head and Murray’s Beach. For a few waves we visit Cave Beach. The surf is much cooler than the bay water and the summer sun beats down on us so we cower under the beach umbrella.

Hunger and sensibility team up to tell us to escape the heat before sunstroke kicks in, plus there’s beer in the campervan fridge that needs to be drunk. 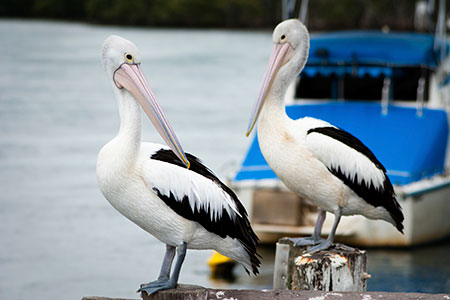 Various families and cultures are here in the Australian bush, all in high holiday spirits. Plus some barbecued kangaroo needs eatin’ (not the one we’d met earlier – we feared they would circle us à la Hitchcock’s The Birds), roast marshmallows, beer, whiskey, sweets, beer and possibly an evening joint.

Jervis Bay is just the first leg of our journey, a roadtrip that takes the coast road from Sydney to Lorne on the Great Ocean Road. Hitting the road with a night in Victoria’s Mallacoota, and the stunning Wilsons Promontory (well worth more than one night – rookie error).

But as they say, it’s as much about the journey as it is the destination and this under-visited corner of the world, is well worth the journey. From Berry’s country pub to Batemans Bay’s water, so turquoise and luminescent that Holden named a car paint colour after it, Mallacoota’s black swans to Wilsons Prom’s wombats.

The small beach towns and fishing villages – not the tourist towns – are the essence of coastal Australia.

Theatre: Porgy and Bess & The Importance of Being Earnest