An explosion in Oslo has killed two people, shattered windows of a government building and injuring several. Prime Minister Prime Minister Jens Stoltenberg is safe although it is thought that he may have been targeted.

It has been confirmed that the explosion in Olso, Norway’s capital was a bomb. 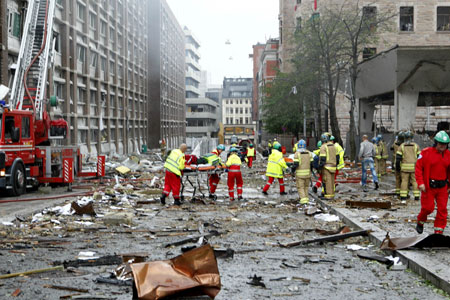 The explosion rocked Oslo’s government building and a nearby newspaper office, which contains the Prime Minister's office.

There are reports that shots have been fired at a nearby children's camp which the Prime Minister had been scheduled, but did not, attend.

The explosion has so far caused two deaths and injured several people. Others are still trapped in the building. 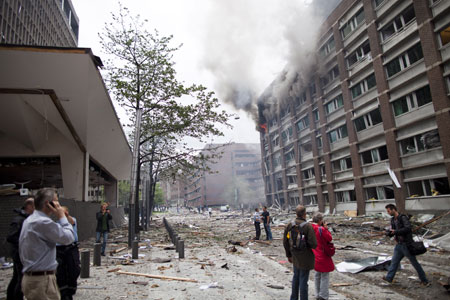 State secretary Hans Kristian Amundsen told the BBC: "There are still people in the buildings" at the blast site.

A radio journalist reported from the scene: "I see that some windows of the government headquarters have been broken. Some people covered with blood are lying in the street." 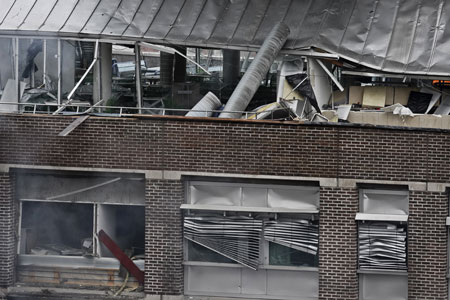 "There has been one or several powerful explosions in the government district in Oslo," Oslo police said in a brief statement.

"So far, police cannot say anything about the scope of the damage, aside from that there's been one or several explosions."

It has also been reported that shots were fired at a youth meeting of the ruling Labour Party in Utoya, an island on the outskirts near the capital. 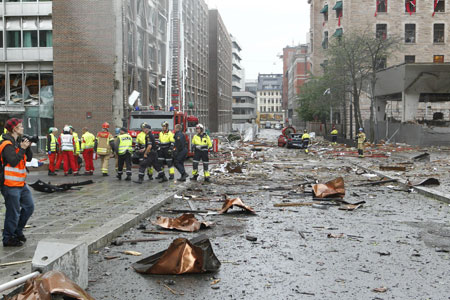 Police have said they are sending anti-terror officers to investigate the incident.

In Oslo, people have been told to stay away from the city centre, limit the use of mobile phones and avoid large gatherings.