The ‘hands-free’ urinal video games allow men to test the accuracy of their aim as they play a number of games, controlled by their pee stream.

From today, male visitors to The Exhibit bar in Balham will be able to play one of three games every time they take a leak.

Gents can control the games – with names like Clever Dick and On The Piste – simply by moving their stream left and right. Tapping-in to men’s innate competitiveness, scores can be posted to an online leader board and to Twitter. 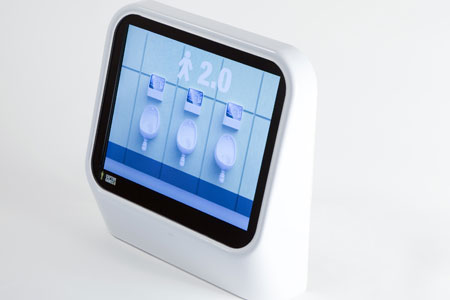 It’s a clever gimmick, that will allow bars to highlight drinks promotions, events and other adverts in between games, as their audience it well and truly captive.

“It’s taken three years of research and development to get to this point,” says Mark Melford, director of Captive Media, which created the game. “The reaction to the units so far has been incredible – it’s just so much fun.”

You can expect to see more pee-controlled video games hitting bars across London bars from early 2012.

For true piss artists only.