US funnyman Hunter, 44, has posted a stack of photos from the night showing punters less than horrified in the aftermath by a routine the PFA have dubbed too sweary and racially skewed for his repeated use of the word “nigger”.

He labelled his Facebook photo album “Irony’s Annual Night Off”. 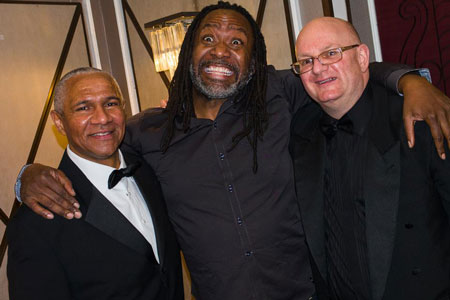 I posted 37 photos on Facebook in the album “The PFA Awards – the horrible aftermath.” fb.me/A5xEfAV8

PFA chairman Clarke Carlisle has admitted earlier in the week he was embarrassed while watching the regular UK panel show star’s set.

The player’s organisation’s deputy chief executive, Bobby Barnes, has now said they want Hunter to give his fee back because he was briefed against using foul language or racial material.

“Whatever he was paid was too much. We are obviously very upset, because he was briefed. We are very aware that we have a very diverse audience there.

“I can’t think of a redeeming feature where you could say that was positive because I actually think the whole performance from start to finish was dreadful.” 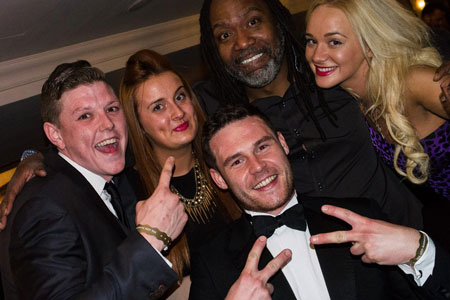 Hunter has been backed in the twittersphere, with backing from the likes of Mock The Week host Dara O’Briain.

Christ, only the @pfa could oppose racism by trying to get a black man to work without pay.

I look forward to suing the @pfa when their members fail to perform as expected. #freeregdhunter telegraph.co.uk/sport/football…

A PFA statement said of its dealing with Hunter: “It was made absolutely clear that swearing or any racist references were to be avoided. Therefore we were totally dismayed that the performance was the exact opposite of our requirement.”

The London Speaker Bureau apologised for “any offence caused by the performance”.

The PFA’s Carlisle has said it was a “huge mistake” to go with a potentially controversial entertainer for the event at which Gareth Bale was named player of the year given football’s on-going battle against racism around the world.

Relaxing in Northumberland and County Durham

Review of the Institute of Light

An El of a mistake: World Cup-bound couple sent to wrong country