The photos have been shared around on social networks.

Another cheeky character was photographed rubbing his buttocks on the back window of the Italian footballer’s £160,000 luxury car. 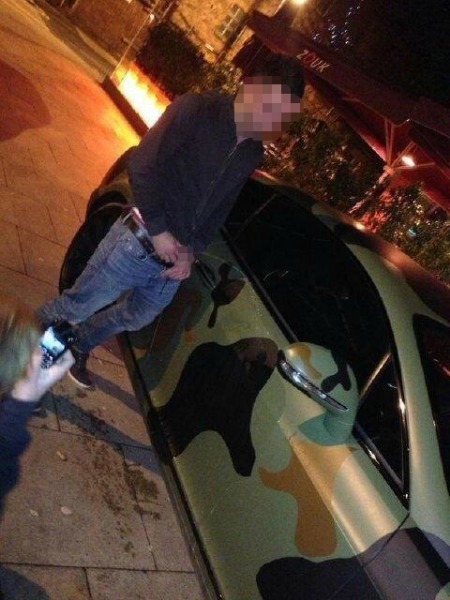 The incident occurred near Indian restaurant Zouk where Balotelli had parked before meeting friends for a meal.

A witness told The Sun that the troublemakers were singing Manchester United songs. 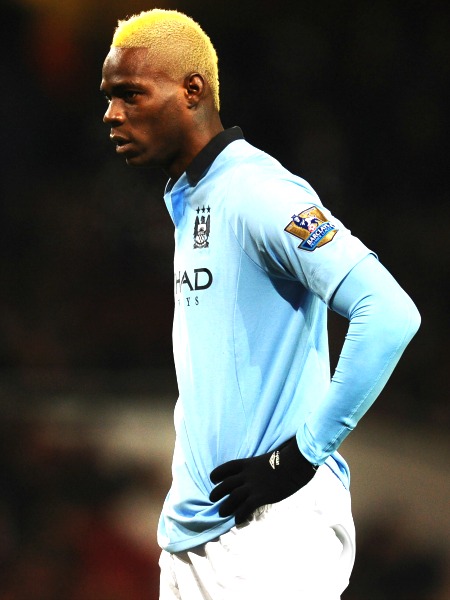 Balotelli during a recent Arsenal vs Manchester City at Emirates Stadium on January 13, 2013

22-year-old Balotelli, who reportedly earns around £120,000 a week, is rumoured to be planning a move back to his home country, transferring from Man City to AC Milan.