Prickly, sharp-tongued, sartorially elegant and undeniably talented, Nick Cave is a legend of the Australian music industry, but he is also the antithesis of its pub rocking past. He’s also not the nicest human being on the planet – but nobody seems to care. He’s an artist after all…

After 2008’s whisky-soaked, bar brawler of a record Dig, Lazarus, Dig!!! and two reverb, guitar-laced Grinderman records, fans of Nick Cave and his Bad Seeds could have been forgiven for thinking that his new album, Push the Sky Away would be more of the same. Yet, what we find on the new album is, sonically at least, a much more mellow sounding collection of songs.

Available with the deluxe edition of the new album is a facsimile of the handwritten notebook Cave used to write down his lyrical ideas during the writing of the album. “Some of it’s dreadful and painful to read, but I just thought – what the fuck,” he told the Guardian, “pages and pages of absolute shit,” he sighs, turning them over. “Shit, shit, shit, shit, shit. And just every now and then something, little tiny ideas start to come out.”

While the process may have been a torturous one for Cave, the final results are, to say the least, amazing. Despite this being the 15th Bad Seeds album, Push the Sky Away can proudly stand shoulder by shoulder with any of its predecessors.

The album is built around the six-and-a-half minute epic Jubilee Street which name checks places in his hometown of Brighton, and deals with classic Cavian themes of beauty, love, lust, violence and a girl with a little black book. “And my name was written on every page,” he sings.

In the wonderfully meandering, Higgs Boson Blues his lyrics cover such disparate topics as Miley Cyrus, legendary 1930s blues musician Robert Johnson and the Large Hadron Collider. Cave might be getting into his Fifties, but it seems the older he gets, the more relevant his lyrics become. He even mentions Wikipedia in another song (We Real Cool).

The apocalyptic images are still there, but he seems to be drawing his inspiration from the Internet now instead of from The Book of Revelations.

The reference to the pneumatic, young Hannah Montana star has drawn particular interest from those who like to read deeply into such things, but Cave insists the truth is pretty boring really.

“Let me just say: I’ve got nothing particular against Miley Cyrus. The whole thing came about because I was in Madame Tussauds with my kids and they were hugging Miley Cyrus’s waxwork,” Cave said. 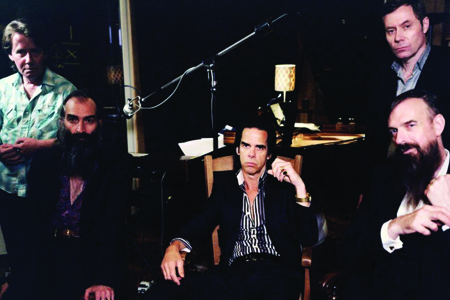 It is an absolute peach of a record, one of the Bad Seeds’ best in over a decade and it is bound to be a huge success, not just in the United Kingdom, but in Cave’s place of birth, Australia, something that a lot of people might have forgotten, or maybe never even known.

Since leaving Melbourne for Europe in the late 1970s, Cave has called London, Berlin and even Sao Paulo in Brazil home and now lives in Brighton. Yet, somehow he is still a cult hero in Australia, which is a bit odd seeing how parochial we can be. 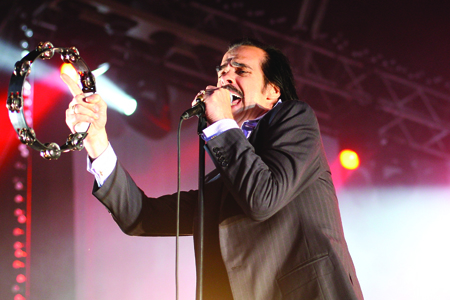 When he was last touring in Australia a friend of mine saw him at the Factory Theatre in Sydney and asked if he could have a photograph with him. Rolling his eyes to heaven behind his luxurious moustache, Cave bellowed “Oh… fuck, fine!”

He was an arsehole apparently, but my friend cherishes that photo. Which is a case in point, I suppose.

Festival special: 5 of the world’s best music and art festivals to add to your travel bucketlist

Aussies keen to get Cahill back in mix