The latest is Pascere which opened this summer in the heart of the famous Lanes, ten minutes walk from Brighton’s mainline railway station (itself a one hour’s train ride from London Bridge or Victoria). There’s already a waiting list — it’s a small restaurant with only sixty-six covers over two floors in a tastefully muted town-house environment. Taking its name from the Italian “to graze” and the Latin word for “nourish”, Pascere serves modern British and European cuisine in classic style but with plenty of flair. Head Chef Johnny Stanford has spent most of his career working in other people’s Michelin starred restaurant kitchens and it’s clear that, with Pascere, he’s now got his heart set on a star of his own. If my recent lunchtime experience there is anything to go by, he’s probably going to get one, and quite soon.

I’m usually wary of small plates on a menu, thinking them just an excuse for a restaurant to serve up a third of a regular portion for three quarters of the full price. But the Portland crab tarts (£7.50 for two) that kicked off our meal were things of absolute joy that have forever changed my opinion on this. Served in a delicately thin pastry base with a shellfish custard so luxuriantly creamy and delicious that we almost decided right there and then to forget the other courses and just have trayfulls of these little pinky-orange beauties sent down on repeat until we passed out into happy crabby oblivion. 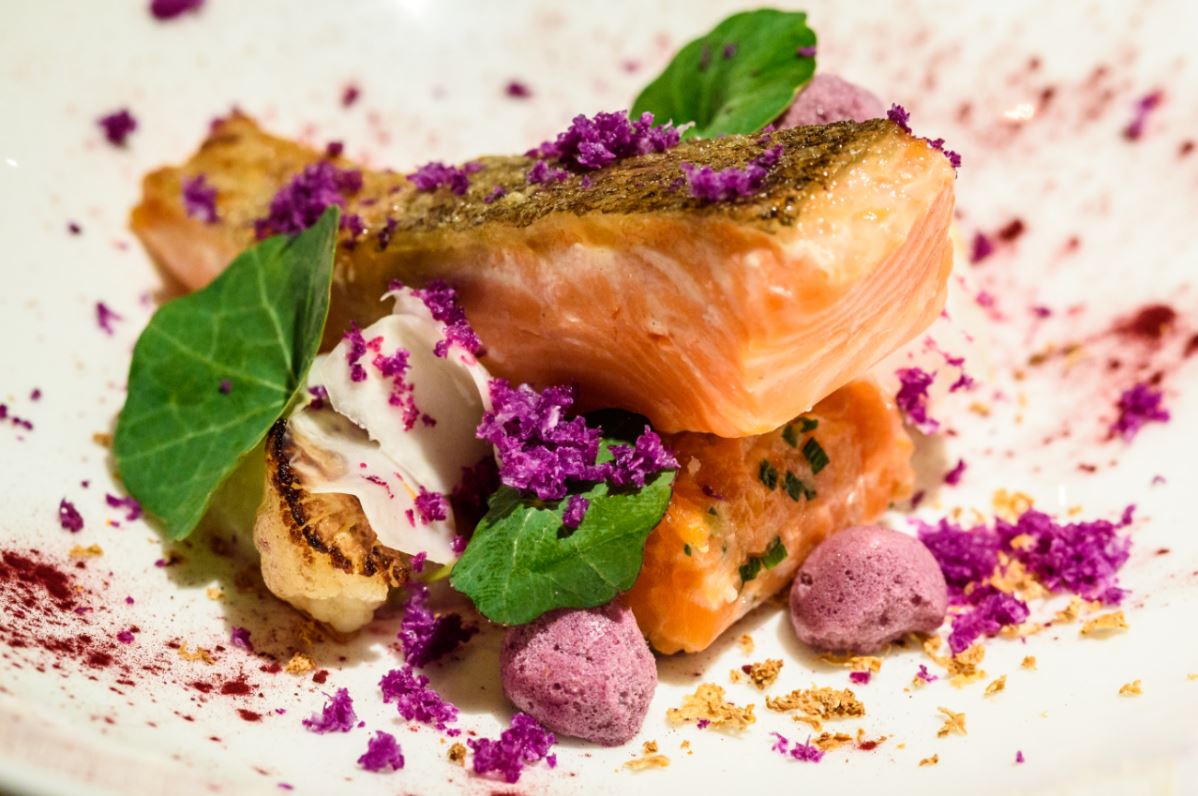 Common sense prevailed, however, and we took the slightly more traditional approach of ordering starters: for myself the salt-aged pork belly with bacon jam croquette (er, hello bacon jam, where have you been all my life?), pumpkin purée and burrata mousse (£8.50), and for my partner the cured and blowtorched mackerel with watermelon radish and horseradish ice-cream (£8). Oh yes, horseradish ice-cream is a thing. And it’s a bloody wonderful thing. So wonderful in fact that it prompted three immediate questions: when the hell are Waitrose going to start selling it, how long before families in Chelsea start serving it with jelly at children’s birthday parties and how much of it can I afford to buy on my salary if I stop paying the electricity and heating bills (well, it does look like it’s going to be mild sort of winter, anyway, doesn’t it?)

My head was still reeling from contemplation of the above when the mains were set down in front of us. My partner had opted for the braised cheek pappardelle (£17.50)which, from the facial contortions and moaning noises emanating from her, she seemed to be enjoying very appreciatively (either that or I’d left my telescopic umbrella in an awkward place). Under advisement of the waiter, I had decided to try the duck (£18.50) — roast Goosnargh duck with crisp duck leg and duck liver parfait. That’s a lot of duck. And the fact is that duck is one of those dishes that you get really excited about beforehand because it’s seems like such a decadent treat, but by the end of it you just feel like a bloated duck-swallowing blob and don’t ever want to see another duck in a very long time. Unless it’s bobbing about on the Serpentine cutely quacking its shiny little green head off. Not this duck, however. Somehow, Johnny had managed to pull off the feat of delivering just enough tender meat and balancing it with well matched accompaniments — in this case, cashew nut pesto and a creamy parsley root purée — to give it a lightness of touch that allowed the flavours to shine without it seeming in any way a heavy dish. Perfection.

In fact, lightness is a recurring theme at Pascere. As Johnny himself tells me: “you don’t need to feel full to have had a good meal”. The word ‘aerated’ features on the menu a lot. But not in the, dare I say it, slightly wanky way that some Michelin starred chefs (or those blatantly chasing them) go for with their foams and reductions. Stanford knows how to deliver pleasure on a plate through honest cooking and harmony of flavours without resorting to gimmicks such as molecular gastronomy. Sure, there are some fancy terms on the menu but they’re there because the ingredient or process they describe actually adds something to the dish. 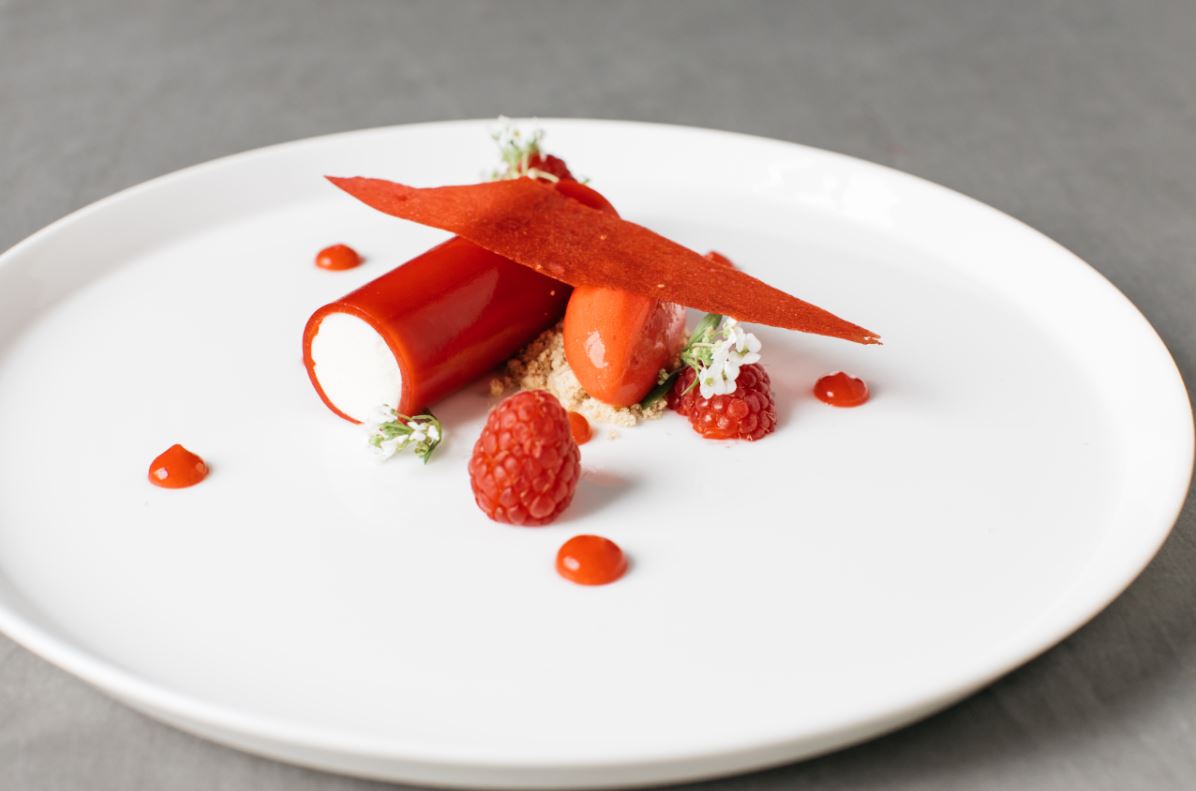 The shared dessert of lemongrass mousse with pistachio cake, crystallised pistachio and passionfruit sorbet (£8) was the only thing which didn’t deliver the same level of almost shamefully indulgent delight as the rest of the lunch. Too many flavours at once, possibly. I spied a neighbouring diner’s chocolate mousse with malted milk ice-cream and could feel envy rising within me. But it’s forgivable. I’ll just have to go back and do the same thing all over again, for dinner. And possibly tomorrow too. With even more crab tarts.