Theatre Review: Witness for the Prosecution

Decidedly uncomfortable, though, is Jack McMullen’s Leonard Vole – an unemployed young man accused, in Agatha Christie’s 1953 drama, of the murder of the wealthy elderly woman he befriended just weeks before her violent death. Her faithful housekeeper is adamant that she heard the pair arguing. Vole, with the threat of the noose hanging over him, is equally insistent that he’s innocent of any wrongdoing. 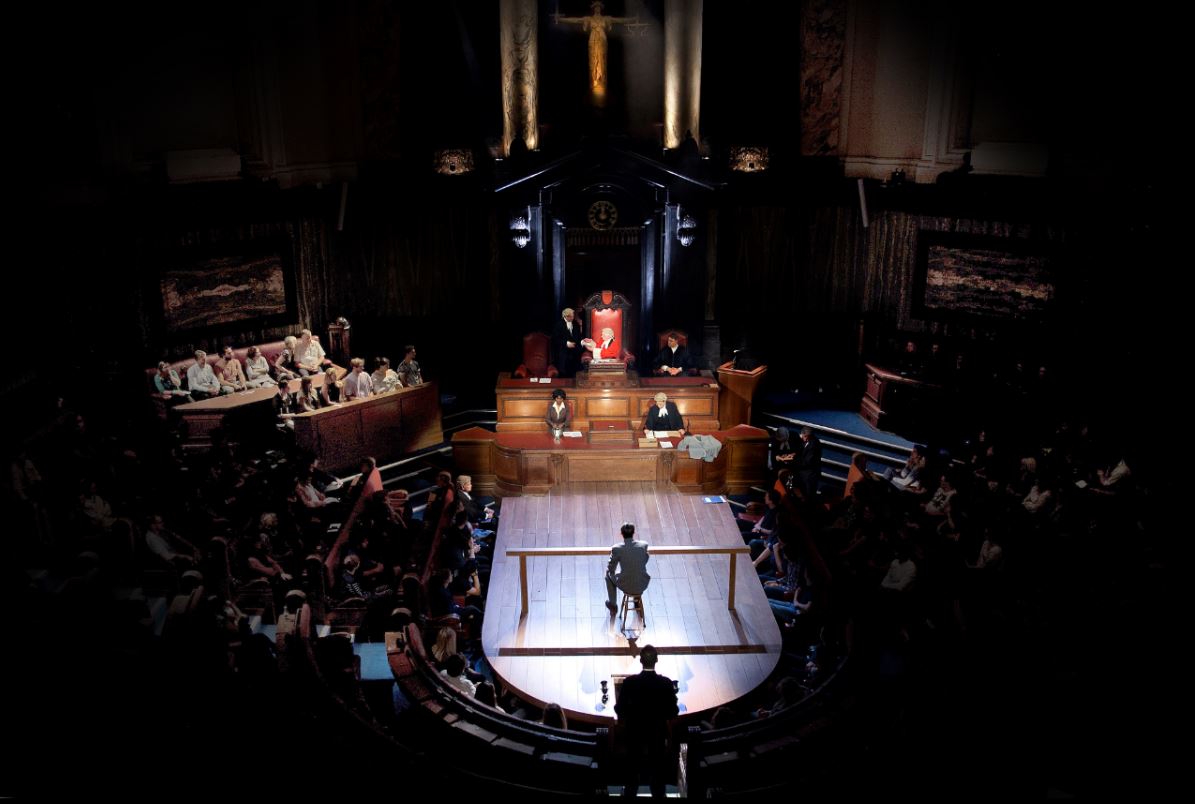 As you would expect from this mistress of the whodunit, the plot is full of surprise twists and turns – and Lucy Bailey’s extremely enjoyable production is well served by her cast, especially a suave David Yelland’s Sir Wilfrid Robarts QC,  the defending barrister who is determined to get the better of his old adversary (a deliberately unsympathetic Philip Franks), whilst   Patrick Godfrey’s presiding judge keeps his courtroom in order as Vole’s German wife, an actress,  is called to the stand.

It may not be a great play, but – especially in this atmospheric setting – it’s certainly a very entertaining one and well worth a visit.