Running of the Bulls: San Fermin begins in Pamplona – pictures

San Fermin Running of the Bulls festival kicked off in Pamplona, Spain, yesterday as a rocket was launched for Chupinazo, marking the beginning of the festival.

Today, the bull runs proper begins as tens of thousands of people race through the streets ahead of a herd of animals. Pamplona's Running of the Bulls will take place at 8 am every morning for then next seven days. 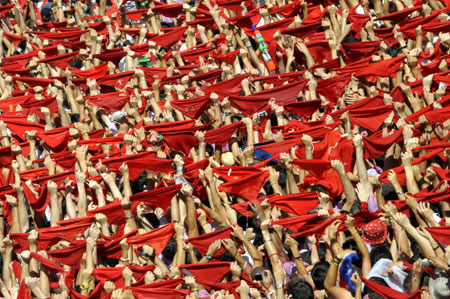 Participants hold red scarves during the Chupinazo, marking the start of the San Fermin Festival on July 6 in front of

the Town Hall of Pamplona.

Each run ends will bulls being herded into a bullring where they will be killed in an afternoon bullfight. 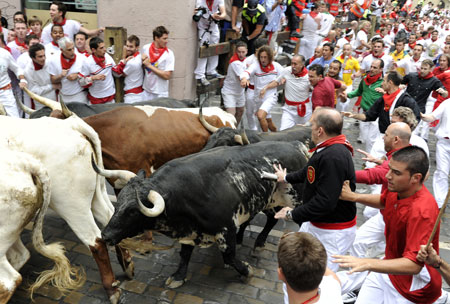 With bullfighting already outlawed in some parts of Spain, San Fermin Running of the Bulls is becoming an increasingly controversial festival.

According to a 2009 Gallup survey, 76 per cent of Spaniards have no interest in attending or supporting bullfights. 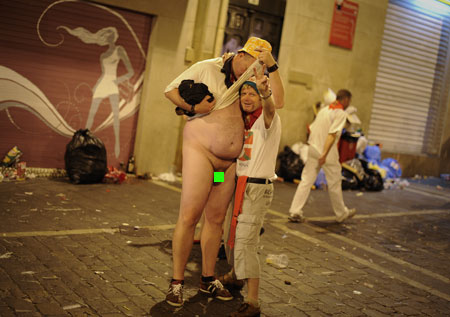 The stylish aftermath of the first day of San Fermin.

At the weekend, animal rights organistation People for the Ethical Treatment of Animals (PETA) UK and AnimaNaturalis participated in a demonstration against the San Fermin Running of the Bulls.

Protesters sprawled naked on the streets of Pamplona covered in brown, black and red bodypaint created a live tableau of a bloodied bull. 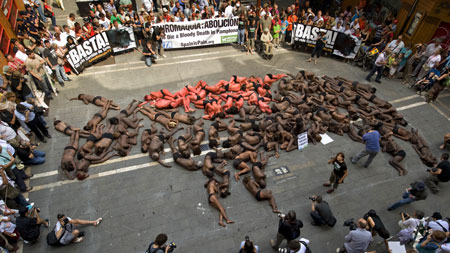 Not everyone thinks Running of the Bulls is legitimate fun.

In a statement, PETA said: “Prior to the Running of the Bulls, electric prods and sharp sticks are used to rile the bulls into a frenzy. Often debilitated with tranquilisers, the horrified bulls slip and slide along the narrow streets, pursued by hundreds, before they end up in the bullring. 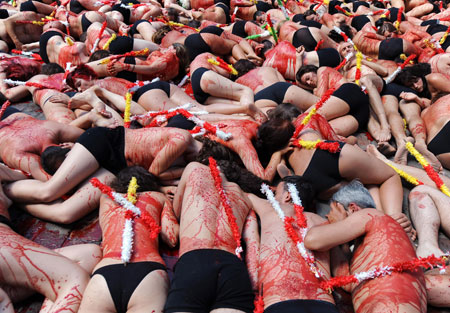 “There, as many as eight men are set against one terrified bull to taunt, beat and jab him with daggers for approximately 15 minutes, until the matador finally stabs the exhausted animal with a sword.

“Many bulls drown in their own blood when the matador's aim is inaccurate and the sword only pierces the animal's lungs.

“Next, a short dagger, or puntilla, is used to sever the bull's spinal cord at the neck before the animal is dragged out of the arena – but in some cases, the bull is still alive as he is hauled away.” 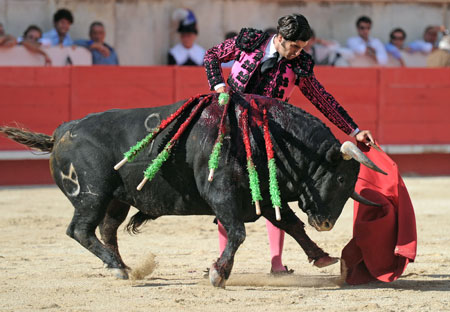 VIDEO: Base jumping from the top of the world’s tallest building