Monied British tourists arrive en masse to the Alps every winter and consume copious amounts of wine, steak and fondue.

At Les Trois Vallées and Val d’Isère they ski with Brits, drink with Brits and sleep with Brits.

Luckily, my recent trip to the French winter wonderland is to be decidedly different.

The hidden ancient village of Samoëns, located in the Vallée du Giffre, offers 265km of slopes nearby and an olde rural mountain charm untainted by the region’s hordes of package tours.

Here, there’s more than skiing to keep you entertained.

This quaint town is known for its rich limestone quarries and stonemasons, who famously created a brotherhood and commune in the village hundreds of years ago. 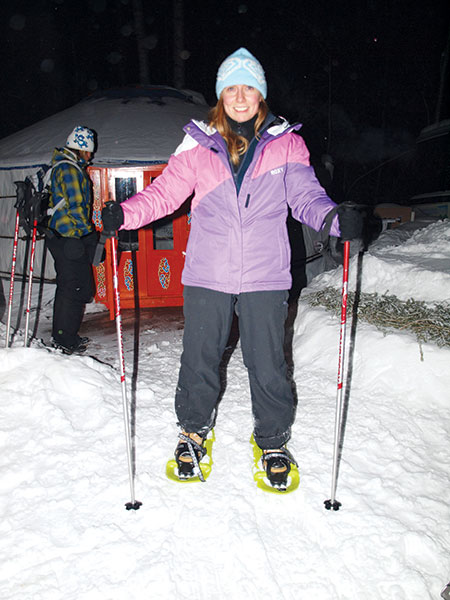 In the main square, typical wooden mountain retreats are swapped for stone structures dating back to the 17th century.

On a simple walk around the town, visitors will see a variety of these carved sculptures dotted along the streets. It’s just as well the town is so interesting, because it turns out I can’t ski at all – I look like Bambi on the slopes.

After my first day its feels like I’ve been crouching over a public toilet for six hours. And, when I’m not in the ‘toilet seat-hovering’ position, I’m legs akimbo on my back.

Covered in bruises, I take some time out from all the sliding around. Almost every guesthouse in this area comes with après-ski provisions.

Mine, La Reine Des Prés, has a sauna, steam room, and hammam. I use all three in an attempt to banish my aches and pains. 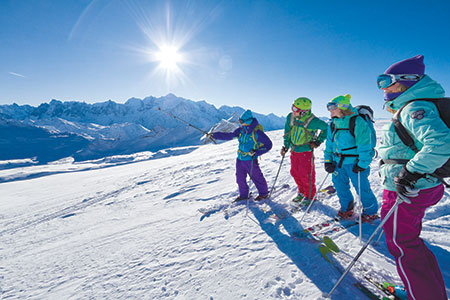 But after a day of tumbling and throbbing, I opt to switch things up and book an educational tour with the local mountain rescue team.

These red-suited, Santa Claus look-alikes keep people safe while they’re skiing around Grand Massif, and tourists can hang out with them for a tour of what goes on out of plain sight on the mountain.

“Climb up into the gondola,” says beardy pisteur Michel Dunoyer. At the top of the stairs there’s a mechanical room, which controls the gondola.

I watch as Dunoyer does his morning safety check before the mountain opens for action.

He looks for breaks in the industrial-sized cables and whacks every supporting tyre with a hammer, to make sure they’re not going to pop. Technical.

“The rest of what we do takes place at the summit,” he says. To get there I must scale the 2000km face on skis, via chairlift. Here we go again.

I just about manage to sit on the chair without falling off and gauchely plonk myself down, next to the first Brit I meet since arriving. 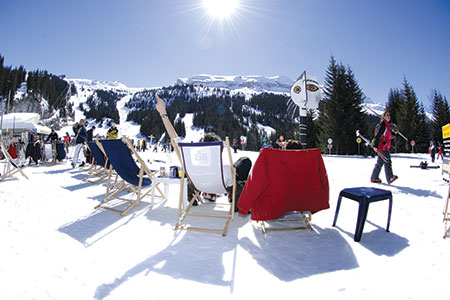 “Have you ever skied before?” asks my chairlift buddy. I tell her I haven’t and ask if it’s really that obvious. “Yes,” she chuckles.

“My husband only learnt to ski at 55 years old, so there’s hope for you yet,” she consoles. “I hated skiing at first,” her husband chimes in.

“Now skiing is a drug for me. I can’t get enough of it.” Our chair enters a cloud and the view disappears entirely.

The haze clears to reveal the piercing sun and big blue skies.

The scene above the clouds is humbling, with jagged mountains like cardboard cut-outs on the horizon. Mont Blanc, Europe’s highest peak at almost 5000m, commands our attention.

We feel like we’re on the roof of the world. On the peak there’s a cabin filled with more men in red jackets. 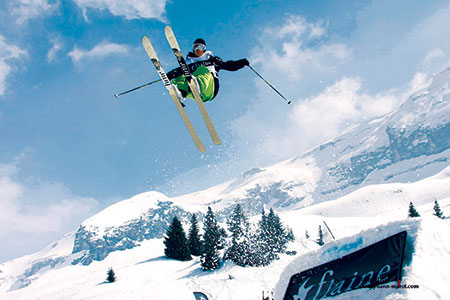 It could be Santa’s workshop, but the rescue team wield radios, ski stretchers and defibrillators instead of toys.

“Skiing accidents can be very serious,” explains one of the rescue team.

“Yes, there is only one way down the mountain, and that’s on skis.” Shit.

Empowered by the panorama, I pluck up the courage to tackle the descent.

There’s a fierce combination of challenging blue, red and black runs. Speed skiers whiz past me and I soon have to stop to rest my jelly legs.

Four hours later, I’m safely at the bottom. I deserve some cheese.

In the nearby town of Morillon a local guide, Arnaud Retrif, offers snowshoeing in the wilderness, followed by a giant dish of fondue.

Retrif is potty about snowshoeing and is a trained mountain leader. 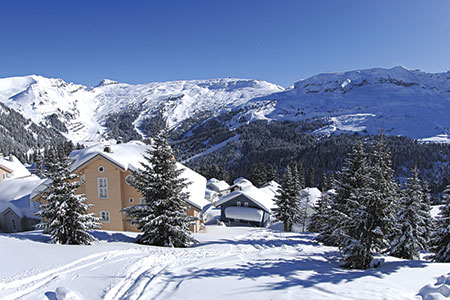 Our group meets him at his van, where he gives us giant slabs of cheese and boxes of wine to put in our rucksacks – this is the best preparation for a hike I’ve ever encountered.

Then, he opens his boot to reveal a bunch of bones in boxes. Slightly disconcerting. Are we next?

“These are animal bones I’ve found on the mountain,” he says.

“Don’t worry, they’re educational props to teach kids.” Phew. He hands me some funny plastic racket–shaped shoes, which flap around on my feet, and we set off into the wild.

There’s a chorus of giggles as the group walks in the spongy deep snow. We drop three feet.

“I thought   snowshoes were meant to stop you falling in?” I ask. “Push your walking stick in and see how deep it is,” Retrif says.

My long walking stick nearly disappears in the snow. Walking here with no snowshoes would be nearly impossible. Eventually, we arrive at Retrif’s yurt, a nomadic tent amid the trees. 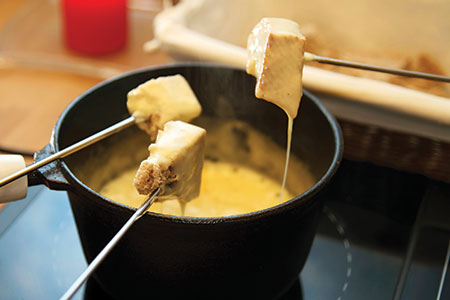 With a stove in the centre of the room lit, we cut up bread and colossal blocks of regional cheese, including Emmental, Reblochon and Abondance.

While we’re slurping wine with crème de cassis, Retrif warms some more vino in a saucepan, adds garlic and melts the cheese. We dip chunks of bread into the pot of gooey goodness.

Retrif passes around a wooden pot with eight drinking holes. “This is le grolle,” he bellows. This communal drinking jug is brought out after meals.

Instead of reinvigorating coffee, Retrif fills it with mulled wine and liquor. As I slurp greedily from le grolle, I have a winter holiday epiphany.

Forget that skiing lark. This here is my kind of mountain retreat.

Fly from London Gatwick to Geneva from £225 return with British Airways. 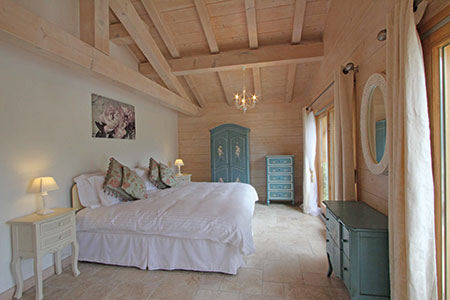 Varieties include reblochon, the creamy local soft cheese, with pork, onion and crème fraîche for about £8, or sweet, rich melted chocolate for £6.

Wash it down with their homemade dry cider. (Rue de La Cour, Samoëns)

Midrange: For a local experience, dine at Ferme Dunoyer.

This pastoral kitchen is set on a real working farm, and what comes with it, such as a few wafting aromas from the adjacent cowshed.

Luxury: Need a rest from cheese and cream? Try Le Monde a L’Envers.

This village restaurant was recently taken over by an American/Swiss chef and a Samoëns local, who together create world-inspired cuisine such as monkfish casserole with coconut and veal risotto.

Mains from around £18. (Place Criou, Samoëns) 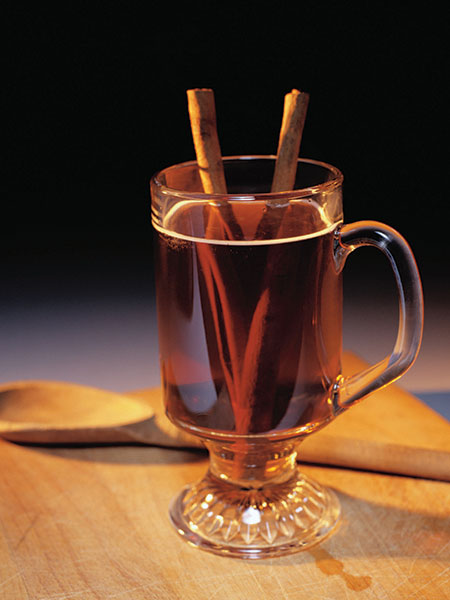 Budget: Start your après-ski with a tipple at Saucissons de Haute-Savoie, where they warm your cockles with homemade hot wine for £2.15 a pop, and hot apple juice with vodka for £3 a glass. (Located just off the main square)

Midrange: Had enough wine and need a proper pint?

Try Covey’s Irish Pub, which serves familiar pours such as Guinness, Edelweiss, Murphy’s Red and Amstel from £4. It’s also a great spot to catch up on the latest rugby and football.  coveysirishpub.com

Luxury: For a sophisticated drink it’s got to be La Clarine. This restaurant and bar serves potent cocktails from £6, against a backdrop of DJs, bands, and flat screens playing music videos. (Avenue Cognacq Jay, Samoëns) 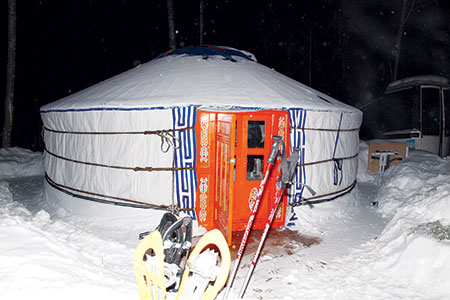 Budget: Hotel le Tuet is a small guesthouse in the centre of town. It has just six no-frills double rooms, with optional kitchenettes, but they sell for a very reasonable £38 per night. (Grande Rue; tel. +33 450349156)

Midrange: Chalet Falcon sleeps 15 people, and is isolated in the mountains.

As well as stunning interiors, guests can enjoy a hot tub, Wii, board games and table football, as well as spacious rooms from £580 per week – £82 per adult per night – in the winter period. chalet365.com

Luxury: La Reine Des Prés just screams luxury, but it doesn’t break the bank. The spacious apartments start from two bedrooms in size and can be booked from £797 per week (which works out at £113 per night). powderbeds.com