Despite being among those nations given little chance of making it through their group or even getting a point against Holland, Spain or Chile, they enjoyed a hero’s welcome when they got to the beachside city of Vitoria.

They’ll be based there, 300km from Rio de Janiero, for the duration of their Cup.

Coach Ange Postecoglou has taken 27 players over, though four will have to drop out when he trims the squad to the required 23 on June 2.

“The @Socceroos have landed! Welcome to the 1st team arriving for the #WorldCup,” he posted in French alongside a pic of Tommy Oar when they landed in Rio.

The Socceroos next challenge is a warm-up match against Croatia in Salvador on June 6 before their campaign begins on June 14 against Chile (11pm London time).

Before leaving Australia the squad was treated to a farewell gala at the Sydney Opera House before being sent off by fans at Sydney Airport.

Heavy security surrounded their hotel on arrival and the media interest could have confused passers-by into thinking the stars of Spain or Argentina had lobbed up. But no, this is the World Cup. If there was any doubt as to the magnitude of the event for the Aussie youngsters, they’re under no illusions now. 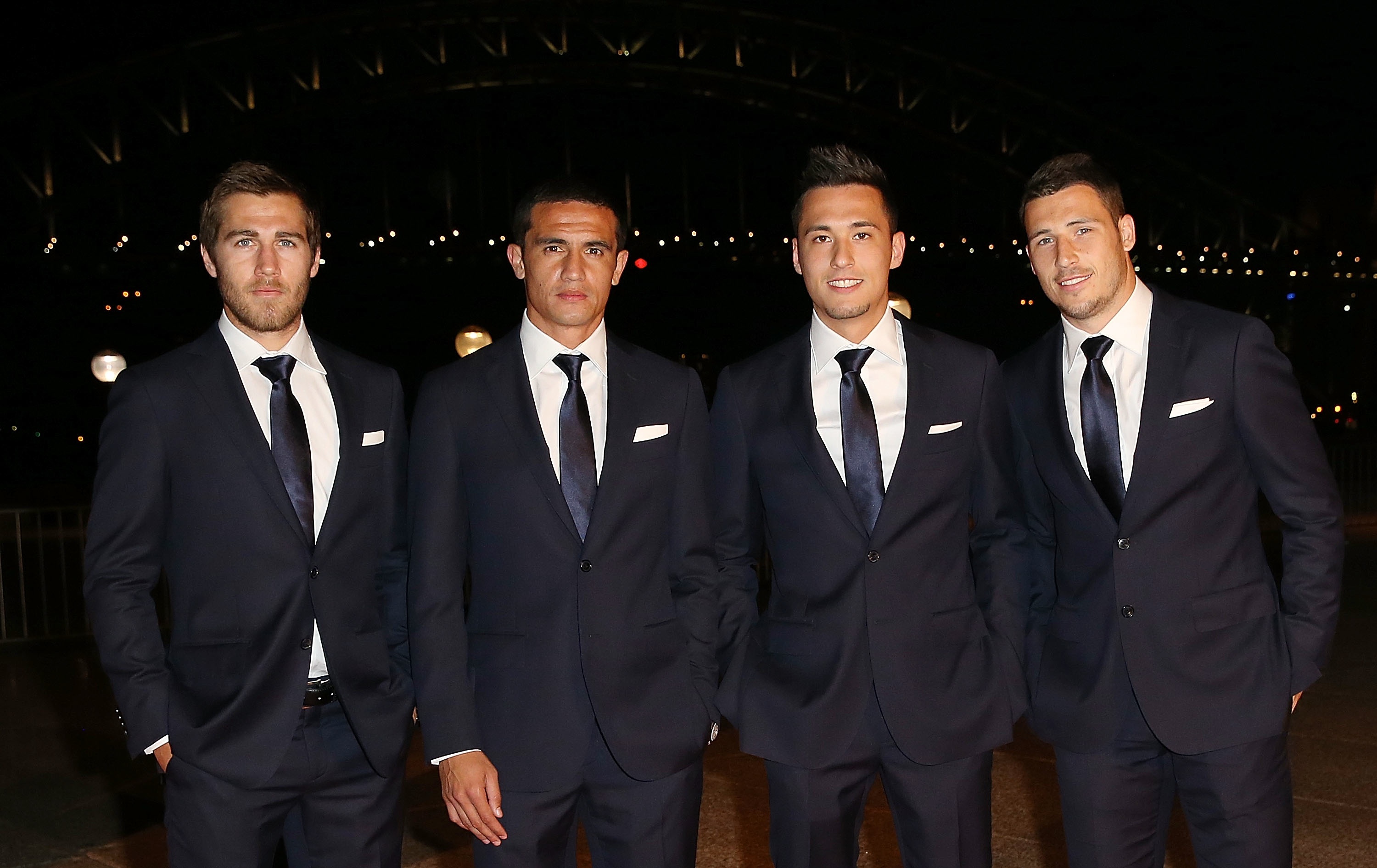