Sonny Bill’s heading back to rugby, after a year in league, and wants to win at the Olympics too

And they’ve left the door open for the code-flipper to have a crack at claiming Olympic gold in the Rugby Sevens when it debuts in Brazil 2016.

Williams has signed a two-year deal with the New Zealand Rugby Union and is every chance of returning to the All Blacks and likely to return to their line-up to defend the World Cup in England in 2015.

The super-talented centre or back-rower in both codes spent 2008 to 2012 in union, before switching back to the Roosters where he won the NRL title last year. 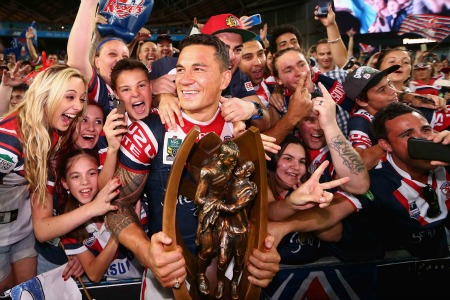 In a rare hit to his record, New Zealand failed to overcome the Australians in the recent Rugby League World Cup final – he left the code just before they beat the Kangaroos in a massive upset in the 2008 Cup.

Nevertheless, he has been awarded league’s international rugby league player of the year award.

“Sonny showed in his two years with New Zealand rugby that he is an outstanding talent and was a real asset to our game. We are delighted to have agreed terms which will see him return to rugby in 2015,” said New Zealand Rugby CEO Steve Tew.

“We think it is great that he has made his aspirations clear and if he plays well enough to be considered for selection for those teams, then that is fantastic.” 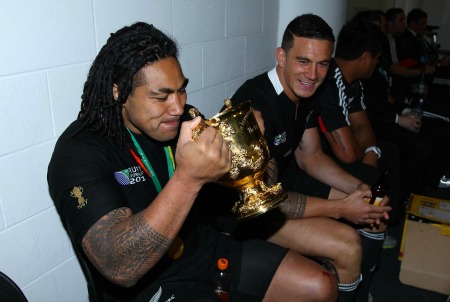 He played in France on his turn to rugby before moving to the Crusaders, but he won the Super Rugby title with the Chiefs in 2012.

And we haven’t even mentioned his boxing!

Here’s what his NZ league teammates think of him as they perform an awesome haka.