The JJ Abrams-directed film stars Chris Pine (Kirk), Zachary Quinto (Spock), Zoe Saldana (Uhura) and Benedict Cumberbatch as the villain John Harrison, who despite having the least villainy name in the history of sci-fi villains was described as a “one-man army”. 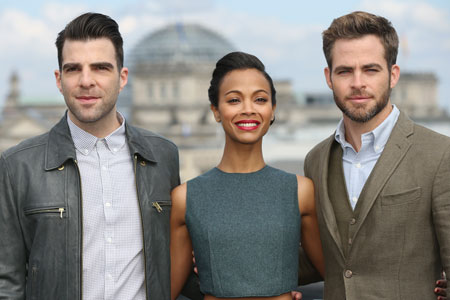 The Guardian called it “a sparkling 3D sequel” and “an astute, exhilarating concoction”.

“Abrams also maintains the glistening visuals of his earlier film; Into Darkness is slathered in so much lens flare it looks like a Kylie Minogue video. And the flashes of crackling, knowing comedy have been retained, punctuating the shuddering fight scenes and chase sequences that are the very currency of the action blockbuster.”

Empire magazine said: “Cumberbatch’s Harrison may be dressed for a GQ cover but he is, in essence, a one-man army.

“If this is Abrams’ final frontier, he has left Star Trek in a good place, both in the fictional universe and as a franchise. In some sense, the title is misleading.

“Into Darkness is a blast, fun, funny, spectacular and exhilarating. The rule of great even-numbered Trek movies continues.” 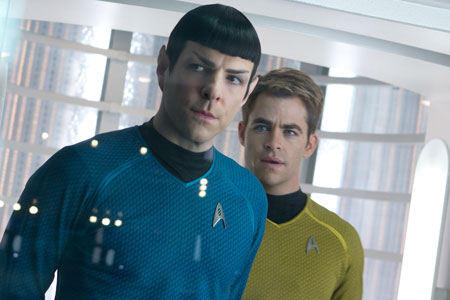 “Mostly, this is fantastic fun: a two-hours-plus blockbuster that doesn’t bog down in exposition or sag in the middle. There are reversals and rug-pulls galore, most of them executed with whiplash skill.

“Trouble is, at a certain point peril-fatigue starts to creep in, putting the story (like the overtaxed Enterprise) at the risk of burning out.

“But man of the match is, of course, Abrams. His aim with Into Darkness was to mint a standalone adventure, one that welcomed total Trek neophytes at the door. Mission accomplished – there’s buried treasure here for long-term fans, but this is a franchise flick that demands fanboy foreknowledge far less than it does slack jaws and high stamina.”

At the time of posting, film review collator Rotten Tomatoes had seven reviews, all positive, giving the film a 100 per cent rating.

Seven Sisters wearing nothing but the Ocean Breeze