Birthed last summer to bring together the diverse communities of street art, sport and performance, Streetfest kicks off in Shoreditch with live art demonstrations, including the audience-voted Secret Walls 90-minute graffiti comp, alongside a digital art tournament, pop-up photo and nail design booths and top audience-involving workshops, too.

The Hackney-based street dance company Nemesis, female-focused Dare2Dance and rollerskate dance troupe High Rollaz will deliver explosive routines. And choreographer Yami ‘Rowdy’ Lofvenberg, who won the World Lockin’ title at the Hip Hop Championships in 2010, will be running three dance workshops specialising in Eighties dance moves including The Backslide (the moonwalk to you). 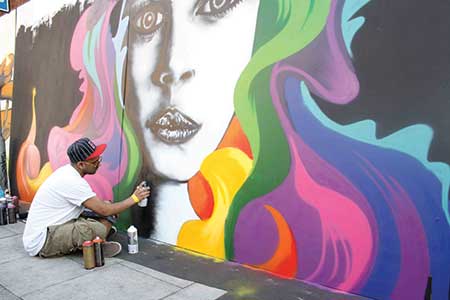 “We’ll be performing all kinds of 360 variations, flips and flairs on the new HP [half pipe],” says Forte, who won 2005’s World BMX freestyle title.

“The whole MBE team are looking forward to the shows. Working on a jump or line all winter then riding it for the first time in the spring is an amazing feeling.”

Sports won’t be limited to two wheels, though. There will be inline skate and unicycle demonstrations even, with skateboarding workshops and demos, too. The world-renowned Game of S.K.A.T.E. battle will be putting the pros’ talents to the test, and a Red Bull mini-ramp jump competition will pit 20 professional skaters against each other.

Alongside the shape-throwers and sports, there’s also a star-studded line-up of DJs and rappers to keep the party going long after the sun’s set, including Washington DC-based Oddisee, St Petersburg-born, London-based DJ Vadim, and south London’s Dot Rotten, who featured in the BBC Sound Of 2012 poll and has a debut album, Voices In My Head, ready to hit this June. 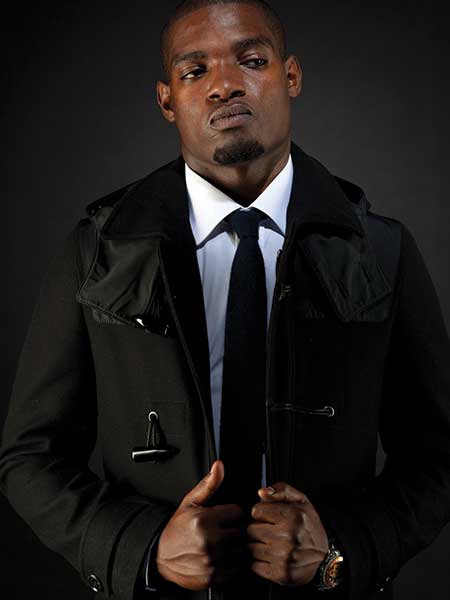 Urban culture need not be exclusive, though, and is a far cry from what you might expect from a festival geared around moves, tricks and MCs. Stu Smith, founder of north London-based skate company Love ‘n’ Skate, one of SF’s co-curators, tells us skating is often misunderstood.

“The biggest misconception is that skateboarding is all ‘shaka-brah’ and rap metal, that LA stereotype – it’s not,” he insists. “Skating is a bunch of individuals into a whole bunch of different things and who each bring something different. Most of us aren’t throwing gang signs at each other all the time!”

So forget what you thought you knew and see the stars at London’s premier live art fest take to the air, shake their thing, and conjure new artworks before your eyes. There’s no better place to be this weekend!

This is a 90-minute street art battle in which two artists – or two teams comprised of a number of artists – get the length of a footy match to conjure some judge- and crowd-wowing designs right before your eyes. This year’s “warriors” are Team GB (Ventza and Darren John) and Candy Lo & Riff.

The winners will be decided by a combination of an adjudication panel and the opinion of the punters, which is measured using a decibel counter. For furiously good street art with a competitive edge.

The Cut & Paste art collective – who act as the link between the creative industries and the business side, and are co-curators at this year’s Streetfest –present the global Digital Design Tournament. Digi artists from around the world have taken part in a competitive showcase and their work will take up residency here and be projected on screen at SF for all to check out. 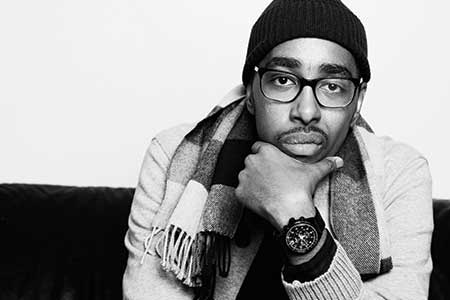 The Maryland-born rapper and producer hits the capital for the third time in this crowning headline show. Oddisee (above), who splits his time between New York, Washington DC and London, made a name for himself with underground movement Boiler Room.

Famed for his thoughtful and intelligent production, as seen on last year’s People Hear What They See for the US hip-hop label Mello Music Group, which was voted the iTunes Hip-hop Album of the Year.

Taking the day’s thriving art element and making it physical and personal, finger beautifiers Claire Kirby Nails and Effy Nails form the Nailfest Collective, on hand to make sure all nails are resplendent in only the most cutting-edge designs.

Choreographer Yami ‘Rowdy’ Lofvenberg, who’s trained in lockin’, popping, breakin’ and hip-hop dance and has been teaching for 10 years, will be leading these workshops, showing you how to do Eighties dances The Moonwalk, The Running Man and The Wave. 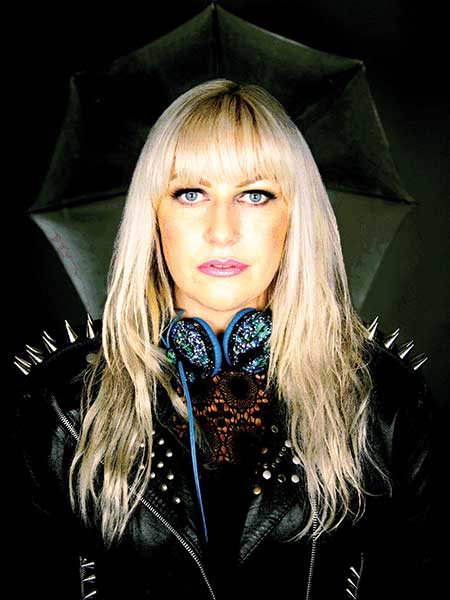 DJ and producer Nikki Beatnik (above), tagged as ‘the female Mark Ronson’ by some, is tour DJ for Kelis, has played festivals and clubs the world over, and is a musical magpie genius. Talented and diverse, her set will stun. 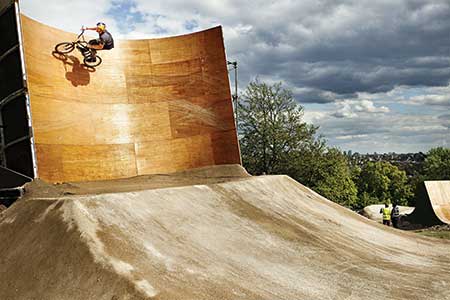 Britain’s foremost BMX Dirt star Kye Forte, from the little town of Newton Abbot in Devon, was the brainchild behind the Red Bull Empire of Dirt show in London last year, and is a globally respected stunt-bike guru.

Famed for his breathtaking skills and technique, Forte and daredevil assistants from the Mobile Bike Events team will conquer a purpose-built course on two wheels. Their mad skills demo session will be filmed for Red Bull Flow, too.

The folk from tour experts Alternative London will park up their big red bus to offer workshops and tutorials for those keen to make a street art impression all of their own. For those with skills to hone or those who just fancy grabbing a spray can and testing their own hand on the urban canvas.

Do you fancy yourself as the next Banksy? Harbour aspiring Blek le Rat ambitions? If so, this is one event you can’t afford to miss.

Street style brand Palladium Boots bring this have-a-go digital graffiti wall where ambitious punters get three minutes to conjure their own slice of street art. A choice selection of talented students will also convene at the time-sensitive wall to put their skills to the test. 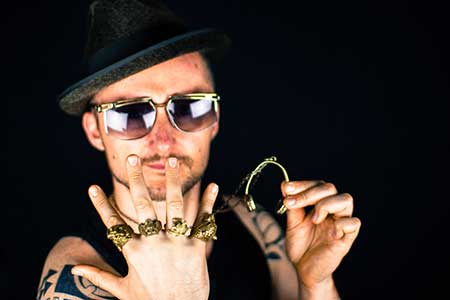 The St Petersburg-born DJ and producer (above) was raised right here in the Big Smoke, before swapping the UK for the clubland centres of New York and Berlin. Hip-hop, reggae, electronica and soul, not to mention his trademark rhythm-driven instrumentalisations, combine in Vadim’s multi-genre-fuelled output.

A legendary live performer – as anyone who caught his show at Koko last August will know – he’s travelled the world, played everywhere from Fuji Rocks to Glastonbury, and is set to unite SF’s music fans.

The inline skate curator at Streetfest, Kingdom Magazine, bring the best of British rollerblading to east London. The mag’s been at the core of the Brit inline scene since its inception in Brighton in the mid-Noughties, and they’ll be bringing this expertise, insight and knowledge to their skating exhibition, comprising the best and most talented skaters from not just London but around the country, too.

The DJ collective Rags, Khalil, Snips and Budgie have been championing true hip hop and making a name for themselves across London with their legendary line-ups and parties. Expect big things. 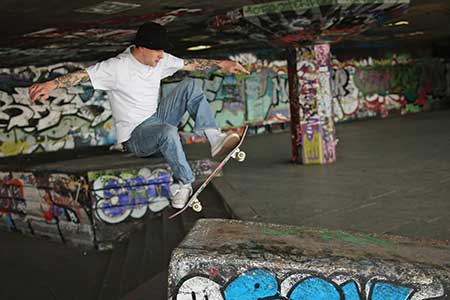 Game of S.K.A.T.E is a world-renowned skateboarding game birthed back in the Seventies that pits skateboarders against each other to demonstrate their skills, courage and four-wheeled talent.

Heats took place in April at Mile End skatepark to whittle down a prospective 32 boarders to a final eight, who will face off in Streetfest’s final. The competition will be screened live on Red Bull Flow, Sidewalk and CaughtInTheCrossfire social media sites.

Unicycles are one wheel short of a bike, so to speak, but the Voodoo crew will show why it’s not about the number of wheels you’ve got but what you do with them that counts.

The six-strong team of riders will be demonstrating what can be done when you’re grabbing your crotch in a street-cool manner and peddling. Can’t wait to see that …

The b-boys and b-girls take centre stage in this battle of the sexes dance-off. Expect moves that make you marvel, bristling attitude, loud audience support for their respective gender and, of course, a highly driven, hormone-charged edge.

Printing stylists Screen Street will be on hand all day to conjure up anything your mind can fashion onto a humble T-shirt. So get your thinking caps on and imagine some out-there visual masterpieces to put their skills properly to the test. 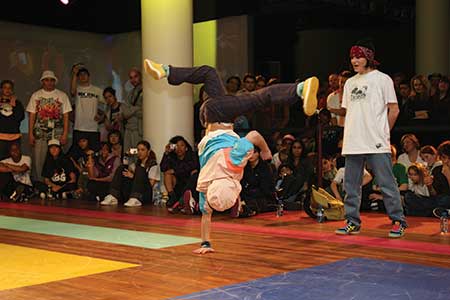 Dance group Nemesis run classes for young people in Hackney in street dance and contemporary dance, as well as athletic coaching so you have the stamina to pull off the big moves over and over again.

They’re pulling up at Streetfest to offer tutorials and skills sessions so you can learn the moves, the technique behind them and what you need to work on to make sure you’re the sharpest mover in the hood. Limber up and get ready – this will be an intense sesh.

The same guys who put a man in space and then stunned the world as he jumped from a hot air balloon 39km high back to earth bring you this gravity- defying jump comp. A team of 20 professional skaters will compete in a half-pipe challenge with two aims – to outdo each other and to impress the crowd. The best rollerbladers and BMX riders will also be in action.

Burma is the must-see destination of the moment: We explore this controversial country

Don’t miss out on this year’s Ealing Comedy