The need for speed: Aussie car racer Tania Mann is one driven lady

“I always had an insatiable need for speed and after seeing racing on TV as a child I dreamed of racing cars,” Victorian racing driver Tania Mann tells us ahead of her about-to-go second season of competitive motorsport in Britain. Mann, we quickly learn, is one hell of a driven lady.

With a love of racing which she, in part, attributes to her motorcycle-racing father, Mann left her Anglesea home as a teen and came to the UK. She left to “explore the world” and race cars, too, but in her 20s moved into finance.

While she’s now pitched up at London finance firm UBS, the aim to fully realise her petrol head passion is also being fulfilled. “My finance career in the UK facilitated [my racing] by funding my initial track days,” she explains of her early steps into motorsport.

There were few chances for track racing back home on the coast, so she arrived here with little racing experience. This didn’t stop her becoming a success, though. 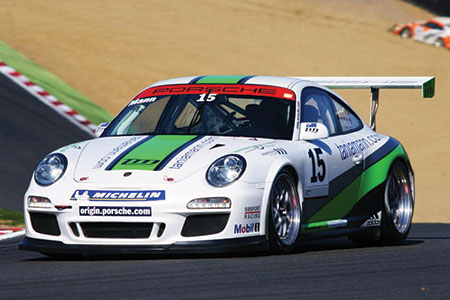 In mid 2010, she bought a Porsche 911 997 Turbo and set about acquainting herself with track days. “I immediately loved it and felt at home,” she recalls. Follow-up runs at Brands Hatch in Kent and at Spa Francorchamps in Belgium followed.

In 2011, she stepped out to compete for the first time in the Lotus Cup UK. “It was exhilarating and I loved every minute of it,” she recalls excitedly. “I’d only done a few track days before my first race and didn’t know any of the circuits I was racing on, so initially I was very much driving on instinct alone. Looking back I had no idea what I was doing.

“As the season progressed I learned about concepts such as under and oversteer and car set-up, but I was still very green behind the wheel.”

With a year in the Lotus under her belt, Mann moved up last year to the Porsche Carrera Cup GB for its 10th annual season, and she attacked it with the same gusto you might expect from someone whose singular mindset saw her overcome the fact she’d only just completed enough Lotus races to qualify for a licence to race in the Porsche Cup. 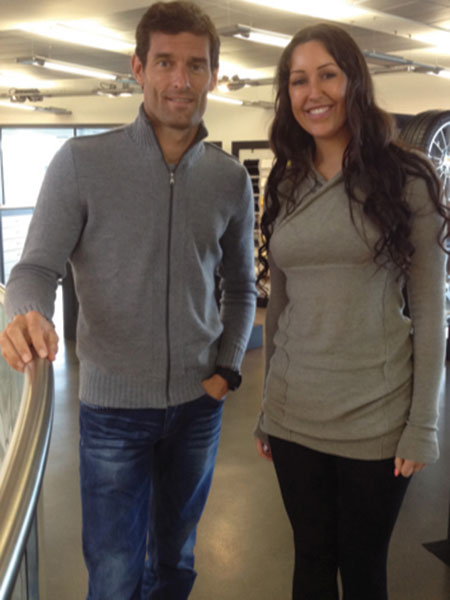 “I relished the opportunity to race with some of the best GT drivers in the world,” she recalls, a year on from her debut season, seeing the challenges as positives, a trait that characterises her approach.

“It was an opportunity to learn from the best. The GT3 Cup car was far more powerful [than the Lotus] and with slicks this made it an incredible thrill. When I first got behind the wheel and acclimatised to the speeds of the Porsche, there was some nervousness,” she says. Big understatement.

If there were nerves, though, it didn’t show, as Mann became the first woman to complete a full series in the PCC GB. Not just commended for completing the season, she was also crowned the vice-champion of Pro-Am2 – meaning the runner-up in her division within the series.

“I felt fortunate to have had such a phenomenal experience and proud I followed my dreams,” she says, before revealing what really goes in to making it: “I have had to sacrifice all other elements of my life, but it is so rewarding that I wouldn’t change a thing.” 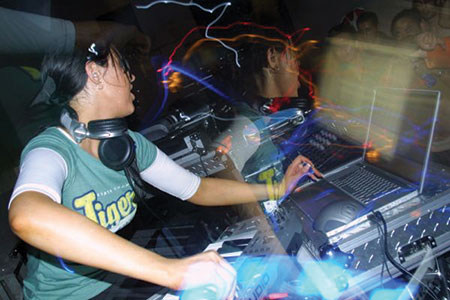 Add to this a fervent training regime (see below) and it is clear to see how and why racing does not come cheap, nor without personal sacrifice.

Funding and sponsorship is a big element of making it in a sport where competition is as fierce for financing as it is on the track, but Mann’s business background puts her on a good course, understanding the needs to make herself marketable to prospective sponsors.

“There are some phenomenal series in the UK and around Europe and it is important to consider the exposure on TV, so it makes sponsoring me an attractive prospect,” she recalls of her target-savvy approach. And, by her own admission, she has a “maths brain” and is a natural at working with the complex data that is so vital in motorsport.

This comes as no shock, considering she has Science and Commerce degrees, plus post-graduate studies in Applied Finance and Investment, which both helps her improve times and balance the books. And Mann’s no longer an instinct-only driver.

Mann appears to draw a little of both into the mix – possessing the instinct and drive to get out there and make it against the odds (her maths brain has no doubt illustrated to her how the odds can be stacked against her), but with the number-crunching consideration in the pits and the garage to maximise the performance of her team.

“I’m constantly networking and working on car-related projects, which I not only find fun but help raise my profile further,” adds the driver, who’s also DJ’d in clubs such as Heaven and Turnmills, and played with Armin van Buuren.

With both Lotus and Porsche seasons under her belt, Mann’s aiming to step it up again this year, and is now finalising funding to compete in either the Ferrari Challenge, Porsche Carrera Cup or British GT.

Whichever series gets Mann’s patronage, though, you can bet this Aussie lass is going to make an impression. 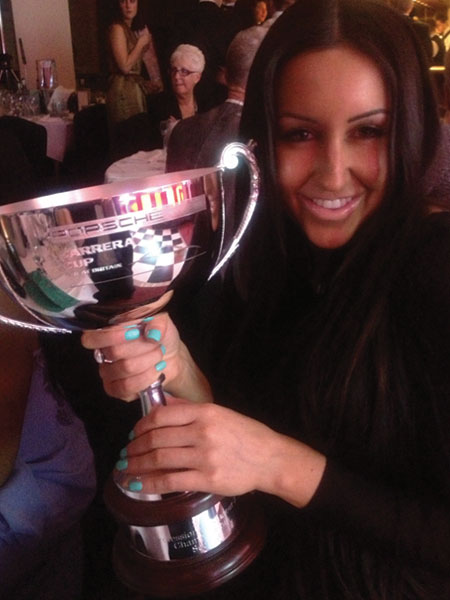 Getting fit behind the scenes is no small measure for Tania Mann, who has ramped up her intense training regime “to be stronger for this year”.

“I also took up cycling to improve my stamina and can now comfortably ride for many hours a day – one to three hours a day is normal, but I can easily do double this,” she says. Add to this her demanding job at UBS. “I’m currently contracting as the finance lead for a large IT programme,” she says.

“However, my dream would be to secure sufficient funding to race full-time.”It is clear to see the sacrifices that have to be made to make it and Mann has tunnel vision for her goals.

“It’s exhausting juggling both a banking and racing career,” she says. “But I’m so passionate about my racing that I will do whatever it takes to get me out on the grid!”

From grape to glass