The rise of eSports sees wave of Gaming Cafe’s open

eSports is undoubtedly a million-dollar industry with millions of fans worldwide. America, with its NBA, NFL, NHL and MLS is even witnessing eSports coming the fastest-growing and most-viewed sport. Each month, over 100 million viewers tune to watch video game play and that number is expected to near 145 million by the end of the year. eSports tournaments have exploded in the past 14 years and what started as small events between amateur players has grew to nearly 2,000 tournaments boasting the world’s top professional players.

The likes of Vodafone are now even getting in the action and took advantage of the thriving gaming market in Spain by launching its own eSports channel. The network provider launched a dedicated Twitter page for eSports Vodafone and has also announced a collaboration with G2 eSports, a world premier eSports club, to support a League of Legends team in Spain.

Many high-street bookmakers are capitalising on the buzz and host a platform for betting on eSports, offering great deposit bonuses and more. Betting on eSports may sound strange but live-betting is a form of wagering that has taken off in recent years, in particularly on live casino platforms like CasinoCruise.

Elsewhere in Europe, eSports is also big business in the UK with a number of eSports cafes propping up. In London, popular eSsports café Meltdown allows you to play games including Hearthstone, Starcraft 2, DOTA 2 and League of Legends to name a few. The café offers customers their PCs and consoles for free, whether its to play or watch live streams. All users need to pay for is any food or drink they consume, entry is free and the majority of tournaments are free to enter. The café is overwhelmingly popular and has been since its opening in 2013. 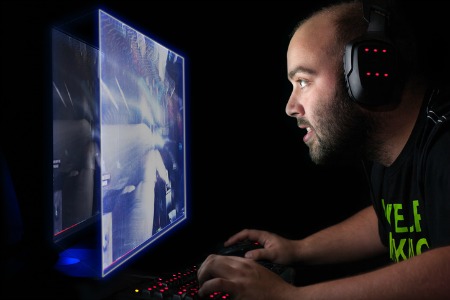 Across the capital is Swan Wharf, a Victorian warehouse amassed with design agencies, metalworking workshops and other assorted businesses. It does not look like the place to find a promising new hub for gamers, but that’s exactly what you’ll find spanning two floors of this building. Named EXP, it is described by its founder as “the largest dedicated games and play-space in London, embracing video games, table top games, films, TV, books and comic hobbyists”. On the top floor, you’ll come across 32 gaming PCS – all great for watching and playing eSports, 20 consoles ranging from Xbox One to PlayStation 4 from the modem era and retro favourites such as Nintendo 64.

The popularity of eSports tournaments is booming. Players are simply competing against one another on the latest computer games and the industry is booming.

eSports tells us that the likely winners in the online gambling market will be not only the obvious casino players, but also others that embrace the full spectrum of entertainment and social media around it.

The total of number of hours spent watching eSports events last year exceeded six billion worldwide, up 19% from 2015. Not only has the popularity of eSports grown exponentially but so has its profitability, thus gambling websites are leveraging the trend’s success.

The Three Most Reliable and Affordable SUVs

Rihanna made ambassador for Barbados