In short, Van Tour is an Antipodean rite of passage, but one without any formal arrangements or routes. The general idea is to grab some buddies and a beat-up van and embark on a road trip around Europe. The unofficial start and end points are the Running of the Bulls in Pamplona (July 6) and Oktoberfest in Munich (September 22), though you can go for as long or short a period as you like. Taking in major European festivals along the way, you’ll bump into and meet up with fellow van touring types – and, in all likelihood, get ruinously pissed en masse.

While this is an independently organised ‘tour’, there are resources to ease your way. And your old buddy TNT is here to help you with those first tentative steps towards the ride of your life. Read on to find out which festivals you should work into your itinerary, some suggested routes, a few sensible points (not too many, promise), and the lowdown on the infamous 100 Club – an event exclusive to Van Tour, and not something you want to wander into without reading up on it first. Trust us.

Best of the fests

A major part of Van Tour is swinging by as many crazy festivals as you can. We know all about Pamplona and Oktoberfest, but what should you hit up in between? Here are some ideas, but remember you can’t do them all. We’ve not included music festivals – see our special supplement in this issue instead, from P37.

• Calcio Storico, Florence, Italy – June 24: Start your Van Tour early with this football-rugby-fight mash-up that sees two teams of 27 men dressed in Renaissance pants play a non-stop 50-minute game of what might be better termed ‘murder ball’ in a giant sand pit. It dates back to 16th-century Italy and punching, head-butting and choking are encouraged.  ultimateitaly.com

• Haro Wine Festival, La Rioja, Spain – June 29: Just a few days before Pamplona, get into the party spirit with this town-wide celebration that demands participants throw gallons of red wine at each other. There are also wine-drinking competitions – might as well start as you mean
to go on.  lariojaturismo.com

• Bordeaux Wine Festival, France – June 28-July 1: Why not stop off in Bordeaux as you drive down to Spain and check out the famous wine region’s festival? Supping fine vinos and visiting vineyards, this is probably the most respectable you’ll appear for some time.  bordeaux-fete-le-vin.com/uk

• World Bodypainting Festival, Pörtschach am Wörthersee, Austria – July 2-8: You’ll see crazy creations at this event, which hosts the World Bodypainting Awards. There are also bands, DJs and the ‘Body Circus’, which invites “freaks to come out and get wild”.  bodypainting-festival.com/en

• Santísima Sangre, Denia, Valencia, Spain – July 7: If you’ve already been to San Fermin, you might prefer to check out this alternative bull-running festival. The beasts are released through the streets and directed towards a bullring which has a pier in place of a fourth wall. Runners are challenged to taunt the bull into charging off the pier and into the sea. We’re assured that people are on hand to help the bulls out of the water.  valencia-cityguide.com

• Wasserschlacht, Berlin, Germany – July 20: A fun and filthy tradition since 1998, every July residents from Berlin’s Friedrichshain and Kreuzberg districts meet on the Oberbaumbrücke bridge to wage war on each other with water, eggs, fruit, veg, herrings – and anything else that comes to hand, so long as it’s rotten or cooked. Prepare to smell baaaad.  ‘Wasserschlacht’ on Facebook

• Boom Festival, Idanha-a-Nova, Portugal, July 28-Aug 4: This festival for fruit loops – sorry, free spirits – is a sort of Euro Burning Man. Based on the “principles of peace, celebration, psychedelic culture, art, environment, knowledge, education, and love”, you’ll no doubt have a spiffing time in the Alchemy Circle and by the Sacred Fire – read: throwing intoxicated shapes to trance.  boomfestival.org

• International Regatta of Bathtubs, Dinant, Belgium – August 15: This particularly silly celebration sees locals ‘racing’ homemade crafts down the placid River Meuse. The only rules are that their creations must include a bathtub and do not have a motor. Take a picnic and sink some beers as you spectate.  visitbelgium.com

• La Tomatina, Buñol, Valencia, Spain – August 29: You know the drill. The world’s most famous food fight soaks the tiny town of Buñol in tomato juice for yet another year. Turn up early to increase your chances of actually seeing a tomato – thousands of tourists pack into Buñol’s narrow lanes. And do NOT wear a white T-shirt.  latomatina.org

• Festa des Vermar, Binissalem, Majorca – September 15-30: This annual grape harvest festival is a riot of parades, parties, and grape-crushing competitions. Best of all, however, is the ‘grape battle’, slated to take place around the last weekend of September. Follow the thousands as they chase a piper into surrounding fields – then pelt everyone you see with grapes.  illesbalears.es

• Closing parties, Ibiza – September 17-30: The notorious party island stages its final blow-outs to mark the end of the season. The biggest clubs and the best DJs will see another year of Ibiza out – could this be the perfect end to three months of pure hedonism?  loveibiza.net

Keep reading for the full route 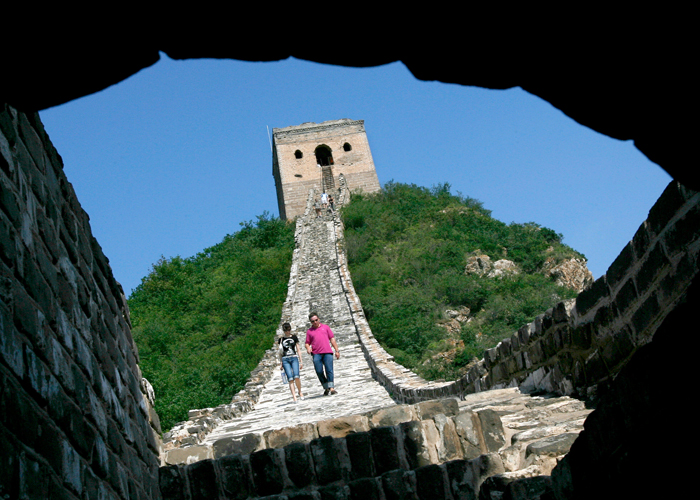 There is no set route on Van Tour – you can motor wherever you please. But to help you make a plan, we’ve devised an itinerary from Pamplona to Oktoberfest, with no more than a day’s driving between each stop. Use it as a starting point to map out your own travels. We’ve kept this overland, but many folks like to work in the Greek islands, where they can earn money and party at the same time.

Once off the ferry, head for Paris. Spend a couple of days exploring the city of love, and stock up on cheap bottles (or boxes – we’re not proud) of wine.

Drive south-west towards Bordeaux. Stop off for a day here, maybe visit a vineyard, and sample the local grape.

Remaining on the coastal route by the Bay of Biscay, you’ll soon find yourself in San Sebastian, Spain. Enjoy the stunning city beaches and prep yourself for some adventures in the region, such a Bilbao BBK Live or San Fermin in nearby Pamplona.

After the festival madness, point yourself in the direction of Lisbon, Portugal. It’s a mercifully compact city with plenty going on – think arty bars, surfing, and vintage boutiques.

Hit up Lagos, where you’ll meet masses of fellow Antipodeans up for a beach party. Make sure you get down to Joe’s Garage, where they set fire to the bar and chase you with machetes. More in ‘What is 100 Club?’ (right).

Make a short stop in Seville, Spain, and sample the best nightlife in Andalucia.

Now to Madrid for more pumping bars and clubs. Also check out the capital’s great live music and food scenes. 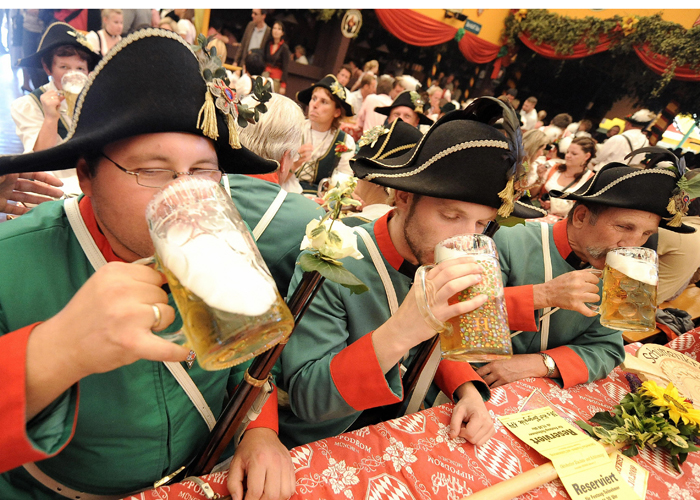 Arrive in Valencia, on the east coast. Bear in mind when planning your trip that this is the region in which La Tomatina – the ‘tomato fight’ – goes down in August.

Head north up the coast to Barcelona. You’ll want to spend a few days at least in Spain’s sexiest city, admiring the sights (including the bodies on the beach) and, as almost no-one says, living la vida loca.

Keep to the coast and dip back into France until you reach Marseilles. Delve into this city’s unique history or, if you prefer to relax, the small beaches between La Pointe Rouge harbour and La Madrague harbour are the cleanest.

A quick stop in Lyon demands you explore the city’s spectacular network of underground passages – called traboules – and take on its big clubbing scene.

It’s about 360 miles from Lyon to Venice, Italy, so you could mount an epic journey (and share the driving), or stop off at Milanin the middle. Work in Florence if you have time and soak up some culture seeing the likes of Michelangelo’s David. Pisa is just a daytrip from here, too.

Cross into Austria and, once at Innsbruck, wander its medieval lanes and sip sundowners while admiring the surrounding Alps. The view here is truly breathtaking.

It’s about 100 miles from Innsbruck to Munich, Germany. This is the last big festival stop, so gear up for gallons of beer and steel your liver. The time for Oktoberfest has arrived.

Once you’re no longer over the legal limit, drive 280 miles to Cologne and be glad they serve their beer in small glasses called stanges and not steins.

The fun’s not over yet – a couple more hours driving and you’re in Amsterdam, the Netherlands. Of course you’ll be spending your days here visiting the floating flower market and wandering the Van Gogh Museum. Ahem.

To Bruges! This beautiful Belgian town is just over 150 miles yonder. It’s fairytale pretty, and then there’s the small matter of the beer. It’s the perfect end to the perfect tour, and just over an hour from Calais.

TNT doesn’t want to sound like your mum, but there are a few things worth considering that will help you avoid trouble on the road. Here’s our check-list:

THE VAN: Buying is an option, and although there’s always the danger you’ll end up with a piece of crap, it will be your piece of crap, so you can do whatever you want with it. Still, renting a van will make the insurance part of the proceedings a hell of a lot of easier. There are various companies that specialise in rentals especially for Van Tour, such as Spaceships Rentals and Wicked Campers.

Insurance: This can be a pain in the ass, especially if you’re planning on motoring around in an old banger. A lot of companies won’t provide less than 12 months cover, either. However, there are outfits that provide insurance tailored to Van Tour purposes, such as ‘Walkabout Insurance’ with Herts.

Documents: Make sure you’ve got the right licences, insurance and visas. Medical insurance is recommended, considering the hijinks you’ll be getting up to.

Campsites: It’s worth researching where to stay. There’s nothing cool about turning up to a quiet, family-oriented campsite and pissing off everyone with your antics. Ask around to find party campsites and look into which sites are notoriously Van Tour-friendly.

Bingo! A Quick Guide to Get You in on the Fun