As in his impressive reimagining of Ibsen’s The Wild Duck (which the Belvoir brought over a couple of years back) Stone places the characters within the boxed confines of  floor to ceiling glass walls which, cleverly lit and with efficient and surprising set changes, serve to intensify the emotional drama being played out within. We first see Piper’s thirty-something blogger and journalist lightheartedly teasing her successful forty something partner John (Brendan Cowell) about his recent lack of sexual interest in her. They’ve just moved into their new house, everything looks rosy, and she’s beginning to think that it’s time to have a baby – an ordinary wish which grows into an all-consuming obsession over the years. 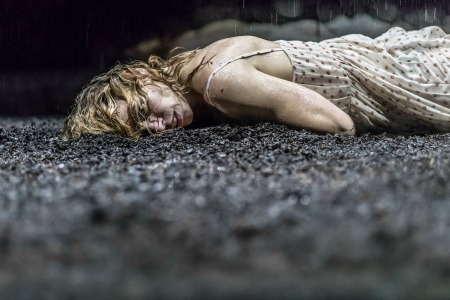 Overhead signs flash both the passage of time and captions for each scene as her sister (Charlotte Randle) conceives, her academic mother (Maureen Beattie) makes it clear that she has her own life to lead and John spends more and more time away on business. There’s convincing support, too, from Thalissa Teixeira as Her’s young assistant, encouraging her boss to reveal all in order to boost her following, and John MacMillan as a likeable boyfriend from long ago.

But the evening belongs to Piper who charts the course  from (almost) completely happy have-it-all, flirtatiously sipping champagne on her brand new cream carpet to utter despair and desolation as the one thing she finds she really wants proves impossible to attain.  Don’t miss.

Tips on visiting or relocating to Dubai

A time to shine: We catch up with the Kiwi Paralympians dreaming of London gold

Pig’s Ear Beer and Cider Festival, The Round Chapel, Hackney