Jamaican born Derrick Evans – aka Mr Motivator –  shot to fame as the face of fitness in the nineties with catchphrases such as “Be happy!”, “Get wicked!” and “Everybody say HUH!”  His regular GMTV slot saw Mr M squeeze himself into skin-tight Spandex and bust some moves before breakfast, in a bid to encourage the great British public to get fit. The upbeat fitness trainer – who was once homeless – is back with a new book. TNT’s Kaye Holland caught up with the irrepressible lycra legend

Good Morning Derrick! We hear you have an autobiography out – could you tell us a bit about that?
I do. It’s called The Warm Up because even though I am in my sixties, I am just warming up! Also The Warm Up is a fitness term which seemed apt. People have always said that I have a great story that should be shared and now just feels like the right time to tell it. It’s not your  typical celebrity autobiography – it’s the story of my life from a tough childhood [Derrick was born in Jamaica to a single Mum, given away at just three months and raised by his Popa and Auntie in the religious, strict confines of 1950s Jamaica suffering sexual abuse before relocating to Leicester) with reflections and advice. But I didn’t start with “I was born on…” The book begins in 2014 with the BBC’s show Tumble and the knee injury that forced me to withdraw. I think it’s important to surprise people and keep them on their toes

How did you get into fitness?
Well in 1983, I wandered into a leisure centre in Harrow – I lived in Harrow and Mill Hill for a long time – where something like 200 women were doing an exercise class. Everyone was smiling. having fun and moving and I thought: “I like this.” After a while I asked if I could cover some classes and this led to me teaching my own class in a church hall in Neasden. The classes became so popular, that I was approached by the British Heart Foundation who asked me to teach fitness around the country.

Did you ever expect something as big as GMTV to come out of Neasden church hall session?!
No! But I knew there was a gap in the market and that ITV needed someone like me on TV, so I kept going down to the ITV studios and insisting that they give me a chance. At first the advertisers didn’t want a black man, they wanted a white lady with two kids. But I persevered, and that was that. Greg Dyke, who was in charge at the time, said that Roland Rat had saved ITV in the 80s and that I added the oomph in the 90s. 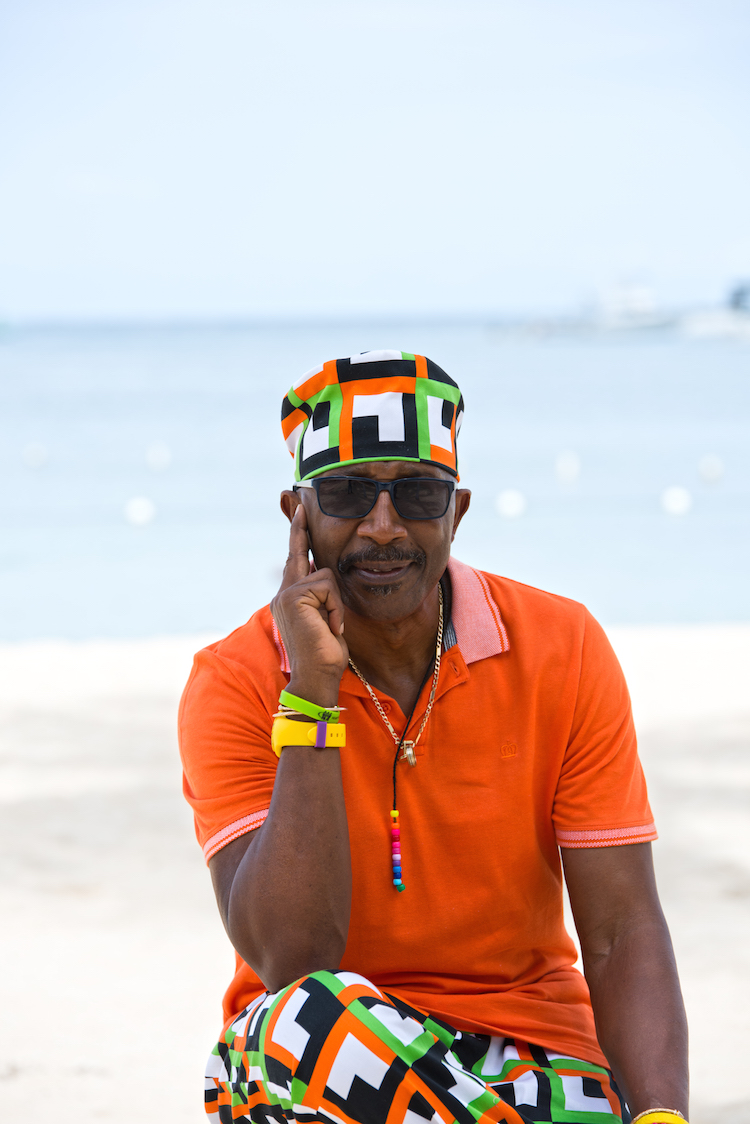 How did the name Mr M come about?
That’s all down to Richard (Madeley) and judy (Finnigan). We were about on the streets and in shopping centres around Britain, just having a great time. I created quite a stir, wearing my stretch Lycra and a bum bag, and with my music blaring, people crowded around. Judy shouted out that I was a Motivator. I added the Mr and it went from there…

What was with the lycra?
I knew that I needed to create a character – someone that people could identify with. I realised that if I went on television in a white T-shirt and a pair of black shorts, I’d go the same way as the Green Goddess and every other fitness instructor before me.That’s where the bright gear came in – it was to impact on people, so they’d remember me. I didn’t matter to me if people were laughing at me in my lycra and bum bag, so long as I made them smile – that’s what it’s all about.

Do you still work out on a daily basis?
Yes every day. I probably train harder now than when I was younger. As you get older you have to make sure your muscles stay tight — and it’s also important that you keep your heart and lungs in check. It’s so important that we make exercise a habit. When people ask me if I have days when I don’t want to exercise, I ask them: “Do you have days when you don’t want to brush your teeth?”. If I went out and forgot to brush my teeth, I wouldn’t feel same, I’d have to go and buy a toothbrush or some chewing gum. And until I brush my teeth, I don’t feel right. It’s the same with exercise if you get into that zone and make it second nature. 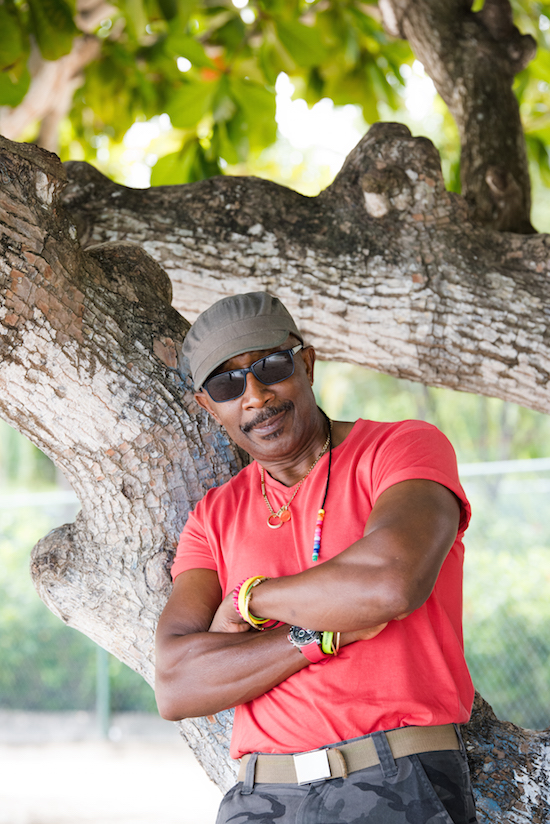 Do you ever switch off?
No – health and wellness is my love and I’m still Mr Motivator when the cameras stop rolling. So long as you are enjoying yourself, I don’t think you need to switch off. And the letters I received from people gelling me how I have touched or changed their life and inspired them to get moving, makes it all worthwhile.

What has been the proudest moment in your career?
I think it’s probably a DVD called Move It For MS which I made for people with multiple sclerosis (MS). Regular exercise can give those with MS more energy and strength and reduce unpleasant symptoms and, together with the MS Trust, I produced the first exercise DVD specifically for people with MS. It was definitely one of the most rewarding experiences of my career. And of course I am proud of the all my fitness videos [Mr. Motivator’s 10 Minute BLTs, Mr. Motivator’s 10 Minute Workouts, Bums Legs & Tums] and the fact that I still holds the record for most fitness DVD sales in the UK ever.

What is your guiltiest pleasure?
Chocolate crisps. Have you tried them? They’re great. Every so often I indulge. Mostly I eat mainly vegetables and some fish, but I always say you must not deprive yourself of things you like. A little bit of what you fancy does you no harm.

On top of your media, motivational and fitness work, you own H’Evans Scent, an ecotourism resort, and PaintSplat, Jamaica’s first paintball operation – tell us a little about these?
Sure. I started up a tourism business called H’Evans Scent (my real name with an H in front) which offers activities such as zip lining and paint balling in the hills of St Anns, Jamaica. I moved back to Jamaica in 2000 with my wife Sandra and our youngest daughter and now travel back and forth between London and Jamaica. I’ve had some journeys…

You’ve been based back in Jamaica for almost 14 years now. What do you miss most about Blighty?
You know, I think it’s TV. I’d like to be back on TV brightening people’s day. I ‘m hopeful it will happen. Britain needs to make exercise fun again.

What’s the motto you live by?
The price of success is perseverance – which is the tagline of my autobiography, The Warm Up. You’ve got to keep on trying. Who would have thought that a homeless bum like me would be where I am today? The world doesn’t applaud you — you’ve got to applaud yourself.

Mr Motivator’s autobiography, The Warm Up (Filament Publishing), is out on 1 February 2016. TNT readers can meet the always upbeat Mr M in Waterstones book store in London’s Tottenham Court Road on Tuesday 2 February at 5pm where he will be signing copies of his new book.

Bender in the Grass

Excess baggage? Not on Jetstar