Top 5 cocktail cities: Drink in the city where your favourite cocktail comes from

How about a few drops of bitters, a twist of orange peel, a splash of syrup and a lot of bourbon then? OK, two bottles of blue WKD with a shot of port it is. Your tipple of choice certainly says a lot about you – well, at least what you like drinking.

More than that, cocktails can say where you are and often a lot about the cities and eras they were invented in, be that the decadently colonial, flamboyantly Eighties or sophisticated and expensive (no, we don’t mean the Cheeky Vimto there, Geordies). 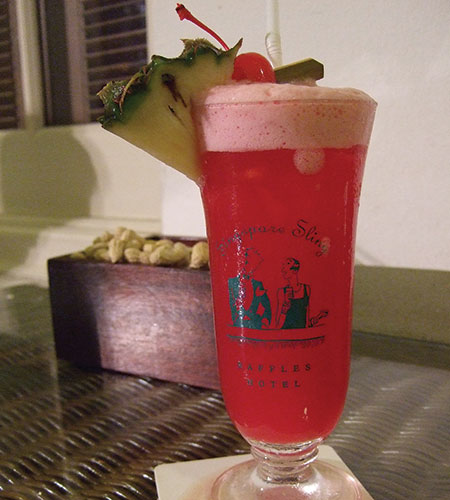 Take the Singapore Sling, invented in 1915 by a chap called Ngiam Tong Boon, at the legendary Long Bar in the Raffles Hotel, Singapore. This was a favourite drinking hole for expats and travellers, and some of the planet’s most notorious booze hounds, including Ernest Hemingway and Noel Coward, used to come here to escape the city’s searing heat.

It was a lavish, colonial hideout, and one English writer of the time, William Somerset Maugham, once described the Raffles Hotel as the symbol for “all the fables of the Exotic East”. Which might go some way towards explaining the truly OTT tipple that is the Singapore Sling.

Recipes vary but the drink is a sticky pink mix of gin, cherry brandy, pineapple juice, lime juice, Cointreau, Dom Benedictine, Grenadine and Angostura bitters, served with a frothy top and decorated with pineapple and cherries. In other words, it sounds like something a precocious 10-year-old might develop a taste for.

Nowadays, the bar has moved location from the lobby to the second floor, and you’ll find tourists rather than literary luminaries knocking back the hotel’s signature drink – they’re said to sells upwards of 1000 of these a day.

Like what you taste? There’s even a pre-mix available for purchase in the gift shop so that you can take a taste of the classic cocktail home with you. 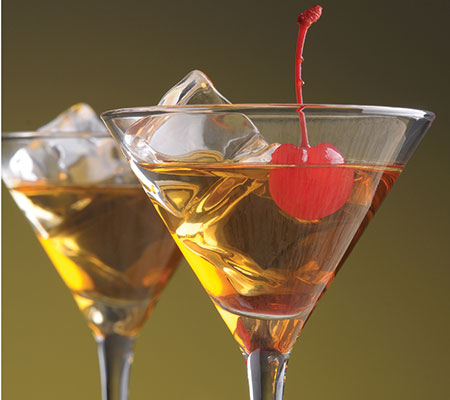 Although some versions of the drink have existed since the 1800s, the story goes that the classic potion was invented in 1874 at the Manhattan Club in New York City.

According to popular lore, the whiskey, vermouth and Angostura bitters combo was first whipped up for a party for Lady Randolph Churchill (Winston’s mum). Try one today at the speakeasy-themed Death + Company. That’s in Manhattan, naturally. 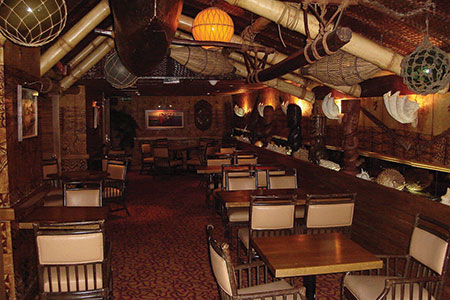 Bring me another Mai Tai! Must be from Hawaii, no? Wrong. Turns out that everyone’s fave tropical cocktail is actually from Oakland, California.

Invented during the height of the tiki-bar craze in the Forties, Victor “Trader Vic” Bergeron is one (of many) who has taken credit, selling the potent rum and juice mix at his restaurant first called Hinky Drinks. Now, as if you didn’t already know, you can get it in what are now Trader Vic’s across the world. 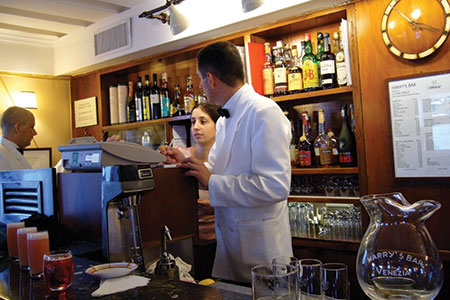 The terrifyingly easy-to-drink Bellini first came into existence in Harry’s Bar, Venice, and was created by its founder, Giuseppe Cipriani, some time between 1934 and 1948.A mixture of sparkling wine and peach puree gives the cocktail its pastel colour, which reminded Cipriani of a toga on a 15th-century painting by Venetian artist, Giovanni Bellini – hence the name. How very civilised … much like the drink, which you can still try at the original bar. 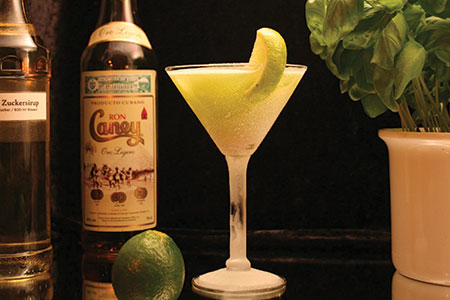 Cubans get all the good drinks don’t they? Cuba Libres, mojitos and, in Santiago especially, the daiquiri. Made with lime juice, sugar cane and rum, the drink was named in 1905 when an American mining engineer named Jennings Cox ran out of gin while entertaining friends.

He was living in the town of Daiquiri, near Santiago, and improvised. We doubt there’s a bar in Santiago that doesn’t serve these, but try the noisy, busy Santo Remedio bar for a cool one.

Nato weighs up Libya options ahead of UN vote