Residents of Manila in the Philippines face flooding throughout the city today as a typhoon sent enormous waves over the sea walls.

Neighbourhoods were submerged and at least seven people have been killed, with power supplies cut, financial markets and schools have been closed and large portions of crops are damaged. 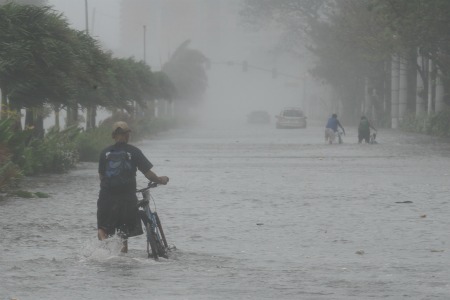 125 mph winds and heavy rain hit Luzon, the main island of the Philippines. Water is reported to be between waist and neck deep in some areas.

“It’s flooded everywhere. We don’t have a place to go for shelter. Even my motorcycle got filled with water,” motorist Ray Gonzales told The Associated Press. 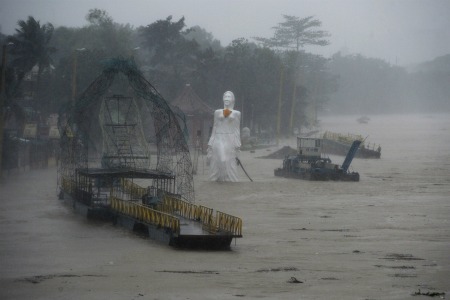 Large sections of the city, populations 13 million, are without power.

"We cannot give any estimate of damage at the moment because the typhoon is still battering many provinces," Benito Ramos, head of the national disaster agency, told Reuters.

Bring your dog to work day