Thanks to the wonders of the internet, people around the world can meet and exchange stomach-churning foods – and we can all watch the results.

The tattooed Texans from the small town of Andrews, near the border of New Mexico, were sent the can of pungent rotten fermented fish by an internet friend from Finland. 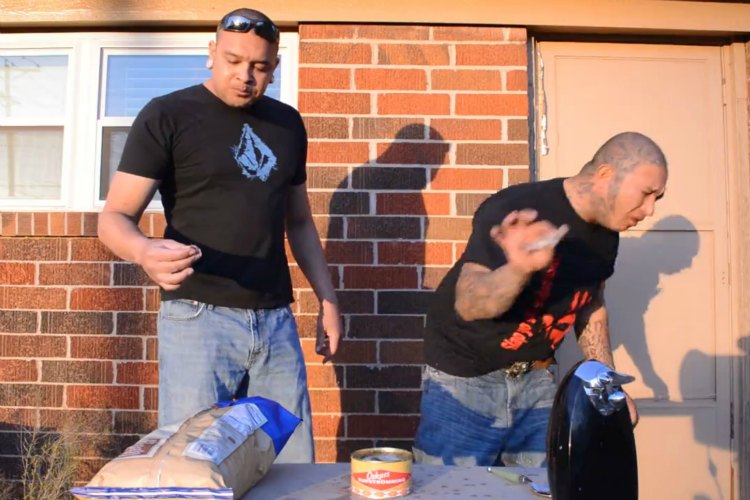 The rotting herring produces a unique flavour from the bacteria in the fermentation process – a freshly-opened can is recognised to be one of the most putrid smells in the world.

Most major airlines will not allow Surströmming on flights from Sweden, due to the potential explosive nature of the putrid gassy cans.

See the hilarious results of the food test in the video below.

YouTube stars Wreckless Eating also gave the delicacy a try. It’s fair to say it didn’t go down too well.