Weird and exotic food in London

It’s pretty boring just eating the same meal at your local favourite week after week. Step outside your comfort zone and try something different for a change – London is, literally, crawling with options. Remember, new experiences lead to new neural pathways and, at worst, you’ll have a few stories to regale friends with… over your usual meal at your local favourite.

The mopani worm, from Southern Africa, is an important source of protein for millions of indigenous people.

However, in Botswana, people tend not to eat the head. I did. With a scent like a wet dog, the mopani worm really needs some dipping sauce rather than crunched dry, three at a time.

It’s supposed to have a taste reminiscent of tea leaves but, really, who eats tea leaves? It’s salty but next time I’ll be preparing them like the Africans do: soaked to rehydrate, before being fried with onion, tomatoes and spices. 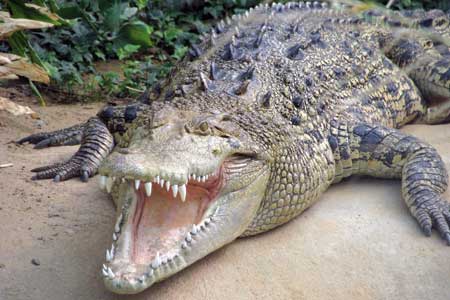 Whether it’s providing leather, the culling of idiot humans or an exotic meal, crocodiles just keep on giving.

It would be too easy to say that this reptile tastes like chicken – there’s an obvious fishy, crabby taste to it as well. It’s really melt-in-your-mouth tender – far from the tough old boot I was expecting. My initial trepidation about this dish melts and I’m back in for seconds before any one can say "in a while, crocodile".

I’d suggest marinating it in Thai sauce before panfrying and then dipping in plum sauce.

With 21 grams of protein per 100 grams and only two grams of fat, it’s pretty healthy too.

There’s nothing quite as satisfying as eating something that in another situation would probably try to kill you.

Scorpions imported into the UK have their venom extracted due to health and safety regulations but their sting is allowed to remain intact. However, should it pierce your oesophagus, you could be in a bit of strife. In some cultures, to be considered a man you have to eat the sting – so I eat two, hoping no one notices me sweating as I swallow the sharp tail.

It’s crunchy, slightly bitter, with nutty undertones. Not much nutritional value here, but you can dine out on the story for a while.

No, not a misspelling of ‘gun’. The gnu is a wildebeest  – you’ve probably had it as biltong. But cook it properly and this initially tough meat will emerge tender.

My teeth carve through the strips as if I was a lunching lion in the wild.

Try it stewed for three hours and served as a stroganoff; this makes the gnu very flavoursome, almost sweet, and a filling meal when eaten atop coconut rice.

As usual, the female of the species is more tender than the male. Hard to get find a nutritional value for gnu, but when it tastes this good, it can’t be bad for you. 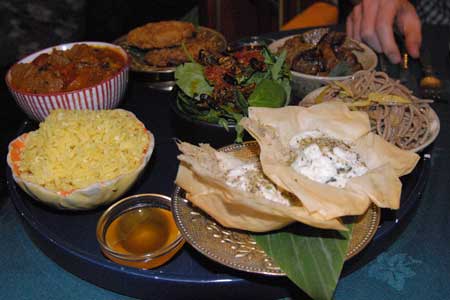 Skippy the Bush Kangaroo may have been cute to start with but, man, he became annoying the longer the show went on.

Have your revenge by eating his family whenever you can. I expect kangaroo to be dry, rough and devoid of taste (much like many of the Aussies I know) but how wrong I am.

It’s a rich, lean, gamey product and although it needs to be piled with spices to make it worthwhile, it’s healthy. If the kangaroo meat marketers are to believed, full of high-quality protein, a low fat content and containing CLA (which has antioxidant properties and may help reduce body fat in humans).

When authorities aren’t trying to ban it, supplies of Baby Goo Goo sell out fast whenever they arrive at Covent Garden’s The Icecreamists. 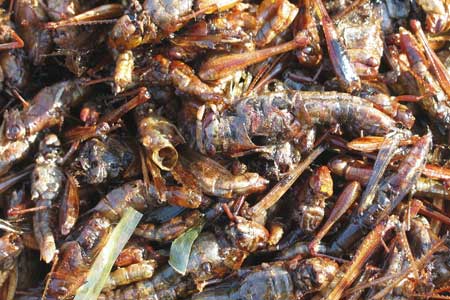 You may not like the sound of it, but Insects could play an increasing part in our meals in future.

Already a large part of some African and Asian diets, the creepy-crawly idea is yet to catch on in Western dishes. However, if global warming continues to be consideration insects may become more readily accepted.

And there’s money to be made. The mopani worm (see main story) industry is worth £53m to Southern Africa, and, in the Netherlands, insect rearing companies are already in business, breeding beetles, crickets and locusts.

For the record, crickets have a sharp taste and are excellent with chilli, and locusts are fairly tasteless, but when spiced are a crunchy treat on top of a salad.