What a great Gai: Waterhouse’s dream comes true as she finally holds the Melbourne Cup

The victory at Flemington in front of 104,000 people was a third for Oliver, but remarkably the first for Australia’s first lady of racing.

“Didn’t he ride him a treat?,” Waterhouse exclaimed after the race.  “It was quite a solidly run race, and then he just kept trekking up and trekking up, oh it was just fantastic. It was a dream come true.”

Fiorente was the only Australian-trained horse in the first five finishers, although he’s been brought over from England, just like second through fifth. 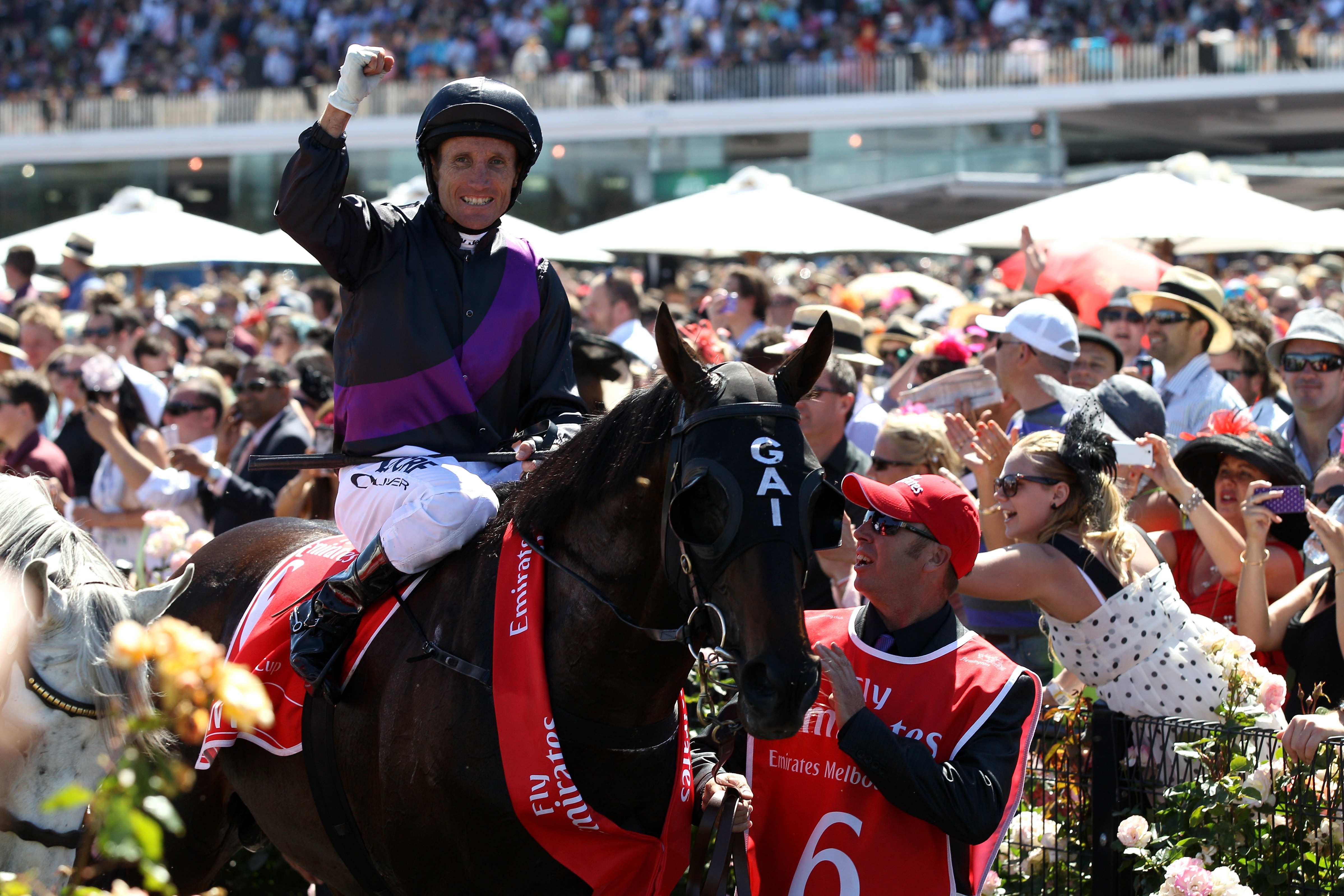 The statistic remains that no British-trained horse has won the ‘race that stops the nation’ in its 153 runnings.

Not one to look back, Waterhouse said after the race, “Now I have to do it again, don’t I?”.

Unfortunately the race wasn’t without tragedy, as the French raider Verema pulled up during the run and had to be put down.

The Aga Khan-owned horse suffered a fracture to the cannon bone in the lower leg.

As Waterhouse was being congratulated about her win, she learned of Verema’s fate.

“How’s the boy who looked after her?” she said.

“It’s always awful for them.”

Jonathon Fleurtot is who she was talking about, the strapper who travelled from France with the horse and was crying uncontrollably at the news.

Jockey Christophe Lemaire, the rider of Melbourne Cup winner Dunaden in 2011, spoke on behalf of the connections.

“When you live with these horses you become very close to them. You love them.”