Where you should be spending New Year’s Eve this year

Dublin
In classic Irish style, New Year’s Eve in this fair city has been transformed from a one night event into a three day affair, just for the craic of it. A festival of live music, comedy shows and unique events means you won’t be short on entertainment. The streets of the city come to life as venues ranging from cafes to art galleries to Dublin Castle become pop-up venues for art trails, shows, parades and a festival of food village. Dublin also hosts a Countdown Concert headlined this year by Kodaline. For those who might be in Dublin alone, fear not, as it’s the perfect city to make new friends.
The New Year’s hangover cure: After you’ve had your hair of the dog Guinness, why not take part in the New Year’s Day fun run! Doesn’t that sounds great?!

Rome
The “Eternal city” comes into its own for New Year’s Eve so if you’re planning a trip to Italy to bring in the New Year, Rome is the place to be. The Gianicolo (Janiculum Hill) boasts the best fireworks display in the Italian capital and from the hill next to St. Peter’s Basilica you will not only have the best view of the show, but the whole of Rome’s landscape to boot. For music lovers Rome also steps up to the plate, head to the Circus Maximum where you’ll find a free concert with some of the most famous rappers, DJs and singers from Italy. If it’s electro music you’re into, don’t miss the ‘Amore Festival’ with DJs like Richie Hawtin and Ricardo Villalobos.
The New Year’s Day hangover cure: Italians drink a lot of Spumante (Italian sparkling wine) so find yourself some focaccia, mortadella (Italian cold cut) and Sicilian orange juice to knock that hangover on the head.

Bangkok
Veering away from Europe, Bangkok is proving a New Year’s Eve hotspot for backpackers and it’s not hard to see why. Here they celebrate the end of the Lunar year. Each district in Bangkok will have its own distinctive attractions that range from internationally recognised DJ’s found in ultra-chic nightclubs to roof top dinners, so wherever you’re staying in the city you won’t be far from the party. Bangkok’s Central World Square is where you’ll be amongst hundreds of thousands of revellers bringing in the New Year to live music performances, light shows and a massive fireworks display.
The New Year’s Day hangover cure: Bangkok is known as ‘The Venice of the East’, so book a seat on a rice barge and explore the city by boat whilst feeding the jumping fish.

Budapest
Budapest is the home of the three day celebration so if you’re planning on going all out for New Year’s Eve this is the city for you. Starting on 30th December on Vörösmarty Square and finishing on New Year’s Day you’ll enjoy live bands from varying countries and of course a fireworks display at midnight.  The temperature in the city will drop as the night progresses so be sure to wrap up warm. Once you can’t take the cold anymore wonder over to the Andrassy Avenue at legendary Central Liszt Ferenc Square which is known for its café scene and a wide variety of bars to round off the night in style.
The New Year’s Day hangover cure: Head to Pozsonyi Street to find Briós, one of the most popular breakfast spots in that area, to eat your hangover away. 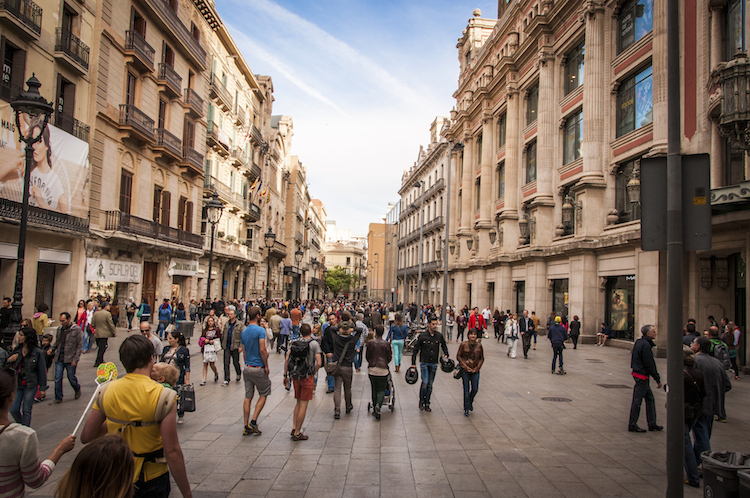 Barcelona
Barcelona’s official New Year’s celebration takes place at the Font Mágica de Montjuic near Plaza de España. Do as the locals do and go armed with 12 grapes, one for each stroke of midnight, symbolising 12 lucky months ahead. Once midnight strikes fireworks are let off and churros dipped in chocolate are feasted on, making Barcelona perfect for foodies. If you fancy celebrating in Barcelona, or anywhere else in Spain, be sure to get plenty of rest the night before as you’ll be dancing the night away until 10am the next day.
The New Year’s Day hangover cure: More churros dipped in chocolate, obviously.

Prague
Prague is one of the party capitals of Europe and it certainly lives up to its reputation on New Year’s Eve. The jaw-dropping fireworks are best enjoyed from two vantage points, either on a river cruise or from one of the main squares. The squares are definitely for the more adventurous; as the atmosphere builds, larger crowds gather and the closer it gets to midnight the more hair raising it gets. Czecs love fireworks so it’s not uncommon for them to be set off by people in the crowd directly from their hand! We’re assured its safe… mainly.
The New Year’s Day hangover cure: Drink a Pilzner as soon as you wake up!

Paris
For a less conventional way of bringing the New Year in in Paris boycott the celebrations on the Champs-Elysées and head down to Montmartre. Immerse yourself in the street party that will have significantly less crowds than the Champs-Elysees, but far more character. If it’s raucousness you’re looking for, though, you’ll be spoilt for choice when picking a bar, cabaret or club to continue your celebrations into the night.
The New Year’s Day hangover cure: There’s nothing quite like sport to clear a hangover so live like a local and set up a game of boules at one of the many courts located around the city.

Amsterdam
Stealing third is Amsterdam, a city that attracts people from all over the globe making the opportunity to meet new and exciting people rife. Being a compact city made up of easy to navigate streets, impromptu street parties are prevalent so you’re never far away from the revelry or the next party.  This year the cities official celebrations are taking place at the Oosterdok with the Scheepvaart Museum, the Amsterdam and the VOC ship forming the backdrop for the magnificent fireworks display.
The New Year’s Day hangover cure: Rent a bike and cycle along the canals to see the city in a different light, or just in the light as the case may be.

Berlin
Bringing up the rear is of course Berlin! If you’re looking for a festival like atmosphere for your New Year’s Eve then look no further than Berlin and the open-air celebrations at the Brandenburg Gate. With a two kilometre strip filled with stages, party tents, light & laser shows as well as food & drink stands you’ll be hard pushed not to find something for you. The spectacular fireworks display starts at midnight on the dot, lighting up the sky above the gates themselves.
The New Year’s Day hangover cure: Head to the manmade salt grotto in central Berlin’s Oranienburgerstrasse, the Saltero salt spa. Cuddle up in a blanket for a 30 minute cat nap and afterwards you’ll be ready to take on all Berlin has to throw at you. 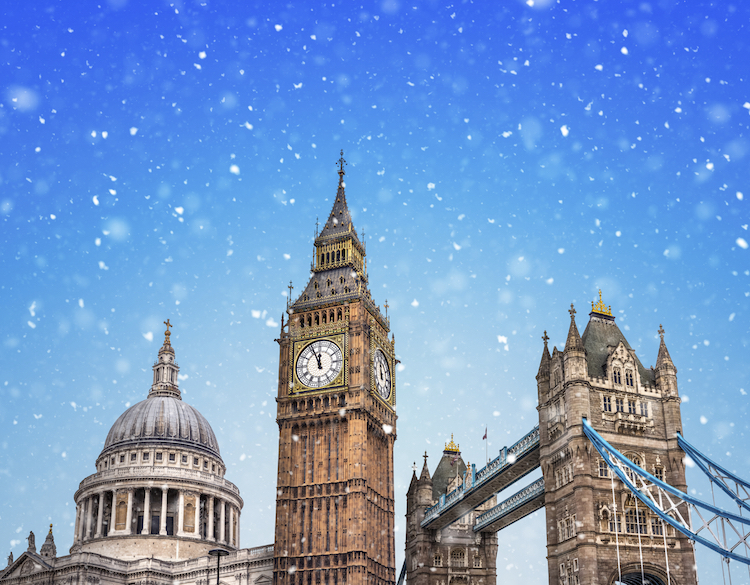 London
And gold goes to none other than England’s capital city. The atmosphere in London on New Year’s Eve is electric as visitors and locals alike gather on the banks of the River Thames, armed with ‘tinnies’ and bottles of bubbly in anticipation of the fireworks display and Big Ben chiming in the New Year. It’s the one time of year in London where everyone is your friend and the excitement is palpable. If you’re not ready to call it a night when the clock strikes midnight, London is home to some of the best themed New Year’s Eve parties. So take advantage of the free, 24 hour tube and see all that London has to offer on this momentous night.
London’s New Year’s Day hangover cure: Book a speedboat ride with ThamesJet to literally blow the cobwebs away!

Bargain breaks and cheap holiday deals: At the TNT Travel Show, snag up to 50 per cent off your next getaway