Wayne Rooney put England ahead after just six minutes with a powerful header from a Steven Gerrard corner.

England looked well in control of the game up until halftime and were unlucky not to go in two up after Danny Welbeck was given a yellow card when brought down in the area instead of the penalty he deserved.

Montenegro coach Branko Brnović changed the game at halftime with tactical tinkering which brought their forwards into the game. As much as England dominated the first half Montenegro dominated the second.

England were lucky not to be behind when, on 77 minutes, Dejan Damjanovic struck to draw the group leaders level.

It was a vocerifous City Stadium that greeted England who initially appeared undaunted, taking the game by the scruff of the neck.

Wayne Rooney went close for the visitors after just two minutes looping a divine lob over the stranded keeper Mladen Bozovic only for it to rebound off the post.

The United striker looked keen from the outset and got his reward after six minutes: shirking his marker Rooney met a perfectly flighted Gerrard corner to nod England ahead. 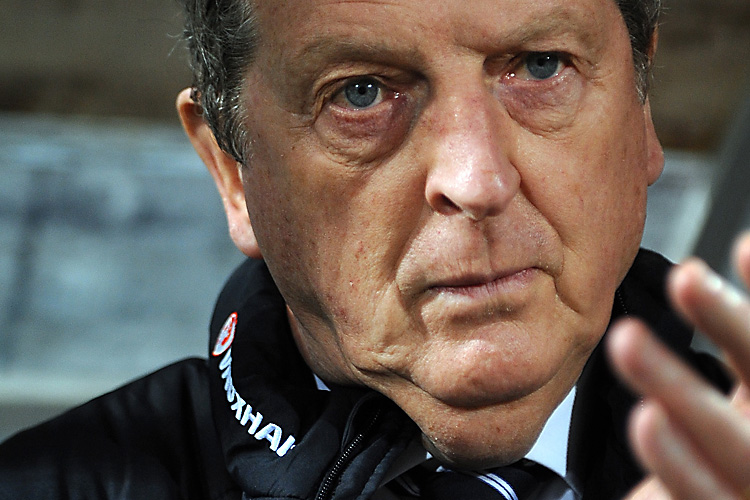 England manager Roy Hogdson was out-thought in the second half

A rasping shot from Glen Johnson skimmed the top of the crossbar soon after, and it looked as if England would only add to their lead.

As halftime approached Welbeck was clearly fouled by former Manchester City centre half Stefan Savic as he beared down on the goal and was mistakenly booked for diving by Swedish referee Jonas Eriksson.

Montengro’s comeback was impressive and highlighted a lack of experience in England’s core. England were crying out for a calming influence at centre half and in midfield. One that didn’t come.

England fans will worry that Hodgson’s team have followed up every win in this qualifying campaign with a draw.

The one ray of hope is that England have home games against Montenegro and Poland to come.