Englishmen Luke (below), 26, Sam, 24, and identical twins Tom and George, 21, are all massive, quick and skillfull battering rams who are certain to terrorise the Wests Tigers’ forward pack. 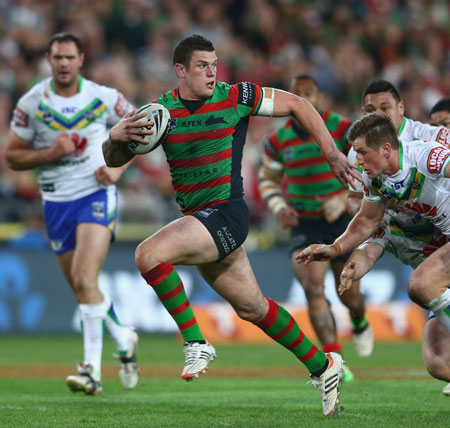 “To have the four Burgess boys all together means it’s a massive day for the club,” Rabbitohs coach Michael Maguire said. “They’re an integral part of what we’re doing, along with everyone else.”

An injury to Luke and suspension to Sam (below), the most decorated in the family and first to join the Rabbitohs in 2010, has meant the brothers who all came together at the start of the season haven’t yet played on the same day. 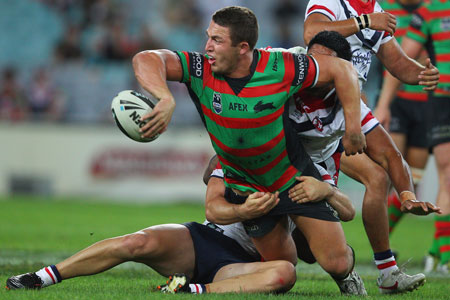 The lads’ mum Julie, who played rugby league herself, moved to Sydney in December last year and teaches at a private school – she’ll proudly be on the sideline on this week.

The Burgess family’s arrival has coincided with the Rabbitohs’ best chance at a Premiership since 1971 – they’re equal top of the table approaching the finals behind only Sydney Roosters on points difference.

Luke says the brothers have always wanted to play together.

“We have always been a close family,” Luke said.

“My dad (Mark, who died in 2007 aged 45 of motor neurone disease) brought us up to be really close, and we always looked after each other.”

Atlantis the city of Titans 2016 go on sale

Cocktails in Clapham to save lives

Taking some time out