Best of the Udderbelly: Top comedians and comedy shows to see at this year’s festival at South Bank

“The problem is, it’s not always super-funny to everyone,” he laughs.Law is just one of a gaggle of verge-of-superstardom comedians who’ll be laughing it up in London when the Udderbelly festival launches on Friday.

Fest co-director Ed Bartlam tells TNT the beauty of Udderbelly is that low ticket prices (they average around £14) encourage people to take a punt on acts they haven’t seen before, and also make it possible for folks to come along to more than one show over the cow’s April to July residency.

So while there are plenty of big names lined up to enter the udders – The Boy With Tape On His Face will be appearing for a three-week run, and Father Ted’s Ardal O’ Hanlon takes the stage for two nights – you can also check out a raft of new talent. 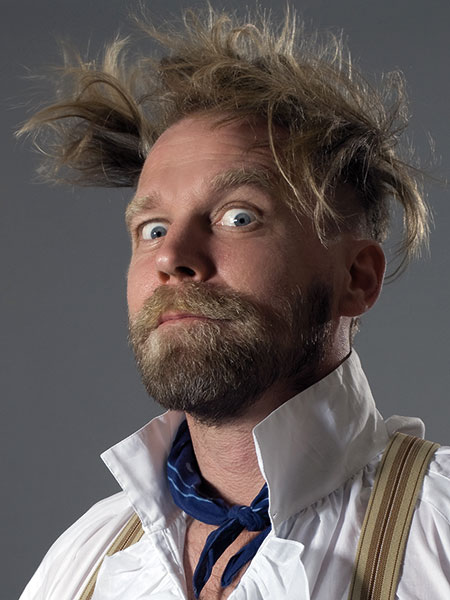 Calling Law a “new talent” wouldn’t be quite accurate, however, as he’s been in the business for more than a decade. But his left-field comedy – which often includes having to explain his jokes to a nonplussed crowd – has generated huge buzz more recently, and many predict his Maximum Nonsense show at Udderbelly will really see him take off.

“It is a hard sell,” Law admits of his act, which over the years has seen him dabble with costumes including English-explorer-meets-peasant-farmer and an 18th-century Olympian crossed with a Viking.

And yet despite this unapologetic oddity – Law also yells his ‘jokes’ at the audience – there’s a real sweetness about the bushy-bearded Canadian.

“There’ll be lots of shouting and movement and bollocks and madness,” he promises, “[but] hopefully with a lovely heart underneath it all.” 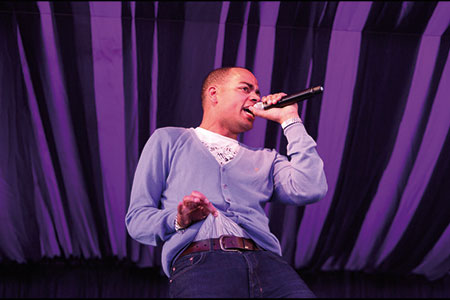 He turned a failed bid for rap superstardom (Smith was in a band with Mark Ronson, but got dropped just before the superproducer hit the big time) into a much-lauded comedy show, Unfamous, which also went down a storm at the Melbourne International Festival in 2011.

What’s different about Smith’s act is that he raps his routines, riffing on everything from hip hop culture to how to make a proper cup of tea. He admits that Unfamous was cathartic  – “[stand-up] is a way of getting stuff off your chest” – but says his new show is “10 times better”, adding the key to his success is proving rap can be clever.

“I’m taking the piss [out of hip hop culture], but don’t take the piss out of how I rap,” Smith warns us. “I don’t think there’s many rappers who can touch me.”

The buck doesn’t stop with these two dudes, though. Check out more top picks over the page. 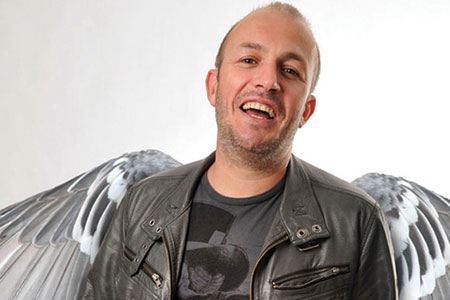 Brendon Burns: Hasn’t Heard of You Either

Aussie loudmouth turned philosopher – and TNT fave – Burns (pictured above) was diagnosed with partial hearing and so turns his acerbic wit on disability, its portrayal and our misjudged hang-ups about it all. He’ll also look at why he is still, to some ill-informed folks, a “painfully anonymous figure on the UK comedy scene”. Not for much longer.

Winslow was Sergeant Motor Mouth Jones in the Police Academy movies, stunning the shit out of crime – and Steve Guttenberg – with the 10,000 sounds he could conjure using just his voice. An Udderbelly and Ed Fringe regular, if you haven’t seen him yet, you should have!

The Soho Theatre award-winning musical comedian and actress pops in for a single night of gags and songs. 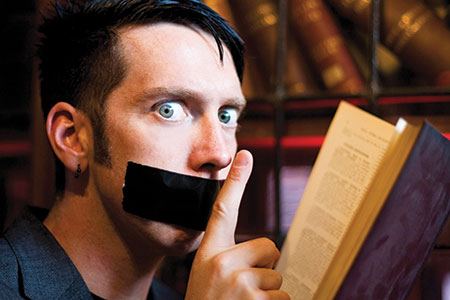 The Boy With Tape On His Face: More Tape

After his ace Xmas run in the West End, New Zealand’s favourite son and the finest man ever to take to the stage to perform with gaffer tape over his gob brings his utterly unmissable More Tape show to the South Bank. The Boy, aka Sam Wills, is an audience-involving superstar and his show is hilarious – but be warned, you may wind up on stage!

Here he looks at his favourite scientists Charles Darwin (who killed god, essentially) and Richard Feynman (who “dabbled” – our word not his – in quantum mechanics that may or may not have helped Dr Sam Beckett time-travel within his own lifespan).

So you’ll learn about the world and how it works, such as: why heavy metal music will make pigs deaf, spaghetti will snap into four and bald dogs have bad breath. And you’ll realise the stuff they taught in school was actually pretty interesting after all. No, really!

What exactly does it mean to be offended? Too many people claim to be this on a daily basis. There are those that say San Francisco-based American Capurro’s comedy is abrasive, an assault, and purely provocative. It is all of these but you’ll only find it ‘offensive’ if you’re a half-witted fucktard. 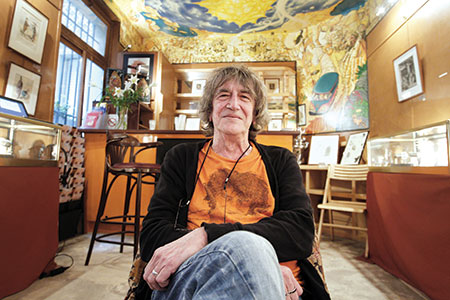 Howard Marks (above), aka Mr Nice, was once described by The Daily Mail as “the most sophisticated drugs baron of all time”. While dealing with the IRA and dodging MI6 (most of the time), the former prep school boy was once the most prominent importer of cannabis to the UK, had houses across the world, and a glamorous jet set lifestyle. Then he got caught.

It was his power to be mates with anyone that enabled him to be as successful as he was and, as anyone who’s read his best-selling memoir knows, hearing him wax lyrical about his life and adventures is eye-opening.

One of the loudest stand-ups out there, Helm, the self proclaimed “human car crash of light entertainment” is a one-man barrage of nut-kicking gags and hilarity.

When this young London stand-up started out, he looked a little like a Seventies Californian coke dealer – YouTube his performance on Russell Howard’s Good News.

He’s since worked the comedy scene across the land, popped up all over TV, got a regular nonsense-talking podcast with mate Chris Martin (not that one) and found himself a hipster haircut. Ace comedy and a total star in the making. 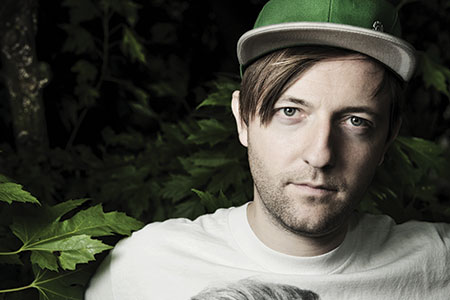 One of our faves here at TNT Towers, we’re lamenting the fact that cheeky chappy Maxwell (above) and his sharply observed take on the world is only on for one night (we’re sure he has his reasons, so we’ll let him off). Makes this one of the festival’s highlights, though. Must get in there early to avoid missing out.

Hip-hop comedy improv – not a usual recipe for success, but Irishman Rob Broderick has made it exactly that.

He’s toured relentlessly – recently hitting the road with Ed Sheeran where he wowed across two nights at Brixton Academy – and played to no fewer than 10,000 St Paddy’s Day party-goers at Trafalgar Square. In short, the man has generally been rocking the house each and every night that he plays.

He also won the Best Newcomer gong at last year’s Adelaide Fringe. Not as if you needed any more convincing, but he also does requests! So go along and find out what all the fuss is about. 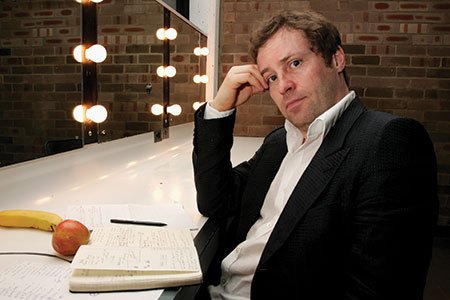 To most people he is either the dim-witted priest Dougal from the forever classic Father Ted or the lead superhero with issues George Sunday in the ahead-of-its-time My Hero.

He is also a totally ace stand-up, if one it’s hard to find on stage, which makes this pair of London shows unmissable. The topic for this show? ‘Life Itself’. So expect his observational skills to roam far and wide.

Stephen K Amos: Is The Spokesman

The London funnyman has just completed a sell-out tour of Australia and New Zealand and returns to his hometown for his first show in the capital for more than two years. He’s a master performer, his wry observational humour pin-point sharp. And this is his only show of the year in London, too, so don’t miss.

The Pub Landlord is a divisive figure in the comedy world – a character creation espousing ‘British empire’ pub philosophies, his satire is shrewd and sharp, but do the laughs come from the people it satirises or the gags themselves?

Despite this debate (we sit on the former), he’s always hilarious, and his new saloon comes into town for three nights only here on the South Bank.

So get the beers in (or glass of white wine for the lady) and enjoy not just Murray and his views on the French (you can guess), but also his host of special guest variety acts that will be joining him on the stage, drawn from the worlds of comedy, cabaret and music. 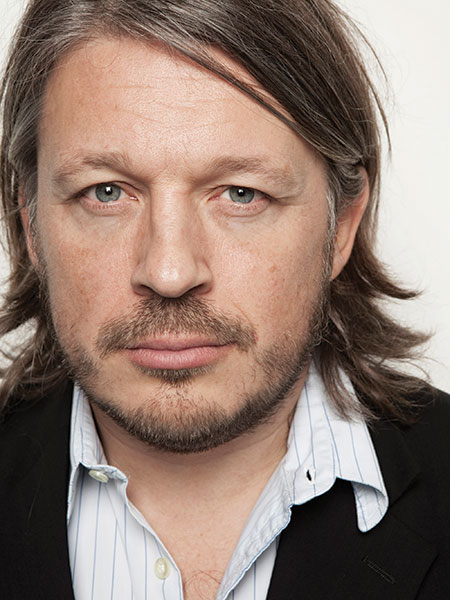 Herring (above) has been out on the road with his retooled Talking Cock show, a male riposte to The Vagina Monolgues. But here, he’s working on a new show, so you’ll be the first to see his new material.

Variously touted as one of the UK’s most prolific comedians,a podcast legend (download Richard Herring’s Leicester Square Theatre Podcast and try it on for size on the way to work, you’ll see) and was once even proclaimed the ‘King of Edinburgh’ for his standout stand-up at the Fringe. One of the finest. 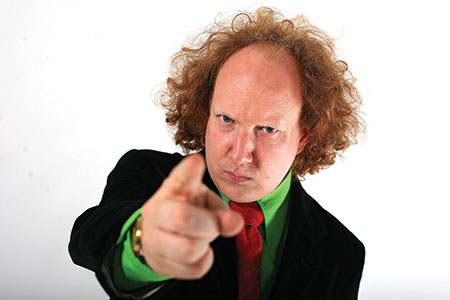 This monthly show at the big upturned purple cow is led by the crazy-haired Zaltzman as he, and usually some accomplices, look through the hyprocrisy and downright unbalanced world that we live in.

It’s putting the world to rights, with laughs, intelligence and integrity, and will quite probably make you want to get up out of your chair and affect some change.

Orphans’ Christmas: With family on the other side of the world, there’s no reason why your Xmas can’t still be a cracker

Police taser pensioner, who is rushed to hospital