The eighth annual Camden Fringe from July 29 to August 25 has more than 180 productions across 17 venues, taking in comedy, dance, theatre and music – sometimes within the one show.

At the fest Rosie Wilby will unveil her new production, Is Monogamy Dead?, in which she peels back her bedclothes to look at what really goes on in our relationships. 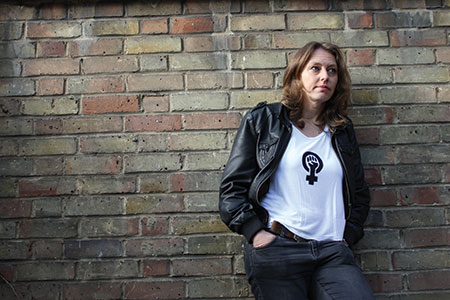 One love: Wilby is among 180 act performing

“There was a whole swathe of break ups among [my] friends, some triggered by infidelity, some by a desire for more freedom, and there were lots of new books which appeared to be rewriting the rules I’d had instilled in me [about relationships],” Wilby says of the inspiration behind her new act.

“Some were advocating open relationships and polygamy, some affairs, and some were saying changing your partner every two to three years may lead to greater happiness than a life-long commitment – it was a bit of a mind bender!”

Her show looks at how relationships play out in the 21st century, how we view right and wrong differently and, more importantly, the realities of how we really behave. Clue: right and wrong is rarely reflected in people’s actual behaviour. 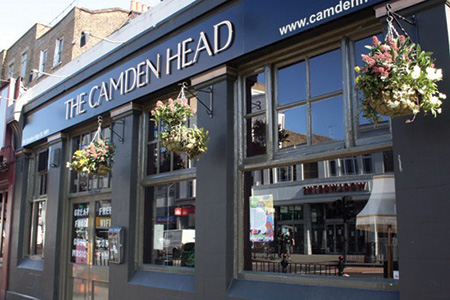 Carrying out an anonymous online survey about cheating, Wilby’s findings are surprising, too. “Most couples had not even discussed their respective boundaries,” she says, adding that none of us seem to agree on what constitutes infidelity. “Some people think merely thinking about someone else is a betrayal!”

The notion of monogamy is a far more recent social construct than we might have thought, too.

“Historically, people used to marry one partner for practical and economic reasons and then have romantic lovers on the side,” she points out.

If relationship-challenging comedy cuts a little too close to the bone, then the Camden Fringe has plenty more shows up its sleeve ready to take you in other directions, such as Geoff Williams’ play Trapped In Abstraction. 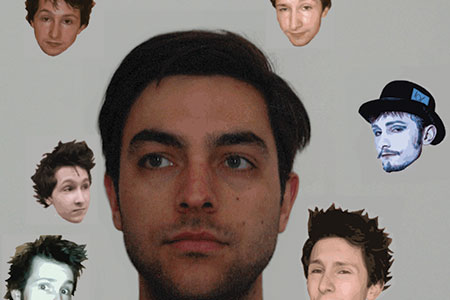 Inner monologue: Geoff Williams goes inside his own head

“It began with my philosophical interest in the fact we’re all rather isolated in our own heads but feel able to relate to and understand other people,” co-writer and star Williams says of his brain-befuddling work.

Abstraction is all set inside his own mind and the struggles between him and the voice – named the ‘circus master’ – within his head. It’s “the voice of conscience, antagonism and social conformity,” he explains.

“I wondered what an auto-biographical piece might have to offer someone other than me, like: why are we at all interested in finding out about other people’s lives and why are celebrities the only people allowed to tell stories about themselves?”

“I’ve been assured I am not insane,” Williams hastens to add. “So you don’t have to worry.”Worried? Us? No way. Intrigued? You better believe it! 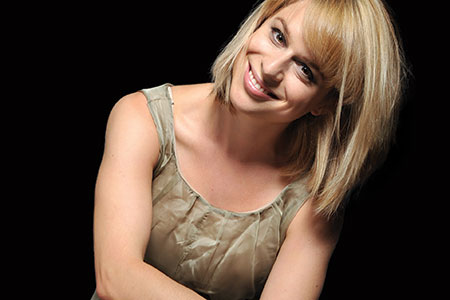 Amy Howerska: The Only Jew In Swansea – Camden Head

Amy Howerska (below) is a Polish-Irish-Catholic-Jew, who was raised in Wales, and this show chronicles the trials and tribulations of such a culturally eclectic upbringing. It is also, as Howerska herself says, “really deep and shit”. And, we presume, more than a little funny, too.

Basil, Sybil and Manuel line up in this live and interactive as-you-dine tribute to the iconic Seventies sitcom, starring John Cleese as the hapless owner of a British seaside hotel where everything that could go wrong, went wrong – all the time. So things you might reasonably be able to expect from this full evening of entertainment include visits from the health inspector, arguments over the war, and, probably, Manuel getting hit over the head. 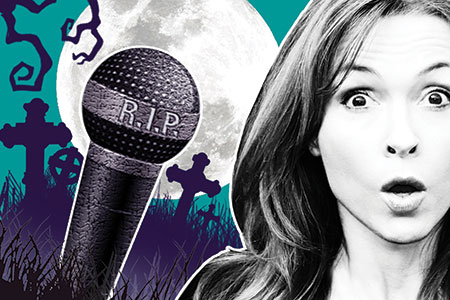 The Camden Fringe incorporates comedy, music and theatre and Gray seems to have taken this to heart and thrown the holy trinity into her own show. She peeks behind the scenes to look at the fragility of the human mind and the issues and events which can cause it to run off its rails. For her, this is the titular karaoke machine, rolled out here in a hilariously life-affirming show. 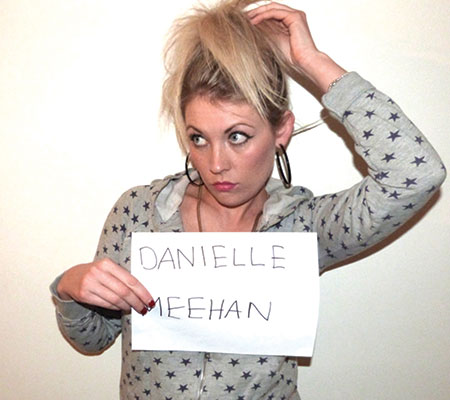 The Wrong Side of Right – Phoenix Artist Club

Danielle Meehan is an actress from Lewisham, east London, who gives this ultra-hilarious first-hand account of what life is like when you are trying to make it in the acting business. The real experience behind auditions and what happens on the infamous casting couch.

Coughlan brings his raucous and visceral stand-up show – which wowed at the Edinburgh and Brighton Fringe fest last year – to Camden. It clearly pushes the boundaries – as the name suggests – and he’s not afraid of calling it like he sees it. If you’re easily offended or empty-headed, best give this one a miss. 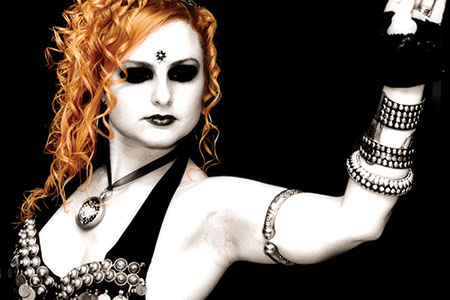 This contemporary show sets out to change your perceptions about belly dancing.

Sarah Heenan: How To Run The Country – Camden Head

This truly diverse show spans from 1979 to 1990, sort of, from a girl running around the playground shouting, “girls are better than boys” up to said girl’s grown-up role 11 years later in the Thatcher-sparked Poll Tax riots. Heenan puts herself amid these events in a highly inventive show.

She wonders what Maggie would have to say about all of this, expressing herself as she does through song, of course. A new spin on the Iron Lady’s legacy?

The two-man team who brought you such deliciously offbeat musicals Dinosaur Planet and Hey Hey 16K unveil their new production featuring superheroes, robots, pirates and kittens, and no small amount of silliness, of course. Did we mention it was more than a little unhinged? 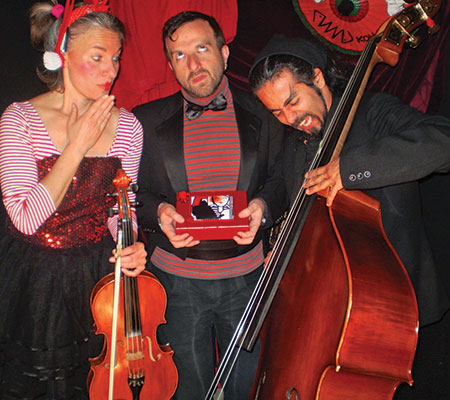 Abrador: Have You Ever Tried It? – Collection Theatre

Cabaret, theatre, music and circus as old songs get an update from the Abrador Trio.

Three Yorkshire lasses – from the titular northern town – sing songs and perform sketches and the odd spoken word offering in this wide-ranging show that promises zany laughs and even the reason as to how Jesus ended up in a chip shop in Whitby. Weirdly wonderful.

Comedian, singer and storyteller Zehra performs this one-woman show that discusses religion and politics and what it was like growing up a UK-raised Kashmiri before moving back to her parents’ home nation, where she had to try to fit in – an atheist liberal in a religious family and country.

She recounts such experiences as having planned the perfect murder, going for a stroll outside the Kashmiri Green Zone, and arguing with a group of mullahs, as well as the aforementioned boiled water beverage with the terrorists.

Eight – Upstairs at the Gatehouse

Eight monologues each lasting 10 minutes make up this work about the youth of today and the associated misconceptions and prejudices. 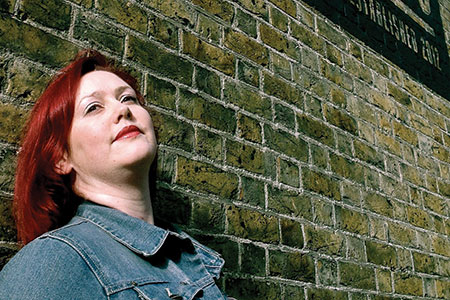 Too Cool to Care – Etcetera Theatre

Lolie Ware’s one-woman show illustrates that in life, there is much truth to the saying, “If you don’t laugh you’ll cry!” In this autobiographical show she talks about her life as a carer, how you must be SAS-trained in patience, irony, loneliness and laughter to get by, and the time her mother got arrested by the police for carrying a ‘deadly weapon’ that was actually a little crown made of paper.

Like a you-choose murder mystery, this highly inventive night uses story suggestions from the audience to influence the murder that The Murderettes – Peter Edwards, Matt Jones, Martin McCartney and Eve Truszkowska – will then go on to commit. 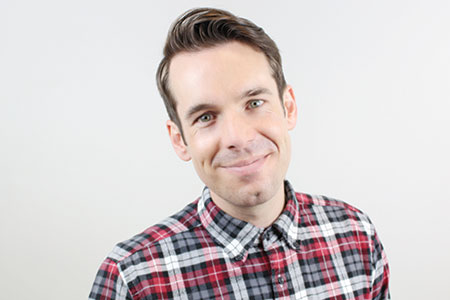 Simon Feilder: All The Things I’m Not – Etcetera Theatre

Comedian Feilder aims to get to the bottom of all the things in life that he isn’t – manly, French – in this hour of stand-up, overhead projections and, maybe, an odd song or two. 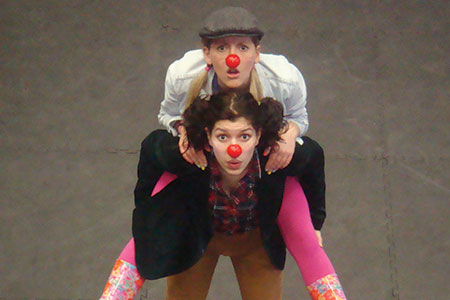 Plumpkin: Two Heads Are Better Than One – Etcetera Theatre

Daily routines such as making a cuppa or getting dressed feature in this endearingly staged show. Sweet choreography and contemporary clowning.

Hot new talent Rachel Creeger’s production is about paramedic Leo, who has had insomnia since a university accident, and learns a little about himself with each pupil he meets while teaching student EMTs (emergency medicine technicians). Gripping.

Richard Tyrone-Jones: What The Fuck Is This? – Etcetera Theatre

Mr Tyrone Jones is a writer and performer (his last show, Big Heart, was about the heart failure he got on his 30th birthday) and also the director of Utter! spoken word company. This Fringe offering sees him assault the audience by saying “What the fuck is this?” for an hour to a cornucopia of stimuli, including slides, and monotremes. If this sounds a little weird to you then you’re not alone.

7 amazing things to do in Africa