Described as somewhere between The Clash and Dizzee Rascal, south London lyricist Jamie T took the music world by storm with his Mercury Music Prize nominated debut. About to tour Oz with his second album, we got him on the phone from the UK, stupidly early in the morning.

Hi Jamie, what you up to? I’m finishing a track off this evening for iTunes, they want like an exclusive track for the album. What you been up to, I suppose you’ve only been up for about 10 minutes?

Ha, yeah I’m not too with it yet. Well mate, thanks for waking up so fucking early eh.

No worries. So your new album’s out soon. Was it as hard as second albums are meant to be? I dunno man. Are second albums hard? Yeah, I suppose they are, but only because of people around you talking. I think they’re hard if you take too much notice of the outside world. You’ve just got to take it song by song, not rush it. Think with a clear head, or if not a clear head, a completely mental head, you know, ha. Don’t go for some halfway kind of tipsy look.

Do you enjoy the recording process? Ah yeah, we had some real fun. We had a bit of a tough time at first, well I did. You know when you go a bit loopy because you’ve been in one room for too long. So we moved to a studio with a bar across the road which we kind of held up in and got to know all the staff so it was really funny times. There was a lot of antics going on, a lot of jovial shit. Somebody asked me the other day “do you feel like you’ve matured in this second record?” and I was like, “fuck no, if anything we’ve become children again”. We were running around like absolute madmen.

Do your record label people despair? They’ve given up these days man. We’ve locked them out of enough studios in our time for them to know they’re not allowed in.

You refer to your hometown Wimbledon quite a bit in your music, like in “Sticks and Stones”… Yeah I still hang out with all my friends. That song’s about reminiscing a lot when I was younger and stuff. It still holds a lot of memories for me.

Do many people make A-Team gags about your name? Not as much as you would think. Mr T’s pretty cool isn’t he? But I don’t really look like him do I, I suppose.

You’re more of a Murdoch perhaps? Is Murdoch like the crazy one with the line on the back of his leather jacket? Yeah I like that guy, he was cool. I’d rather be Murdoch.

And you’re touring Oz pretty soon aren’t you? It’ll be great fun man. The crowds in Australia are really good. The times we’ve been over there we’ve had a great time, real good energy at gigs. So we’re all hyped.

Any places stand out? I really enjoy Melbourne. I met some great people there and ate some great food. It’s like New York with no one in it, funnily enough. There’s some cool little night spots there, I’ve just got fond memories of it.

Anywhere else? You don’t actually see that much. I’ve been to quite a few cities now but I haven’t actually seen them, which is kind of sad. Hopefully I’ll get to see them at some point. We try and at least go out at night a bit and just check the scene out and stuff. But in the days we don’t really see much because we have sound checks and stuff. There’s a lot of time hanging around but just never time to actually go do anything which is really frustrating. But hey ho, I can be a tourist another year you know.

Prefer touring solo or with the band? I like both for separate reasons. It’s really fun touring with the band but it can be pretty fucking frantic. I think I’ve found a happy medium with the boys these days, I’ve known them since I was a kid anyway, they know what I’m like when I need a bit of space and stuff. It works well for us pretty much. They can lead me astray sometimes I must admit.

Because you like to be quiet and stay in… Ah no, nothing like that, fuck no. No, er, I plead the fifth. South Americans. Something along those lines. But yeah, we all have fun you know. Some of my band like partying and dancing, others like sitting in the corners of bars talking to old men.

Interview with The School of Seven Bells 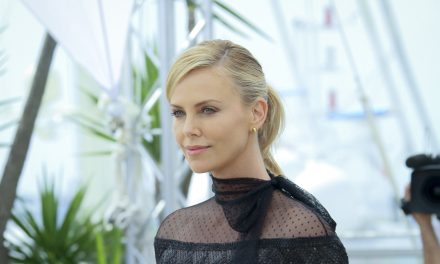