With a smoky, sassy-sounding debut album that has been billed as one of the best Australian newcomers in years, Lanie Lane is an artist you’ll want to keep an eye on…

Why did you become a singer?
I guess sometimes these things aren’t really a decision, it’s more a thing you have to do. I decided that I really wanted to do it as a career about five years ago. I was at a point in my life where I was going to settle down or focus on my career and I made the decision I would have to do that or I would always regret it.

What spurred that decision?
I was just in a relationship and for me it was that point of do I focus on this part of life or do I focus on being a musician?

You’ve had a whirlwind year so far, what’s been the highlight?
Obviously I loved working with Jack White and Claire Bowditch, going on tour. I’m enjoying learning and growing and being able to put out my first album.

What was Jack White like?
Really fun. Someone from management knew someone that worked at his record label and they passed on a few songs from my album and Jack really loved it and invited me over.

What is it like playing to a US audience?
It’s good; I think their sense of humour is a bit different. It’s just a different kind of people and they seem to really enjoy what I do and my music. I’m really just starting out there.

What is your album about?
The songs are about different things really. Different experiences I’ve had and different topics, there isn’t just one thing in particular.

What’s your fave song from the album?
I really love “To The Horses”. That’s a really special song for me; it’s almost like a spiritual song for me. It is just about me, who I am and following my dreams. Having to do what I do without having a choice about it and loving that. I also love the song “That’s What You Get” which is going to be the next single. That is a really fun song, I wrote that quite recently.

How would you describe your music?
It’s like a mix of blues and early rock and roll, kind of like early Elvis stuff. Style wise there’s a bit of rockabilly.

And your fashion style?
I’m starting to change a little bit. I’ve always had a lot of different styles coming and going. My fashion sense is “make an effort”. At the moment I think I am channelling this weird mix of cowgirl and Indian and fifties glamour.

There are a lot of pictures around with you wearing a harmonica around your neck. What is the significance there?
I have some harmonicas and I made the necklace. It’s quite a novelty. I really like it because it’s so chunky and different and no one else has one.

If you weren’t a musician, what would you be doing?
I would probably be living on a ranch and hanging out with horses. I would be some kind of artistic soul, but I can’t imagine doing anything else really.

When you are travelling the world, what is the one thing you always take with you?
I like to take my pillow. I have this really great pillow that is made out of this special fibre, but I left it in New York the other day so I am really pissed off about that.

What will you dress up as for Halloween?
I was thinking about this the other day and it would be fun to be the front of a horse. Not the back though, you don’t want to be the arse end of a horse.

If you pressed shuffle on your iPod right now, what song would come up?
A song by a girl called Miss Little, who is coming on tour with me. She has a song called “A Place Without Time”. It’s such a beautiful song and her voice is amazing, every time I hear it I get a bit teary.

If you could switch places with anyone in the world for a day, who would it be?
It would be fun to be Dolly Parton. I just think she is amazing. 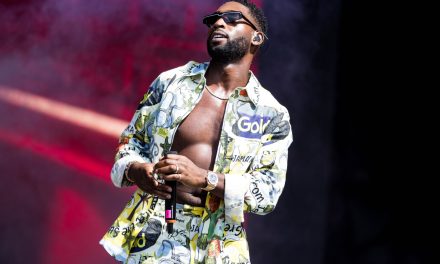