Do you fancy figures? We mean numbers, not bodies. Chances are you’d rather laze around on a beach during the summer months than spend hours in an office, however unless you’re travelling on daddy’s credit card you’ll have to get paid to have some fun. There is plenty of office space available for travellers, and if you’ve got some experience with numbers, the office usually comes with great views and big bucks.

“With unemployment at about 4.3 per cent, employers are continuing to find it difficult to recruit permanent staff,” says Craig Bernhardt, Director of Temporary Services at Robert Half International.

“This is leading to a larger than usual temporary job market as most tasks still need to be completed. We are often seeing clients take on temporary workers, for between three and six months, whilst they try to recruit the ‘perfect’ permanent candidate,” says Bernhardt.
“Just like in the UK, Australian employers like to utilise travellers as a temporary resource,” he adds.

Travellers are often wanted to fill gaps between permanent employment, and travellers have a reputation for giving 100 per cent effort to ensure that they gain favourable references.

However, rumours of hard-working travellers will only get you so far – in order to secure a position in accounting or in financial services, you will need to put together a convincing CV, get yourself some office clothes (thongs are no good here) and allow your personality to shine through.

“Employers more often than not choose the candidate who seems to have the most upbeat and outgoing attitude. Remember your skills are normally only 50 per cent of the consideration when making a hire. Attitude, adaptability and personality make up the other 50 per cent”, says Bernhardt.

As well as your fantastic personality, you will need to have some sort of number-crunching qualifications. The most popular qualifications include CIMA, ACA, ACCA and CPA.

The financial sector is one of the highest paying in Australia, and rates of pay range from $20/hour for accounts clerks through to $35/hour for part-qualified accountants and jumping to $60/hour for qualified financial or management accountants.

Some recruitment agencies offer training that will help you climb the ladder and get you something flash to put on your CV when you eventually return home (if you don’t get sponsored and stay, that is).

Robert Half offers an online training programme with 2,000 courses available to all registered candidates.

An Interview with an Accountant

What made you decide to come and work in Australia?
I have always wanted to come to Australia. I didn’t want to just come for a holiday. I felt that by working I would experience what life is like here. Going to the beach after work always sounded great.

What are you doing and where are you doing it?
I am working in the accounts department in a large company in Sydney, just outside the CBD.

Where in Australia have you worked/travelled so far?
I started in Melbourne and I have been up and down the east coast.

Where are you going next?
I am hoping to travel to Adelaide via the Great Ocean Road, then up through the middle of Oz to Alice Springs, Uluru and all the way to Darwin. I also hope to visit Kakadu.

What job experiences did you have from before?
My previous roles in Australia have also been in accounts and through these I have gained experience in other accounting systems which will be beneficial to me in the future. In Ireland I worked in accounts and a beauty salon and I have a lot of experience in the hospitality sector.

How does your job in Oz compare to back home?
My work in Australia is not as challenging as my previous roles. But as I’m doing temporary work it is understandable that I would would have less responsibility. This can also be an advantage as work is not so stressful and the atmosphere is more relaxed. After work drinks in the office on a Friday is something that I have not experienced in Ireland, but would definitely like to introduce when I go home!

What is the pay like?
I have earned $22 to $24/hour in all of my roles, that’s before tax. But it is a good way of saving as we can claim most of the tax back. I’ve found the jobs in Sydney seem to pay the best rate.

What’s the best work advice you were given?
Don’t get stressed over the little things! Just go in and do a good day’s work, as this is your means of saving for travelling.

What would you advise other people who want to work in your field?
Don’t be concerned by the ‘traveller tag’ that some people want to pin on you. Of course there are some travellers who are not dedicated to work and don’t show up, etc. It’s up to you to give travellers a good name by shaking off stereotypes and not letting the side down.

If you do have any problems with work, call your agency. They can be very helpful. And when you are standing on a packed train after a long day, just remember all you still have to see and experience. This will all be worth it because it’s an amazing country. 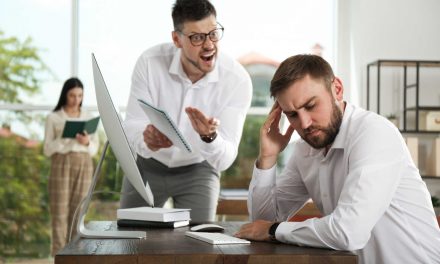 Signs You Might Be Dealing with a Toxic Work Environment