10. Arrowtown is only a 20 minute drive away

And you know what that means? Pies! A staple breakfast offering across the whole of New Zealand you’ll probably lose count of the amount of times you’re told  Bakery X’s/Y’s/Z’s are the best in the country. Really it’s only the offerings at Arrowtown Bakery that are deserving of this title, rendering all future pastry treats as worthless as a paper umbrella under a waterfall. Fillings including steak and cheese, bacon, Thai and butter chicken. Why the latter hasn’t yet reached the UK is beyond me. (Probably because it requires containing actual meat.) 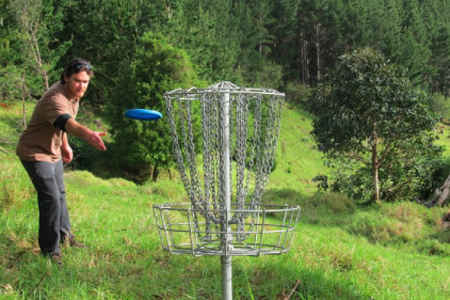 Not content with one activity at a time the Kiwis jammed two together decades ago. It’s basically golf, but with a frisbee. No, you don’t hit the frisbee with a golf club, you throw it into baskets. You’d be hard pushed to find any other ‘sport’ that can create a range of emotions – or a score above par – quite like it.  And if your mates are doing a fair bit better than you, there’s always the opportunity to aim for their head and make it look like an accident. Or, maybe aim away from their head and cross your fingers if you’re still struggling.

At this bar you’ll find beers the size of your head and a rodeo bull controlled by a girl who customises each ride depending on whether she’s taken an instant or gradual dislike to you. What better way is there to start the night? (Even if you do end up chinning the back of the bull’s head.) 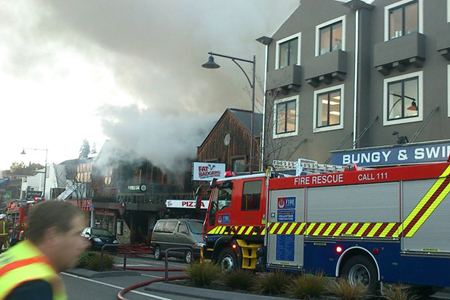 It might have caused the closure of World Bar and the ‘eat a whole 20 inch pizza and you get a free t-shirt!’ turned out to be a load of bollocks, but this place is a pizza lover’s wet dream with every available topping.

Snap on your GoPro and you’re ready to roll. Literally, because unlike go-karts these don’t require engines – just a steep enough track. A hell of a lot of fun and fucking brilliant when someone stacks it. 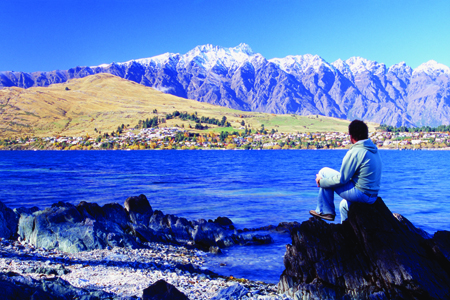 Have I mentioned that it’s a ski town? Come June the mountains are coated in POW so white you’ll wonder why they don’t try and put photos of them on the front of Christmas cards. Queue the arrival of striped beanies and fluorescent ski jackets unnecessarily worn indoors.

Just what they say on the tin, this mountain range provides a backdrop so glorious you wonder whether it might actually be just that, a backdrop. I’m thinking of the opening scene in Despicable Me when the fat kid flies into the inflatable fake pyramid. 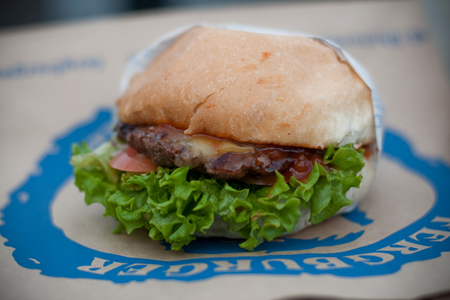 They aren’t just hamburgers, they’re a religion. Going to Queenstown and failing to try half the menu is like taking a trip to Sydney and not seeing the Opera House. Except, instead of a decent Facebook cover photo, you get at least half a pound of meat, cheese, salad, lashings of sauce and your hangover satisfied for at least an hour or two. I suppose you could make it a cover photo too. Personal favourites include cockadoodle oink (that’s chicken and bacon), The Godfather (fish) and Sweet Bambi (venison). The only issue is that, should you decide to venture there post World Bar (yes, it’ll be open!) you might not be able to remember how good it tasted.

When the great fire of Queenstown 2013 saw this hub of all things backpacker smoking at the ears, you could hear the weeping from the top of Mount Cook. Some sources say it’ll be back to business in a few weeks, others that it’ll be 12 months before the only proper ‘ club’ in Queenstown with a dance floor the size of your grandma’s living room, $5 drinks and more teapots than a Whittard’s will be back in business. 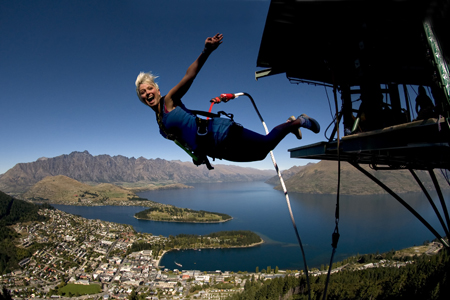 1. Even the adrenalin junkies get scared

Queenstown is like a pick ‘n’ mix shop of bungy jumps and canyon swings. Over water? Highest in New Zealand? What, you fancy somersaulting off the ledge? Well come on down? What, upside down and backwards? Behave yourself. Let’s strap you to that chair instead.